For the past three years, Special Olympics has braced for a political asteroid.

Such a proposal would have devastated an organization already pushed to capacity, disrupting its programming and ability to raise local funds.

The two previous times the Special Olympics faced budget cuts, the organization was quietly granted a stay of execution. But this time, outrage across the country swelled against the proposal and education secretary Betsy DeVos was publicly lashed in Congressional hearings. The crisis was brought to a swift end when President Donald Trump overrode the proposal, ensuring Special Olympics would remain funded.

A lesson in PR 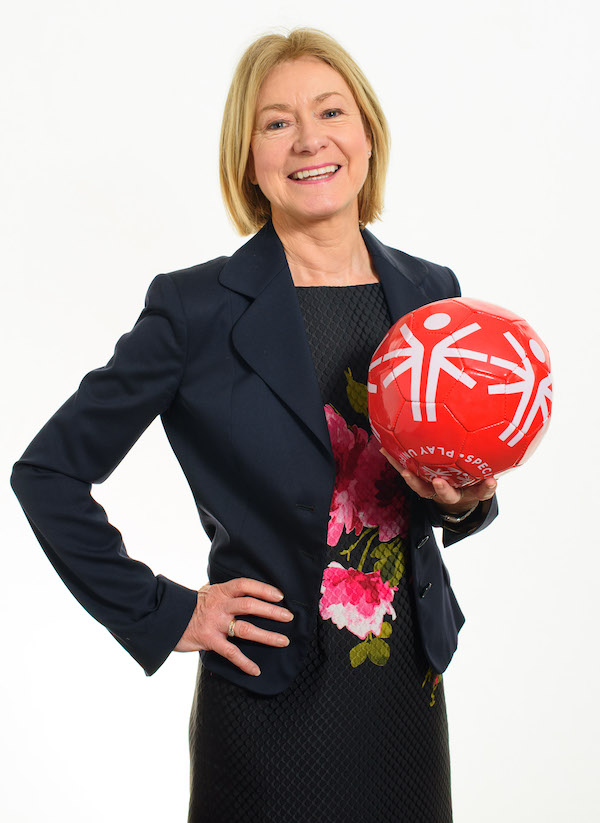 "The cuts were announced last year and the year before, but nobody took any notice," Davis says. "This time, because of the publicity, which shows you the power of communications in the work we do, the public revolted: This is not right. We can’t do this."

Besides serving as a lesson in PR, the event brings into sharper focus Special Olympics’ full scope of services. In some ways, "Special Olympics" is a misnomer: the Games represent only part of its work.

Its true mission is creating an inclusive environment, not only in the arena of sports, but also in schools, the workplace healthcare and across society.

Davis reminisces about her early days at Special Olympics 40 years ago when she was just a volunteer fresh from university with a degree in education. At the time, people with intellectual disabilities were institutionalized worldwide, forced to the margins of society. "There was that fear of the unknown," Davis says.

We use the power of sport and these schools to teach young people about the giftedness, about the talents, about the abilities.

Special Olympics was expanding to Ireland without a physical office. Another decade would pass before the regional chapter would have full-time staff. Davis became the first executive director of Special Olympics Ireland, subsequently rising to become regional director for the Europe/Eurasia region. She was promoted to CEO of Special Olympics in 2016, overseeing 4.9 million athletes and 250 full-time staff. "We use the power of sport and these schools to teach young people about the giftedness, about the talents, about the abilities," Davis explains.

A couple days before Davis came to New York City, she was marooned at an airport. The mood in the terminal turned sour after she and her fellow passengers waited for more than three hours to board their flight.

"And along came this person with Down syndrome," Davis says. "He was doing the vacuuming and he walked by with this big smile on his face, saying hello to everybody." Admiring his diligence, Davis says, "They’re smart and they’re great workers. It changed the way people sitting there felt."

Hiring people with intellectual disabilities shows a company has a greater understanding of diversity and inclusion. Their presence leads to a "workforce that’s more empathetic as well," she adds.

"We see so much division now and volatility and uncertainty that we need something like this. And I really believe that Special Olympics athletes and people with intellectual disabilities can provide that to the world today."

While extreme isolation is less common, conversations about diversity and inclusion in the workplace typically exclude people with intellectual disabilities.

Corporate partnerships, Davis adds, are vital to Special Olympics, but it doesn’t need just another brand that will cut a check and walk away. "Funding is very important to us, but that’s just one part," she says.

Davis says a partnership with Bank of America resulted in the hiring of 300 people in the bank’s marketing department. United Airlines allows Special Olympics to train its flight attendants to handle situations involving people with intellectual disabilities. When it comes to marketing and communications, Special Olympics can leverage Coca-Cola’s resources to amplify its message. WWE allows its talent, such as Big Show, to serve as brand ambassadors for Special Olympics.

Davis is keen to transform Special Olympics into a digital organization. It may develop an app for young parents whose children have been diagnosed with intellectual disability, serving as a repository for health information and a kind of social network.

"Parents don’t know where to look when a child is born with intellectual disability," Davis says. "I’ve talked to so many young families who are saying, ‘We don’t know where to find anything. How do we connect with people with children who have the same condition?’"

Special Olympics wants to beef up research to better understand the population it serves so it can improve its services. The last time this global population was surveyed was in 2011 when the World Health Organization found there were 200 million people with intellectual disabilities, a spokesperson says. "People with intellectual disabilities aren’t counted [in many countries]," Davis says. "They’re ignored — it’s disgraceful actually what happens."

But there is reason for hope. When the Summer World Games were held outside the U.S. for the first time, in 2003 in Ireland, Davis says she met a young couple whose daughter was diagnosed with Down syndrome. The couple felt relief at being welcomed and recognized by other parents, who were used to being ignored. "[Strangers] wouldn’t know whether to congratulate them on their child being born or to commiserate with them," Davis says.

But the Games breathed new life into the community. Children regarded the opportunity to participate in the Games as an event worthy of excitement. "The attitude was completely different than before the Games where it would be, ‘Oh, that poor family,’ you know," Davis says. "It will be joy rather than pity."