On 10 March, a Boeing 737 Max 8 operated by Ethiopian Airlines crashed outside Addis Ababa, killing all 157 passengers and crew. A similar incident five months earlier saw Lion Air 610 plunge into the Java Sea - an investigation in November found the plane safe to fly.

Top of the Year: Greggs - from PR masterclasses to shifting perceptions

Almost immediately, Boeing appeared on the back foot, as authorities in China, the EU, the US and elsewhere, and some airlines, blocked use of the jets.

By 'outsourcing' the decision on whether to continue using the planes, Boeing appeared indecisive.

Repeated insistence that the planes were safe wasn't enough. A global fleet grounding would have caused a big financial hit, but when customers are looking for trust and certainty, such actions would have at least shown Boeing was taking the crisis with the utmost seriousness.

The crisis continued throughout the year.

Later, Paul Njoroge, a relative of five survivors, told a congressional hearing that Boeing had acted with "utter prejudice and disrespect". And reports emerged that a Boeing pilot complained to a colleague he had problems with a flight control system two years before the crashes. 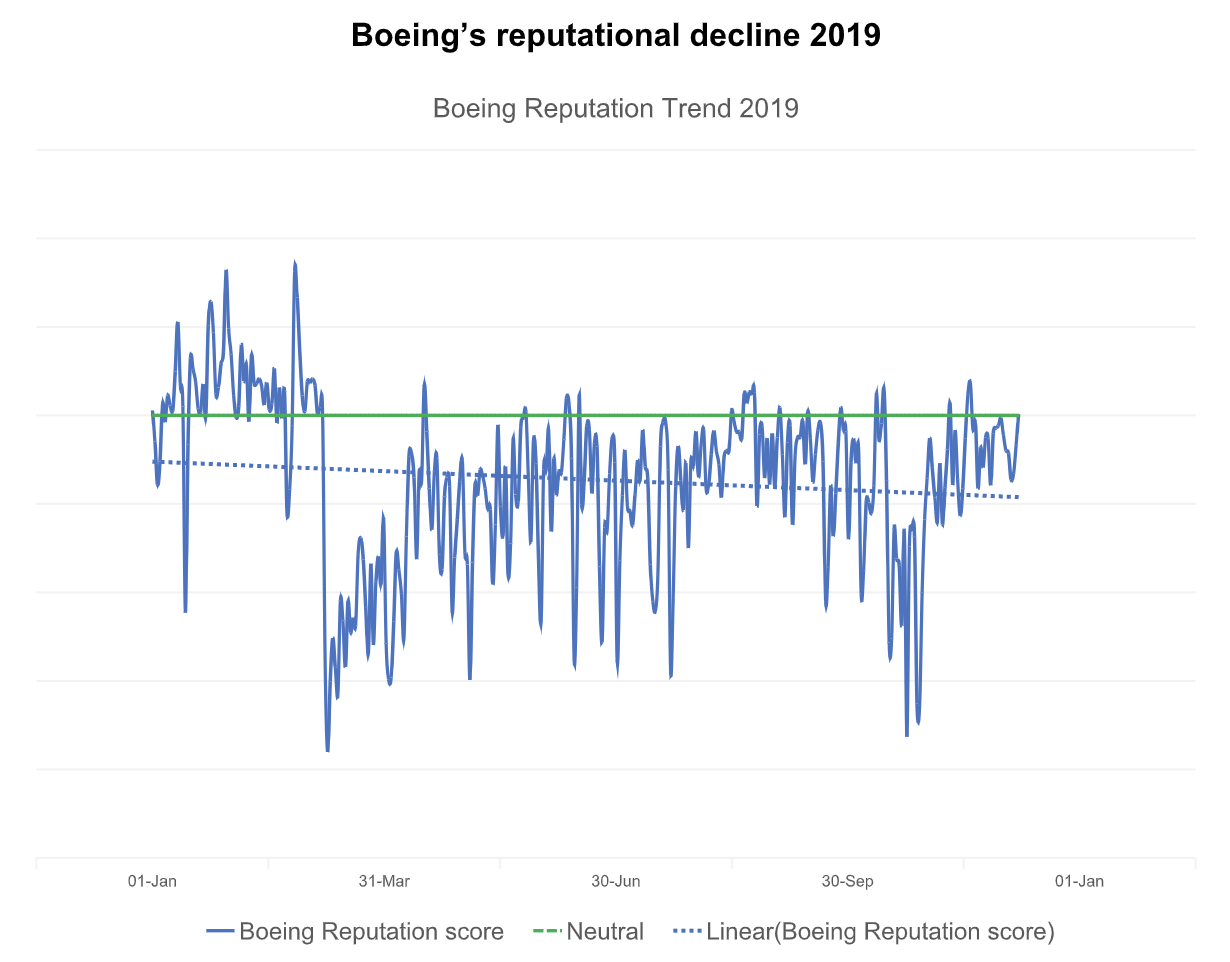 Analysis by Alva for PRWeek (above) found Boeing's reputation among the public has fallen significantly since 10 March, dipping sharply during various 'flash points'.

Boeing's share price has also been volatile, while Q3 profits fell more than 50 per cent and revenue by 20 per cent.

CEO Dennis Muilenburg has said Boeing’s comms were "not consistent" and that was "unacceptable". The company will hope newly-promoted comms chief Conrad Chun can be a guiding force as the belleagured airline looks to regain trust in 2020.

The biggest PR stories of 2019