Over the last few days, you might have heard of something called the Citizenship Amendment Bill (CAB) which is part of the government’s broader Hindu nationalist agenda. The bill changes India’s naturalisation process for citizenship. The latest amendment allows Hindus, Sikhs, Buddhists, Jains, Parsees and Christians who migrated to India from Afghanistan, Bangladesh and Pakistan to become citizens.

The amendment excludes Muslim asylum seekers from acquiring refugee status – and eventually citizenship. The government has yet to provide an explanation for why it is excluding Muslim migrants from Pakistan, Afghanistan and Bangladesh.

The bill threatens the country’s democratic constitutional order and has sparked widespread outrage and protest. Regardless of whether you agree with the government, these images are not the India the government wants the world to see.

The criticism isn’t about whether to grant asylum to those seeking it; it is that religion has become the deciding factor. It is not a stretch to assume in this current environment – without proper documentation – Muslims will be asked to prove their citizenship. Ultimately, this could put them in large-scale detention camps that the government has recently started constructing.

Across the country, large and mostly peaceful rallies are taking place. However, in New Delhi, protests took a violent turn with disturbing visuals emerging from the prestigious Jamia Millia Islamia University, leading to the detention of 35 students. Buses and vehicles were torched, roads were blocked, and metro stations shut down.

Internationally, too, the law has raised concerns and damaged India’s credibility. In the US, The House of Foreign Affairs Committee condemned a religious test for citizenship, while the U.S Commission on International Religious Freedom (USCIRF) is calling for the White House to impose sanctions on Home Minister Amit Shah.

The role of the internet

In response to mounting outrage over the bill, the Modi-Shah government resorted to a familiar tactic: shutting down the internet in the four Northeastern states of Assam, Tripura, Meghalaya and Arunachal Pradesh.

India now leads the world in the number of internet shut downs, with more than 100 reported incidents in 2018 alone, according to an annual study by Freedom House. As of this week, it has been more than four months since the government shutdown the internet in Kashmir, the longest-ever imposed ban in a democracy. Only authoritarian regimes in China and Myanmar have shut down the internet for longer.

These shutdowns have an economic cost. A study by the Indian Council for Research on International Economic Relations found that 16,315 hours of internet shutdown in India from 2012-2017 cost the already faltering economy more than US$3 billion.

Beyond this, internet shutdowns leave many citizens less informed or misinformed about their government’s activity. This is hugely alarming in a country where fake news thrives and where majority of the mainstream media no longer holds the government accountable.

Ironically, even as the government uses internet shutdowns as a strategy to curb freedom, more Indians are going online to debate this bill. The prime minister himself used Twitter to reassure residents of states that didn’t have internet access.

In the last one week alone—since the bill was passed in the lower house of parliament—there have been more than 1.08 million social posts discussing the bill, based on popular pro-and-anti-citizenship bill hashtags on media intelligence tool Meltwater.

But even online India remains more divided than ever. My own post supporting a peaceful rally in Bengaluru was scoffed at by a couple of Facebook friends. At least two of those in favour of the bill argued that the gatherings were not large enough or local enough to be meaningful.

The good news, however, is that far more people, both publicly and privately, reached out to describe their feelings of unease with the government’s communally divisive agenda. While this doesn’t do much to overturn the bigoted law, it’s a step in the right direction. 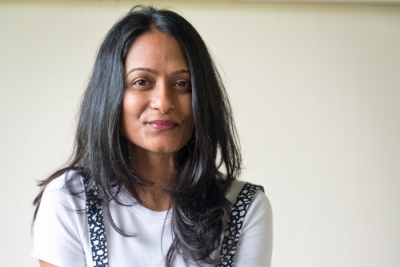