So, the fifth consultancy - in alphabetical order - on our shortlist… Taylor Herring.

This agency is almost twenty years old but in the last five years Taylor Herring has hit a new peak. Husband and wife team James Herring and Cath Taylor founded it in 2001 as an ‘entertainment communications agency’, but now refer to it as a ‘creative PR agency’.

And it has certainly proven that, with more PRWeek Awards campaign winners – including six in 2018 – than any other agency this decade. Much credit here should go to chief creative officer and managing partner Peter Mountstevens, at the agency since the early days.

In 2019, among many other accolades, it won PRWeek’s Small Consultancy of the Year. Yes, it remains a boutique, with £3.6m annual turnover last year, but – with 25 staff – it’s comparatively profitable for a consumer PR firm and grew the top line 11 per cent in 2018.

Big brand clients appear to appreciate Taylor Herring’s ‘hot shop’ approach, handing the firm briefs that they may once have given instead to an advertising agency. Notably these include Samsung, for which the consultancy created a TV commercial promoting its QuikDrive washing machine last year, pulling in multiple awards. 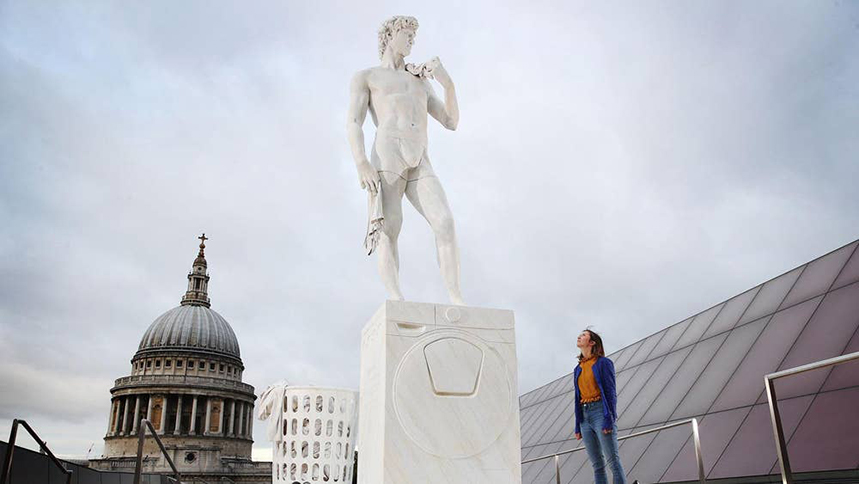 Taylor Herring's work for Samsung has been universally acclaimed

Its work for Greggs has been consistently innovative; such as rebranding the baker as ‘Gregory & Gregory’ for a middle-class food festival in 2018 and dominating Valentine’s Day coverage this year by creating a Greggs romantic dinner offer.

Equally, Taylor Herring’s animatronic creations on the streets of London have gone down a storm; most notably the Orangutan for Iceland’s Christmas campaign last year – and a giant polar bear to promote TV show Fortitude in 2015.

Arguably more than any other agency Taylor Herring has helped redefine brand PR over the past ten years.