Over the last couple of years, we’ve seen that trust around the world is eroding. According to Edelman’s 2018 Trust Barometer, people have grown distrustful of celebrity influencers and they’re increasingly relying on friends, family and immediate connections who often have a small and tight following on social media.

This has resulted in the rise of micro-influencers who have now overtaken celebrities as the top choice for brand endorsements and commercial collaborations.

On the surface, the smaller follower base of micro-influencers may mean less reach when compared to larger influencers, but there are other factors that make it a compelling proposition for brands. Meltwater’s data revealed that micro-influencers represent 84% of total sponsored posts on Instagram last year.

For instance, during the Hari Raya period this year, L’Oreal Malaysia had the aim of pushing three brands: L’Oreal Paris, Maybelline and Garnier. As part of its #RayaCantikBergaya campaign, the company worked with local micro-influencers to create video tutorials, which were shared on a dedicated website and influencers’ own assets. Overall, the campaign saw a 12.9% improvement in engagement rates, 7,000 mentions, and 1.9 million trend impressions.

Part of the reason marketers are leveraging this group of influencers is their engagement rate. Among influencers in general, the larger the following, the more an influencer’s engagement declines – an inevitable outcome of a broad audience base. Put simply, this means that content from micro-influencers is likely going to be engaged with in a more meaningful way.

Cost is another big draw for marketers. Having a smaller audience costs less. Of course, this also means brands will have to recruit several relevant micro-influencers, but even so, total costs would be lower than a single high-profile celebrity.

Beyond this, micro-influencers are proving effective in breaking down geographical barriers. The social commerce space which routinely uses micro-influencers in new markets, has proved shorter sales cycles as customers are directly from social posts to shopping carts.

South Korea’s beauty industry, for example, has witnessed explosive growth as brands are engaging influencers from overseas markets to drive demand for exports. In China, where 87% of internet users are receptive to branded content, influencer campaigns utilising WeChat, TikTok, "XiaoHongShu - The Little Red Book" or Weibo present enormous cross-border sales opportunities in markets like Singapore that rely heavily on tourism receipts from China.

Now that we’ve made the case for not relying solely on follower counts, how do brands choose the right influencers to work with? Focus instead on the audience niche that an influencer speaks to by drilling into the demographic breakdown of their followers, as well as an analysis of the type of content they post. Beyond this, consider an influencer’s "network effect" – or their circle of friends as a reliable barometer for influence.

With people increasingly turning to their immediate communities and networks for advice, brands have a huge opportunity to drive both authenticity and awareness. 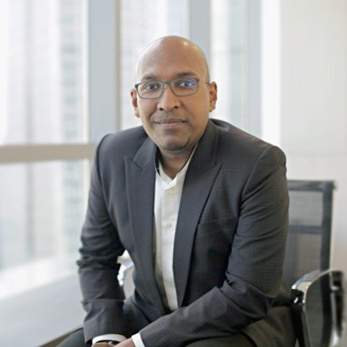