So, the second consultancy - in alphabetical order - on our shortlist is… Edelman.

At the start of this decade – for the year 2010 – Edelman’s UK fee income was £28.8m, which made it the fifth biggest agency in the country.

This year (2019) the firm’s UK fee income will likely top £65m and it will once again lead the table of British consultancies. Although it used to sit behind the ill-fated Bell Pottinger in the PRWeek Top 150 list, Edelman has in recent years also overtaken other PR behemoths such as Weber Shandwick and Brunswick.

Former BBC and Reuters comms director Ed Williams – now EMEA chief – has led Edelman’s UK and Ireland business since October 2011, during which time he has massively increased revenue by growing the business into new areas like corporate advisory, research and polling and risk management.

At the same time the agency’s brand and campaigning work has continued to be a strength – in recent years under the supervision of directors Ruth Warder and Jackie Cooper (below) – in line with Richard Edelman’s global ‘communications marketing’ approach. 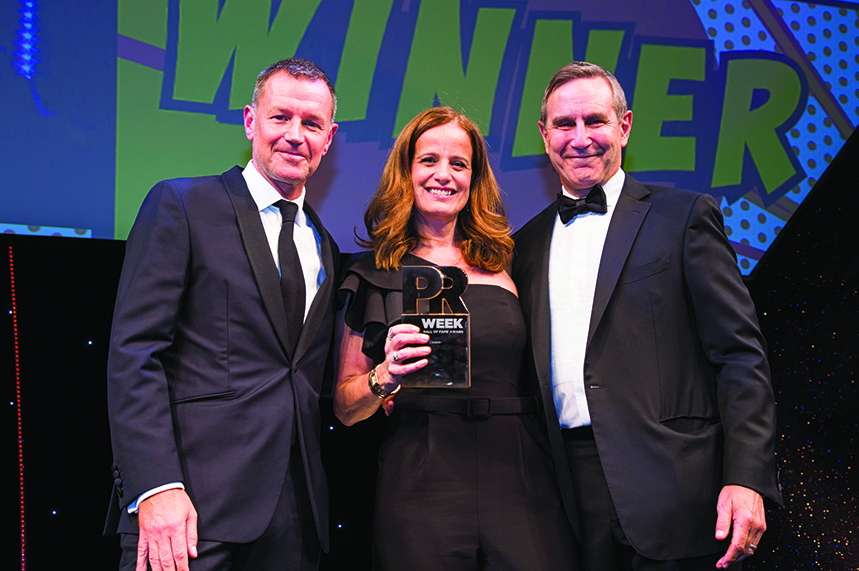 Jackie Cooper, alongside Danny Rogers (left) and Richard Edelman, was inducted into PRWeek's Hall of Fame in 2018

With long-term client relationships such as Shell and Unilever being augmented with some innovative work, from Asics to Novartis, Edelman is now the quintessential modern, multi-disciplinary comms consultancy; equally adept in consumer campaigning as it is in healthcare, tech and financial (thanks to the acquisition of agency Smithfield in 2015).

And although its leadership sometimes shies away from calling what it does ‘public relations’, the agency has achieved the PR industry’s best piece of thought leadership with the annual Trust Barometer, which is an important societal benchmark at the beginning of each year.

Edelman is the world’s biggest PR network, despite retaining its independent status – something still important to its global CEO, Richard Edelman – but Edelman London has also carved out its own distinctive culture and market leadership, which also acts as the hub to dominate PR in EMEA.