The third-biggest supermarket chain in the UK moved its consumer PR account from Freuds to Hope&Glory without a pitch. It had appointed Freuds less than a year before, after a seven-way pitch process. Sainsbury's (above) said it would continue to work with Freuds on other projects. The agency represented the retailer across its food, drinks and brand, as well as on its key 'Live well for less' brand proposition - the same areas of the business have moved to Hope&Glory. Freuds had replaced Golin, which severed ties with Sainsbury's in October 2017 after a restructure of its entire comms function, following the retailer's acquisitions of Argos and Habitat. Sainsbury's, Freuds or Hope & Glory declined to comment on the move, adhering to the supermarket's strict policy against commenting on individual suppliers. 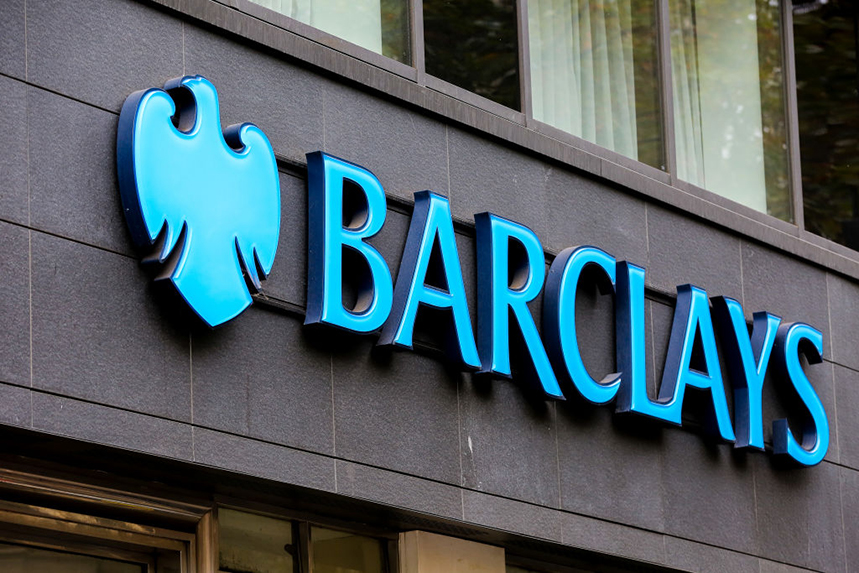 Last month, Barclays appointed Hanover for a corporate PR brief following a competitive pitch. Details of the tightly guarded brief are scarce, but it is believed the account could be worth a high six-figure sum. It is understood the corporate PR brief is wide-ranging across several Barclays divisions. Hanover won this year's PRWeek UK Award for Issues and Reputation Management for its 'Managing Milestones in Multiple Sclerosis' work with Roche and was shortlisted for Mid-sized Consultancy of the Year. It increased revenue by 18 per cent to £13.9m in 2018 and has 129 staff, according to the PRWeek UK Top 150 Consultancies report. 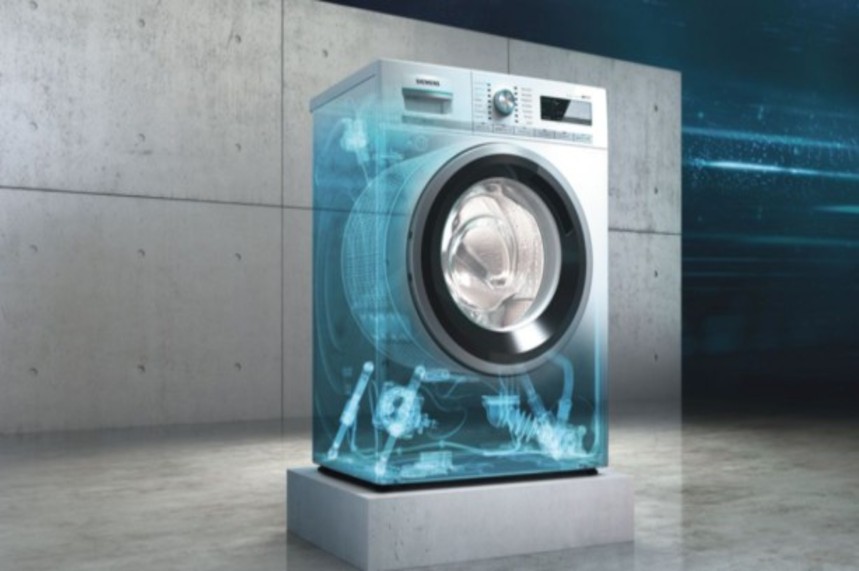 Home appliance manufacturer BSH, owner of brands including Bosch and Siemens, awarded a six-figure comms brief to agency Smarts Communicate in April, following a competitive pitch. The win put Smarts in command of UK consumer comms campaigns across the Bosch, NEFF, Siemens and Gaggenau brands, to support the growth of BSH in the UK. With the brief for each brand unique, the task is to produce "innovative and arresting campaigns that will resonate with consumers", while remaining true to the individual personality of each brand. 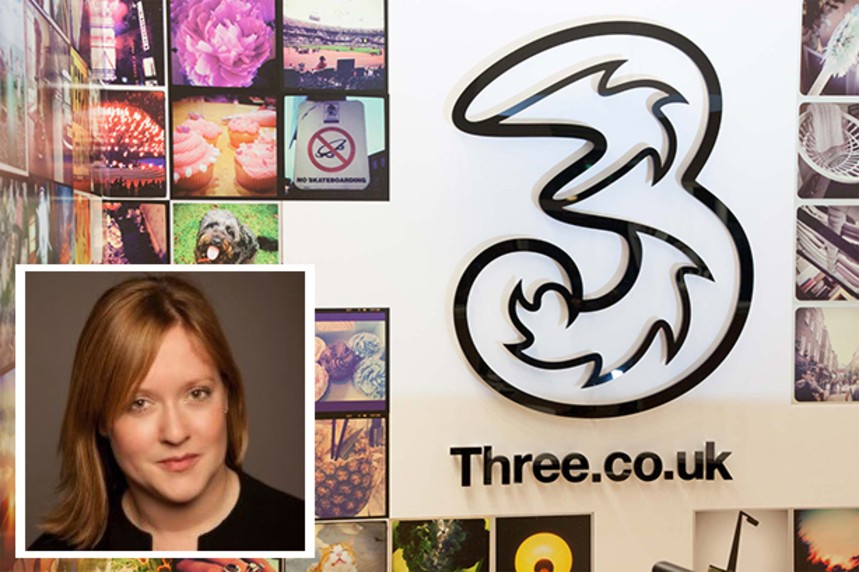 The telecoms provider moved its consumer PR account to PrettyGreen and appointed Laura Wilkinson-Rea, previously head of consumer PR UK and Ireland at eBay, as its new head of PR and social. At Three, Wilkinson-Rea took over a team of eight in-house PR and social media specialists – including consumer PR leads Verity Henderson and Ali Lubbock – reporting to director of brand and communications Kat Ward-Smith. The move followed the opening of Studio Three, a brand content hub that aims to produce and deliver "faster, engaging social-led content supporting the company's mission to become the UK's best-loved brand". W Communications previously handled consumer PR for Three. 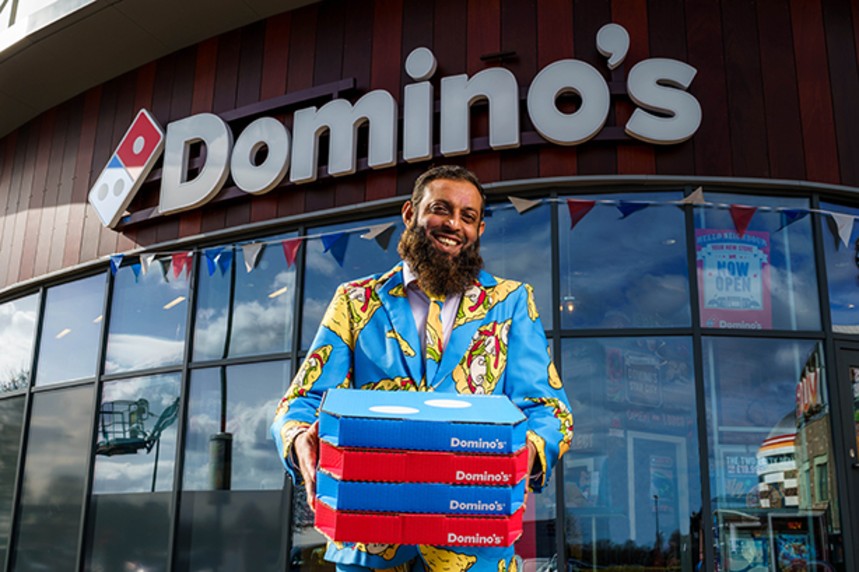 It has been a good year for Brunswick. In February, it upped 21 employees in 15 offices to partner - the highest number of promotions to the position in the firm's history. In June, the agency was appointed as corporate PR partner for Domino's, after a competitive pitch, with a broad remit that also included financial PR and public affairs. The Domino's corporate account was previously handled by Maitland for three-and-a-half years. A periodic review process began earlier this year and culminated in a pitch between Tulchan, FTI Consulting, Headland and Brunswick.

Domino's also restructured its communications function, giving it greater prominence across the company as internal business partners. The company moved away from a traditional delivery channel comms model toward one it said will build "authentic reputation from the inside-out", influence commercial strategy and drive behavioural change across the enterprise. 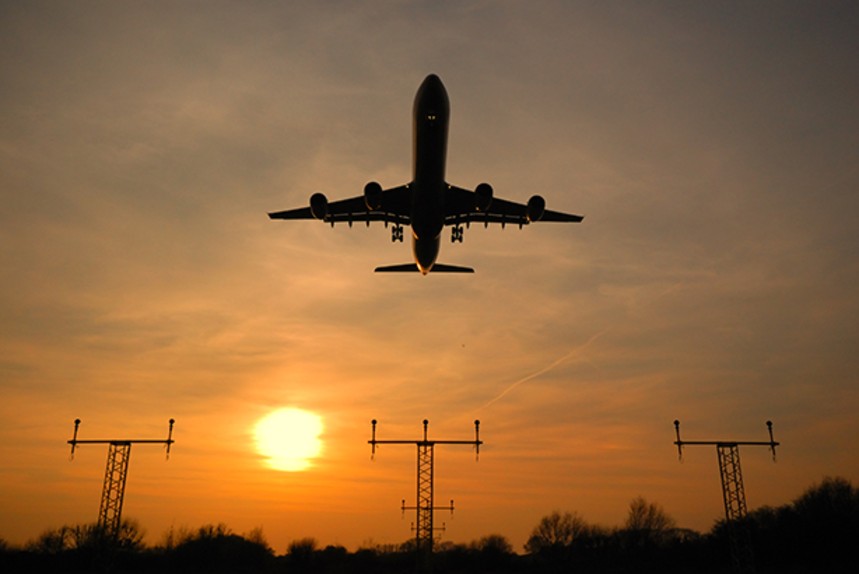 The UK's busiest airport appointed three new agencies to join its consumer PR roster in June, following a full-tender review. The Academy, Kindred and Inkling Culture and Entertainment were picked to form a consumer support network to deliver a broad range of brand and consumer campaigns. A total of 42 agencies applied to be part of the roster after the brief was released in February. The agencies will be part of Heathrow’s consumer team for a three-year contract and will be invited to respond to a variety of brand, retail, premium lifestyle and services briefs - aiming to build pride and trust in the brand.

7. Whopper of a win for Frank 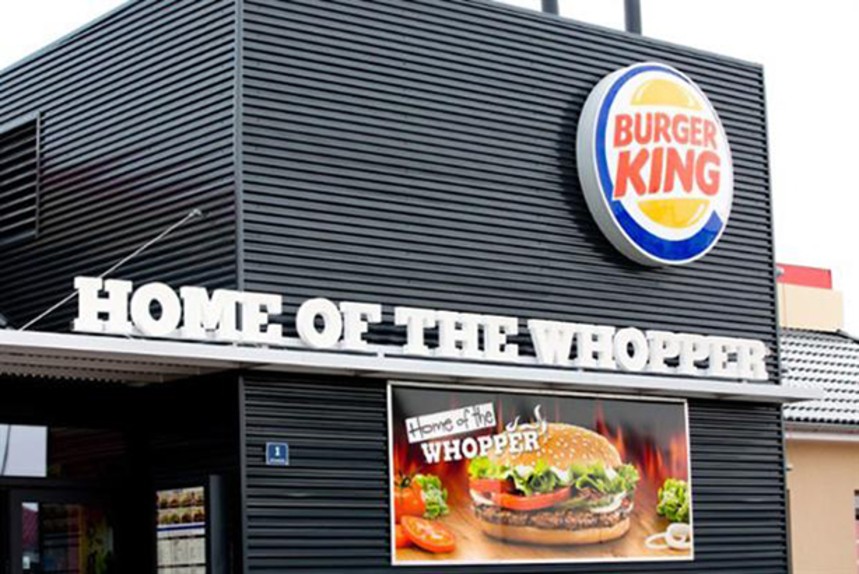 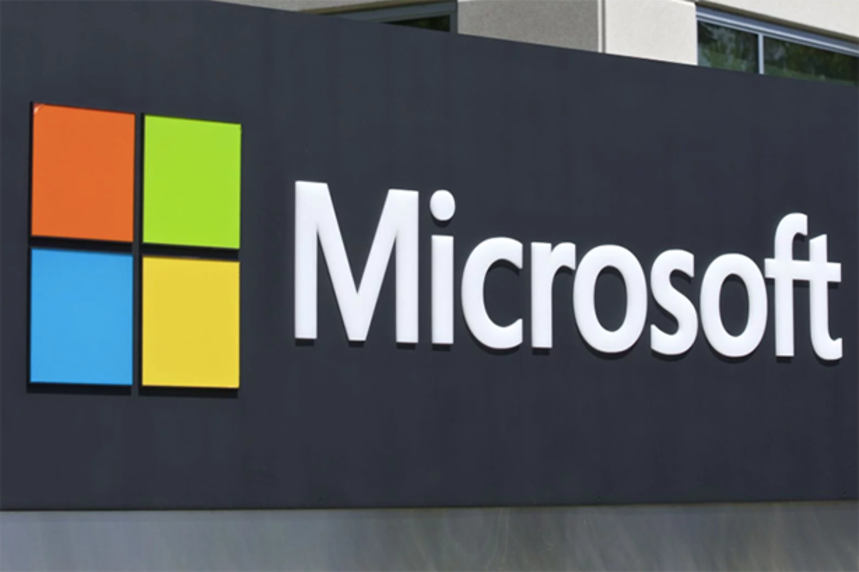 Back in March Microsoft moved its six-figure consumer PR account from 3 Monkeys Zeno to sister shop Assembly, ending a 10-year relationship with the agency. Assembly is a bespoke agency created by Edelman that combines PR, digital, social, measurement and creative on behalf of Microsoft. Edelman and 3 Monkeys Zeno are both parts of Daniel J. Edelman Holdings. The move to Assembly consolidates consumer PR into a broader mix of PR disciplines that the agency already handles in the UK.

3 Monkeys Zeno won the Microsoft consumer PR account from Red Consultancy in 2009. In 2012, Microsoft added social media to the agency's remit following a pitch. A year later Microsoft handed its UK B2B account to Edelman, adding to its remit of corporate comms and Xbox PR duties. 3 Monkeys Zeno and Microsoft won awards during their partnership, including the 2016 PRWeek Best B2B campaign, and also gained acclaim for a ‘mythbusting’ influencer campaign. Microsoft's consumer PR account is believed to be worth six-figures in fees, although it is not the largest account at 3 Monkeys Zeno, which also has Lenovo on its books. 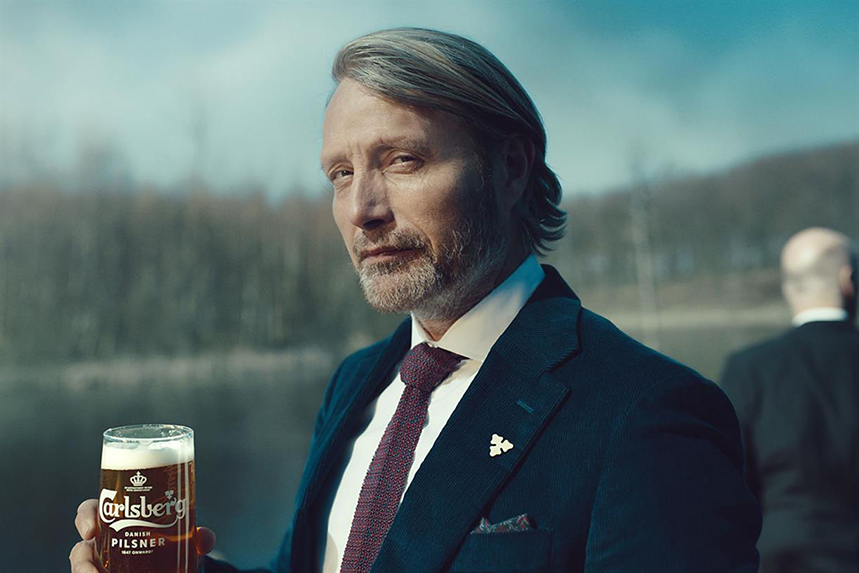 The Danish beer brand appointed Golin as its PR agency partner, aligning its brand and corporate PR through one agency for the first time. The agency will commence work in January and report to the brewer's vice-president of marketing, Liam Newton, and head of corporate affairs Andrew Roache. The account moved from Clifford French, which held it for five years.

PR bosses had praised the honesty of the Danish brewer after it changed its beer recipe, stating it had been 'rebrewed from head to hop', and launched a 'Mean Tweets' social-media drive, which culminated in an integrated ad campaign across outdoor, print and digital stating that Carlsberg was 'Probably not' the best beer in the world – a play on its classic slogan.

The brewer also launched a TV campaign fronted by Mads Mikkelsen (above) called 'The Lake'. 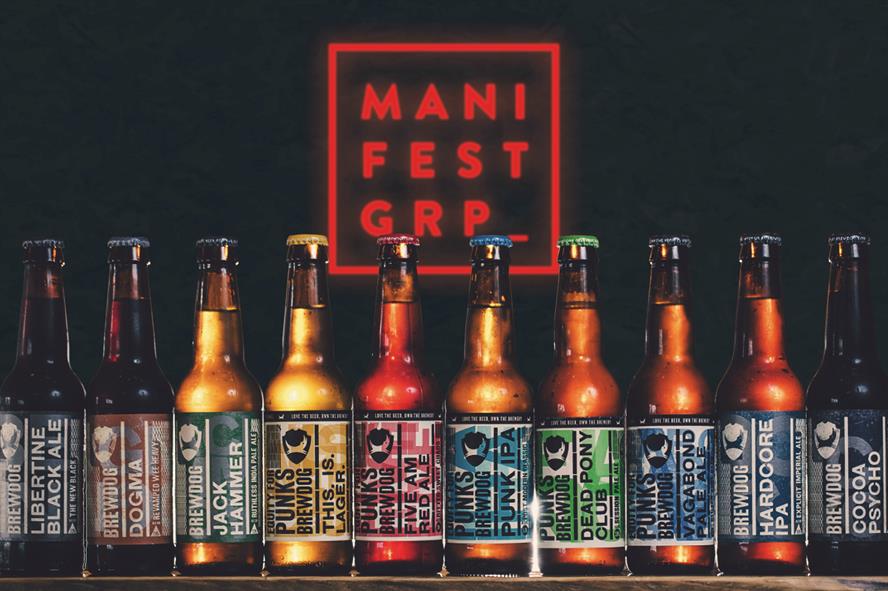 Finally, Scottish craft beer company BrewDog and Manifest parted ways in March after working together for the better part of a decade, as the 'punk' brewer set its sights on international expansion.  The agency's retained contract with BrewDog concluded at the end of February, with both parties deciding to part ways amicably after collaborating on some of the most memorable and successful campaigns in the drinks industry and chalking up nearly 50 industry awards.

Manifest helped the craft brewer develop from a relative minnow in 2010 to one of the fastest-growing drinks brands in the world, valued at more than £1bn. It held the retained business for seven years, with The Romans taking over for a couple of years between 2015 and 2017.

PRWeek's Disruptor Brand of the Decade

The Romans could point to notable success with BrewDog during its tenure, including winning two PRWeek Awards last year for the Equity for Punks crowdfunding scheme and for No Label, dubbed the "world's first transgender beer". The latter campaign also received a Cannes PR Lions nomination.

The best PR campaigns of the decade: winner