The agency was asked by the Roy Castle Lung Cancer Foundation to come up with a creative way to boost engagement in the charity’s Follow My Lead campaign last month.

The wider campaign, launched to mark Lung Cancer Awareness Month, focused on taking cues from people with lung cancer when talking to them and tackling the clichés and stigmas that still surround the disease.

It aimed to help patients and their loved ones deal with a lung cancer diagnosis, to minimise distress and maximise support.

Virgo Health looked at the charity's patient community data and discovered that people often feel nervous and uncomfortable when speaking to someone living with cancer – which can lead them to say the 'wrong' thing, or nothing at all.

It also identified an increased focus on mental health in cancer care, with a need for positive and supportive language.

Not taking it too seriously

The agency decided to create light-hearted but informative content to tackle the problems people have with even talking to friends of family who have lung cancer – drawing on patient surveys and interviews.

To develop an entertaining way to communicate the content, the agency partnered comedian and health activist John Ryan, whose mother and father died of lung cancer, to write a thought-provoking and humorous poem.

"That's meant to make me feel better? You're delirious..."

The things said to people with lung cancer can be shocking, so we've teamed up with @comedyjohnryan to find a better way to talk about lung cancer. #FollowMyLead

Tell us what you think and share your experiences. pic.twitter.com/sY9WPfVrHT


Video was chosen as a way to bring the poem to life and generate engagement on social media.

The short film features Ryan narrating the poem, which includes some of the clichés people with lung cancer are repeatedly confronted with – not least that they are going to die from the disease.

As he says at the start: "I knew someone who had lung cancer, they're dead. I can't believe that's the first thing they said. Or, of course, the obvious – did you smoke? Well if I did, do I deserve to croak?"

The poem advises keeping things simple, with lines such as: "Basically, what I'm trying to say, is that if someone with lung cancer comes your way the best thing to say, to get things started: How are you today? Simple, light-hearted."

In addition to promoting the poem via social media, including advertising on Facebook and Google, the agency secured the support of Transport for London in quoting parts of it on their Tube station announcement boards – a significant boost, as TfL usually posts original content. 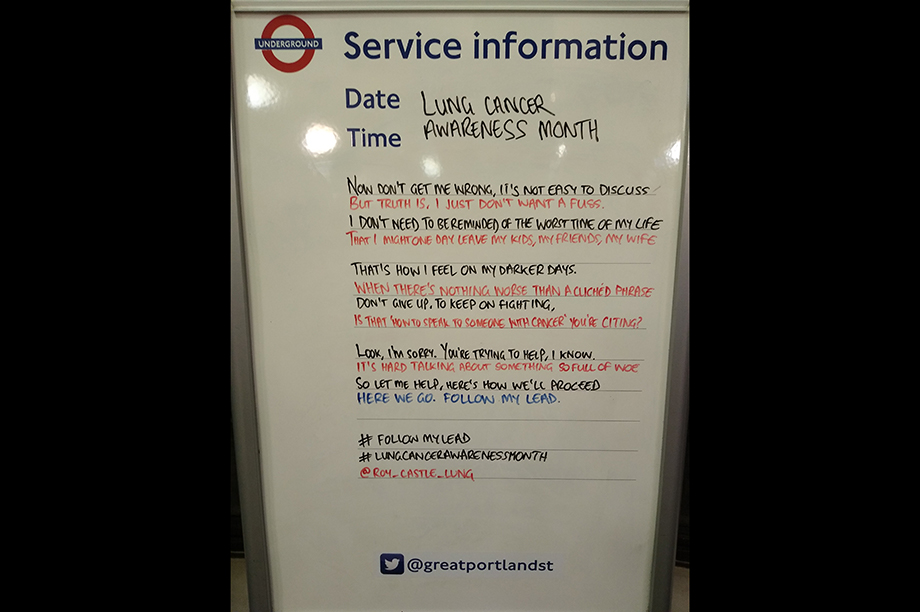 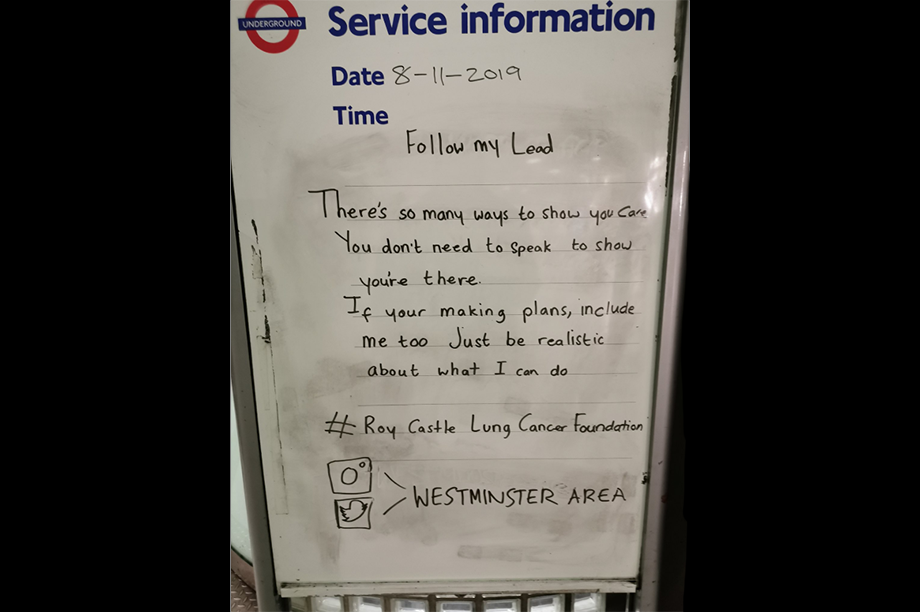 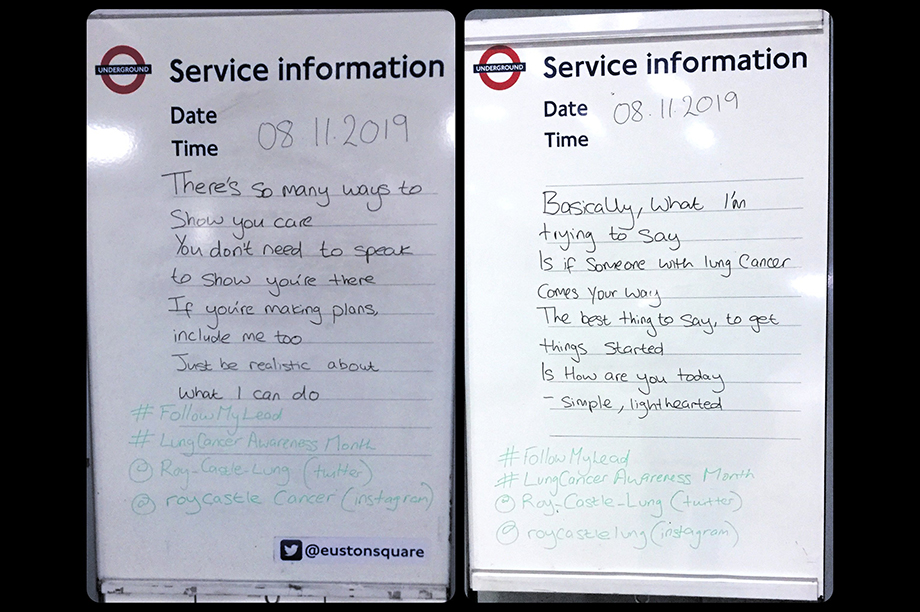 To drive broader awareness, the agency secured interviews with main stakeholders – including Ryan, on Sky News Breakfast, and a patient spokesperson featured in the Mail on Sunday.

The social media results are 50 per cent higher than the charity’s average.

Tabitha Grindrod, senior account manager at Virgo Health, commented: "Lung cancer is an especially feared and misunderstood cancer, which makes it hard to talk about in an enlightening and positive manner. By directly rooting our idea in patient-led insight and experience, we were able to deliver a positive, universally relatable activation that drove conversation in a thought-provoking way on how best to talk to loved ones with lung cancer."

She added: "Our creative, human approach really paid off, driving a 50 per cent higher-than-average engagement and conversation."