Choat led his agency for four decades, handing the reins over to his grandson Harvey in 2018, and is well-known for his passion and support of the food industry, where his agency has worked with several leading brands and worked on iconic campaigns, including the 'five a day' campaign in the UK.

After working as a marketer at Unilever, Choat launched his own agency, Cameron Choat & Partners, in 1977. The firm combined PR with broader marketing communications at a time when PR was primarily focused on media relations and publicity.

He told PRWeek earlier this year: "At the time, PR tended to be rather mysterious – people in back rooms, often former journalists who had secret conversations and manipulated public opinion, supposedly. But our agency was much more marketing-structured, so you came up with strategies for a client that consider their whole identity, reputation and image."

One of his first clients was the Fresh Fruit & Vegetable Bureau, which remained a client for decades, and the agency rapidly expanded its client base – predominantly with food clients such as the British Chicken Association and Express Dairies, owners of the Eden Vale and Ski brands.

In the 80s the agency expanded its client base into healthcare, winning Pfizer, and 1988 a sister company, Nexus Public Relations, was set up to work primarily with conflicting clients.

The two firms merged in the 90s and rebranded to Nexus Communications in the 2000s. The business has remained independent.

During the 1990s Choat launched a division providing educational resources to schools and ventured into the restaurant business in partnership with Justin de Blank.

In 2018, after a number of senior management changes, he appointed his grandson, Harvey Choat, to take over as managing of Nexus, where he has overseen the introduction of the company's earned strategy and in-house digital and design capability.

"Over the last two years I've been privileged to work alongside him to formulate Nexus' future. Seeing your grandad in a professional context gives you a very different understanding," Harvey said.

"He was impeccable – always incredibly smart, sharp, assertive and creative. He had an edge that would drive you forward and that could also cause a sense of tension with those whom he wanted more from – but nevertheless he had purpose, and that wasn’t to be compromised.

"He built the agency from scratch, won huge clients, and we have team members who have been with Nexus for over 30 years. As a chairman he was rightfully demanding, uncompromisingly supportive and always future bound. One of the industry's, and life's, last true gentlemen."

Tributes have flooded in from industry peers and friends. Sara Pearson, founder of Spider PR, said: "Jonathan was a true one-off: tall, elegant and erudite, with an unmistakable sartorial flair. Over many decades he won big clients and had the talent to keep them for similar long periods. A true polymath who was not only passionate about his business, but always made time each week to sculpt in his studio as well as stage his own musical compositions in UK theatres."

Sarah McOnie, managing director of McOnie Agency, added: "Jonathan was the reason we joined the IPRN. His enthusiasm, wit and kindness were foremost in everything he did. And then, of course, his sensibility and experience – but most importantly, his very matter-of-fact approach in how to make an agency successful, particularly through difficult times – was always such an encouragement."

A memorial service will be held for Jonathan Choat on 30 January 2020 at The Belvedere, in Holland Park. Those wishing to attend the memorial should register their interest by email here. 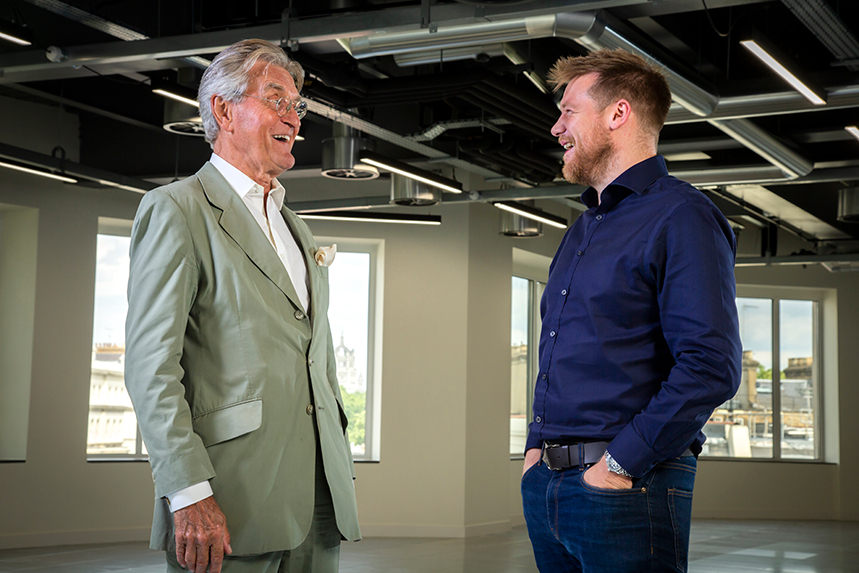