South Yorkshire was the hardest hit, after a month's worth of rain fell between Thursday 7 and Friday 8 November, in what scientists dubbed a "once in 60 years" weather event.

More than 100 people needed to be rescued on the Thursday night – many stranded in shopping centres in Sheffield and Rotherham that had been flooded – and more than 500 emergency calls were made to South Yorkshire Fire & Rescue (SYFR). 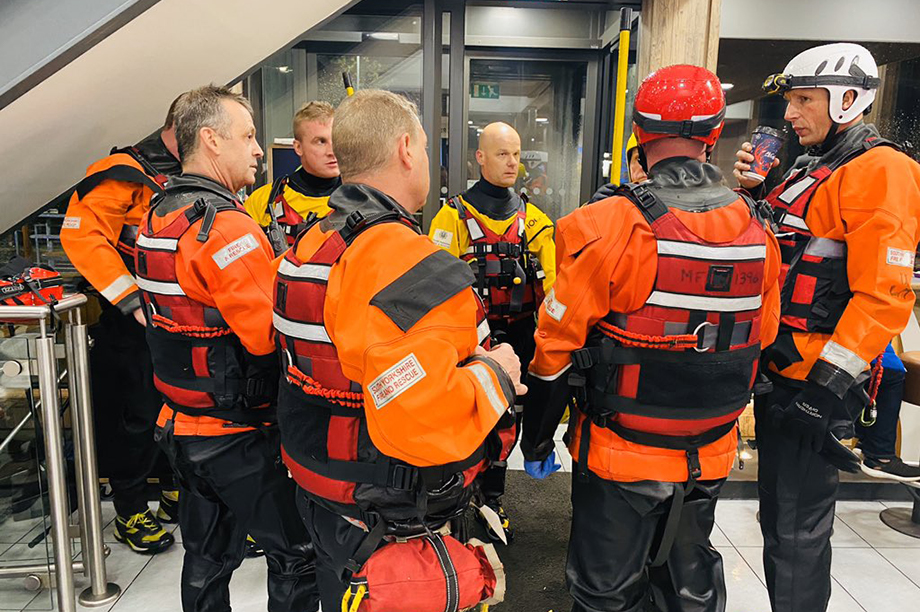 In Doncaster, which suffered the worst of the flooding, the River Don burst its banks and there were severe flood warnings – signalling a significant risk to life.

Hundreds of people were forced to evacuate their homes in villages such as Bentley and Fishlake, and comms teams from the emergency services and other agencies were brought together under the South Yorkshire Resilience Forum, set up to deal with major emergencies. 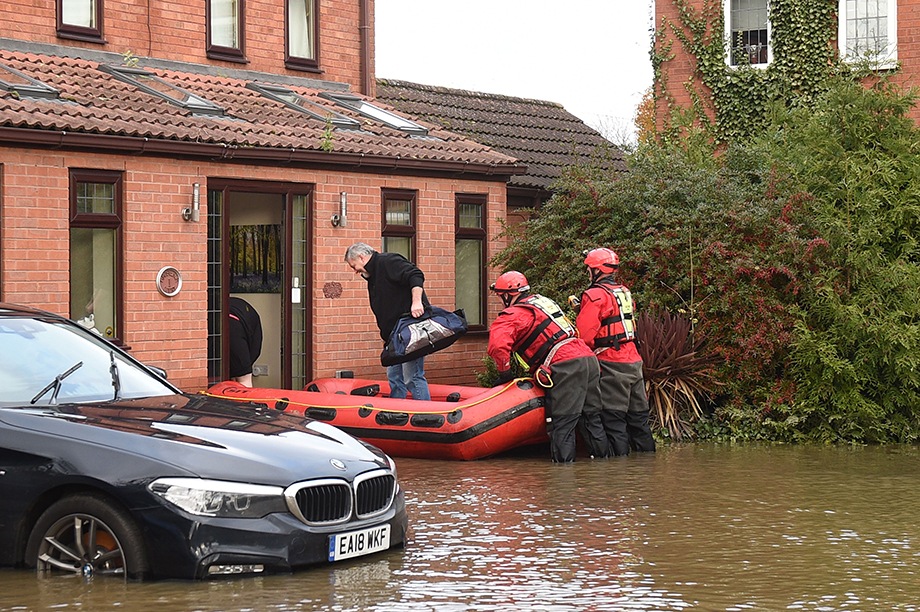 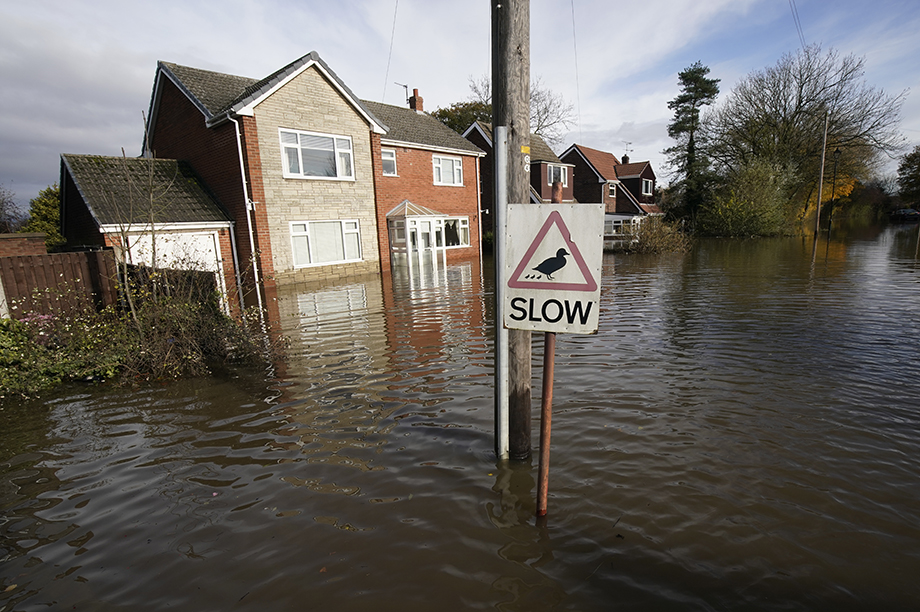 Goodwin, who is chair of the Forum's Warning and Informing Group, was responsible for setting and reviewing the comms strategy and co-ordinating messaging across different organisations to ensure a single narrative. 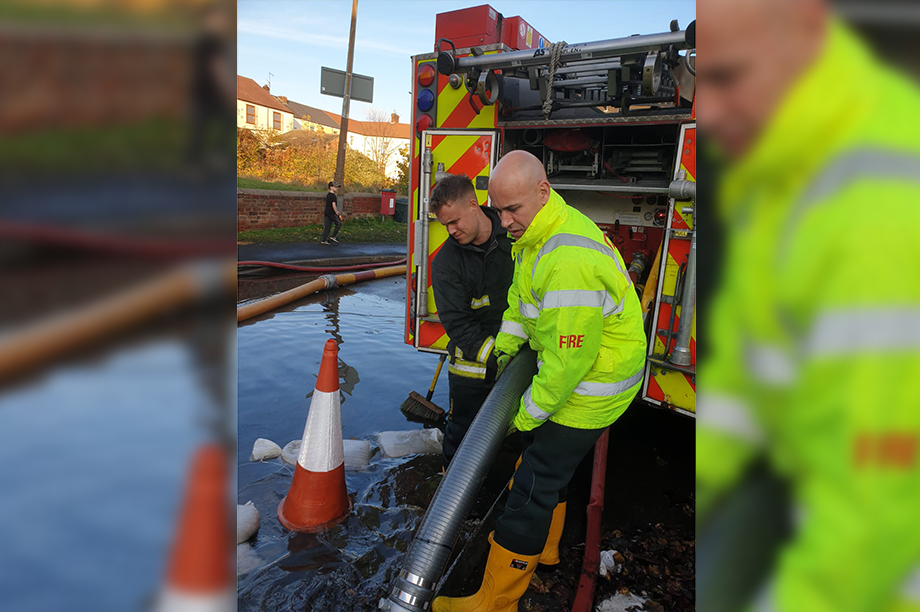 "At the comms cell, we set the strategy: warn and inform, reassure where possible and appropriate, instill trust and confidence in the strength of the multi-agency approach," she said.

In Doncaster, 1,600 people were evacuated from their homes or places of work in the first 24 hours of the flooding, according to Goodwin.

"In these early hours of the response when the situation is still emerging, it's essential that we focus on a 'warn and inform' approach only. It can be very tempting to give reassurance, but without knowing the full details, you could inadvertently put lives at risk," she said.

Now read: I co-ordinated the comms response to flooding while trapped in a shopping centre

SYFR was designated as the lead agency for comms during the initial response to the flooding. Alex Mills, the service's corporate comms manager, told PRWeek: "One of the team was on call when the flooding first hit on the Thursday night, and worked through the night putting messages on social media, sharing the messages of our local partners and setting up interviews with local and national media so that we could warn and inform the public about what was happening."

SYFR's comms strategy was based on three themes: safety – telling people not to enter flood water; reassurance – telling people about the flood response; and praise – thanking staff and promoting their work through individual human stories.

"Telling the human stories behind our response is an important point. Because with incidents like this, it's easy to get caught up in tales of equipment and pumps, forgetting that flooding has a devastating effect on people's lives," he said.

Now PRWeek looks at key moments in the comms response during the first few days after the floods struck:

All agencies were using social media as their primary comms channel, to manage demand and issue messages as soon as they became available. 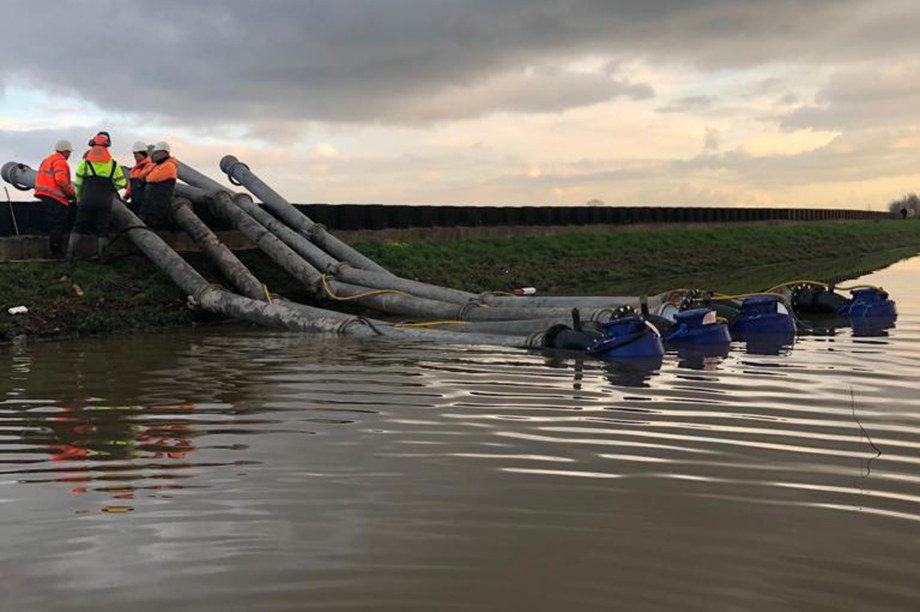 "By now, Doncaster Council was pushing out messages detailing rest centres, road closures, health and safety advice – it was making good use of its website so people had a single reference point for detailed information. It used its social media [channels] to constantly push people to that information," said Goodwin.

For all the latest flooding information go to: https://t.co/xN2YybKwRT

Fears of looting, with rumours of gangs coming in on boats to reach houses, were "hindering the evacuation plan" as people were reluctant to leave their homes.

"The police responded by issuing a strong message that no reports had been received and additional patrols were working in the area on foot and in 4x4s and boats to access all the affected properties," Goodwin said.

"Officers on the ground were encouraged to share photos of them working in the affected areas on their local social-media channels. This acted as reassurance to those affected and a deterrent to anyone who may see an opportunity to burgle the properties."

FLOODING UPDATE: We are aware of unhelpful rumours of criminality affecting the evacuated properties. We have officers patrolling these properties around the clock to help secure them and to provide reassurance. We are not aware of any incidents.

With the worst of the weather having passed, key messages focused on safety.

Co-ordination helped prevent problems from arising, such as when one agency spoke of 1,600 people affected, whereas another had a far higher figure.

"It was a simple issue, but could have a huge impact on clarity. The two agencies had different definitions of 'affected', which led to the difference in numbers. This was picked up in draft and resolved so we could maintain a single narrative to avoid confusion," Goodwin said.

She cited another example, when the EA asked the RAF to deliver 40 tonnes of aggregate to the outskirts of Doncaster to strengthen flood defences. "A very loud RAF helicopter, if unexpected, may cause further distress, so I tasked the Environment Agency to issue a message to let people know to expect it, that the work was not in relation to a new risk, but to shore up the flood defences and may take a number of hours."

We've asked for military support to move aggregate to the #BentleyIngs area. This doesn't represent a further risk. The aggregate is being used to add further strength to a #flood defence in the area. A Chinook aircraft will be used to make the delivery tonight from 7.30pm.

The RAF’s Chinook is just finishing tonight after assisting us in the Bentley area. We apologise for the noise so late into the night but the aircraft has been pivotal to our work. Once again, thanks to the team for their efforts ??@RAF_Odiham @RoyalAirForce @ComdJHC @DefenceHQ pic.twitter.com/LRBuakoqWP

People in Bentley and Fishlake were starting to report concerns about the ongoing media attention. "They felt as though they were constantly on show and this was hampering their recovery efforts. Some residents also felt concerned that as the media and VIPs left, so would the support," Goodwin remarked.

"We changed our messaging to make clear that long-term support was being planned in the background. We also encouraged media away to other locations and refused to facilitate further interviews in Fishlake."

The EA took over from SYFR as lead agency for comms, with the fire and rescue spokespeople "growing tired" and "no change to their messaging". The EA was better placed to talk about flood defences as the situation started to shift from one of emergency to recovery.

We're incredibly proud of staff from right across our service for the work they did to respond to recent flooding across South Yorkshire.

This short video captures the story of our response- plus some of the amazing feedback we've had from the public.

Lessons learned and next steps

SYFR's Alex Mills singled out three things that worked well. "The first was a fairly basic thing, but: having a consistent spokesperson. We did about 30 interviews with local and national media and we rotated two senior officers to do those. I think that really helps, both for consistency of message but also from a public reassurance point of view – if you've got the same 'talking head', people become familiar with them."

The second thing was being proactive in telling "human stories about what we were doing". He cited an example of a social-media post showing firefighters taking shopping to an elderly woman who did not want to leave her home. 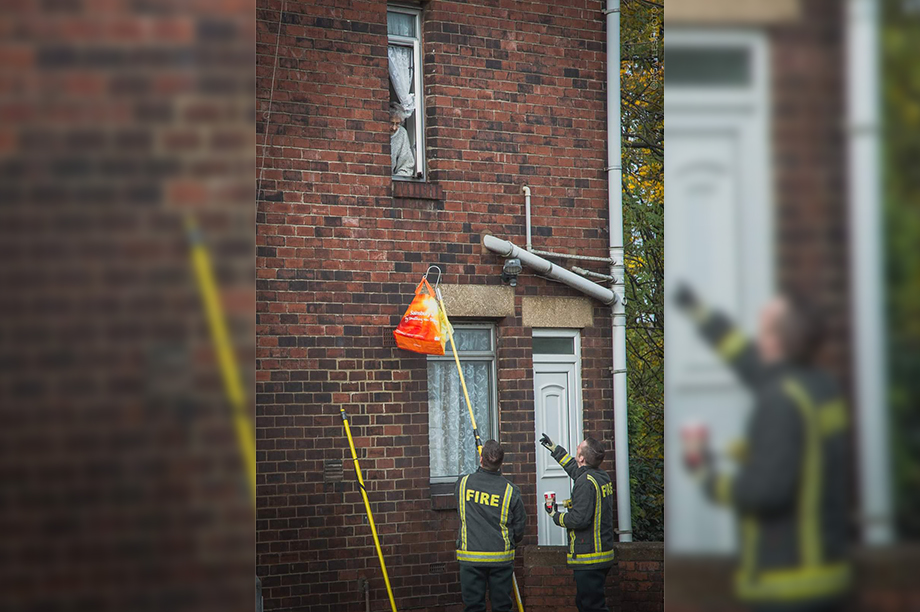 And by creating its own content, SYFR was able to manage media demand. It recorded audio of officers talking about the flood response, which was emailed to local radio stations, and made a couple of videos featuring its officers, which it put out on its own channels.

SYFR's comms team has "had some amazing feedback from local people about its work" and is "in the process of sharing this with frontline crews".

The EA's comms team is supporting the recovery effort in the region, ranging from media management of new flood defence work to supporting engagement work helping communities recover from a harrowing experience, according to comms specialist Steven Kirman.

We are continuing our pump withdrawal operation in the Fishlake area today. In the majority of areas pumping has returned flood storage areas, washlands & watercourses back to normal winter levels so we are beginning to return pumps back to storage locations for winter readiness. pic.twitter.com/5dBl1sojHh

"This recovery work will continue for some months," he said. "In the meantime, we hope it will be drier throughout winter so we don’t see more flooding on this scale."

The comms response in numbers

In the first week after the flooding, Doncaster Council put 78 posts on Facebook, and sent 218 tweets. Its overall reach for November across Facebook and Twitter was 6.4m. Meanwhile, SYFR sent 291 tweets in seven days with total impressions of 1.2m.

Between November 7-20, the EA had 105 media enquiries and carried out 47 interviews. Its office in Yorkshire & North East office sent 87 tweets between November 7-16, with total impressions of 1.1m and average engagements of 4,751.