Combining one of the most iconic Christmas 'sounds' (it's now stuck in your head for the rest of the day, sorry) with one of the most memorable visuals (The Truck) – for many, the festive period just wouldn't have been the same over the past decade without this brand-tastic US import and associated truck tour.

The supermarket giant teamed up with longstanding charity partner the Royal British Legion for this sentimental – and, for some, controversial – campaign, which recreated Christmas Day on the front line in 1914 and featured a chocolate bar sold in stores to raise money for the cause.

The retailer's much-lauded campaign, by PR shop Unity, was initially shrouded in mystery, with a bespoke Twitter profile – @thetwofairies – alongside a series of random acts of kindness that took place across the nation. Eventually, the M&S logo was revealed as the TV spot went live.

One of the earlier iterations of 'the advert that kicks off Christmas', Monty captured hearts with the story of a boy and his penguin chum, to the soundtrack of John Lennon's 'Real Love'. The integrated campaign included in-store 'Monty's Dens' and a tie-in with charity partner the World Wildlife Fund.

Pret A Manger 'donated' its marketing channels and media to five charities before Christmas 2015, after launching its Christmas menu at a gift-wrapped store, which customers were invited to tear their way through for a free festive sandwich. 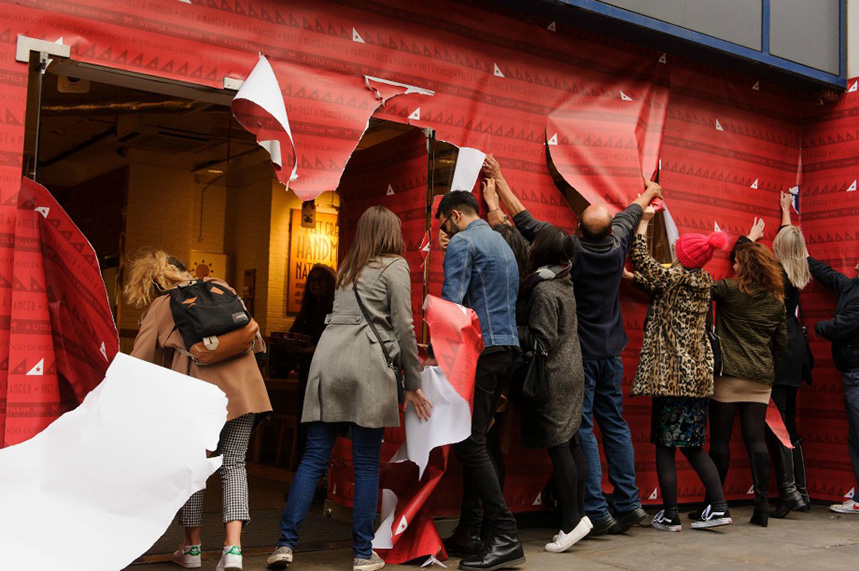 Kevin first hit screens four years ago and his annual capers – from a literal Christmas cliffhanger to this year's tabletop tussle with the Leafy Blinders – show no sign of slowing down. The Aldi campaigns have included limited edition Kevin the Carrot soft toys, with profits going to its charity partner Barnardo’s.

The international transport hub has tapped into Love Actually-style sentimentality since 2016 via Doris and Edward, two 'elderly' animatronic bears designed to remind consumers how emotional travel can be at this time of year, in particular the joy of coming home for Christmas. PR features heavily, including in-terminal activity and an associated social campaign.

Last year, Golin devised an award-winning Christmas campaign for Tiny Tickers, a charity that improves the early detection and care of babies with serious heart conditions. In a masterclass of simple visual symbolism, the Christmas lights in the West End's Seven Dials were connected to the heart monitor of Billy, a two-year old heart patient.

Another award-winner, this time by The Romans, brought a relevant and positive Christmas message to passengers, as the entire script of the iconic Christmas flim It’s a Wonderful Life was painted on train platforms at from London to Glasgow. The campaign was based on insight from Samaritans and Rethink Mental Illness that showed a correctly timed intervention at a station can be all that is needed to prevent a potential suicide.

The best PR campaigns of the decade (vote for your favourite)