Age UK has unveiled the next instalment in its campaign highlighting the need for support for older people, especially during the festive season.

Created by Brave, the latest activity in the "No one should have no one to turn to" campaign brings to light the anxieties felt by older people, including becoming a carer for a loved one and bereavement. It features the real-life experiences of three people: Colin, Julia and Albert. 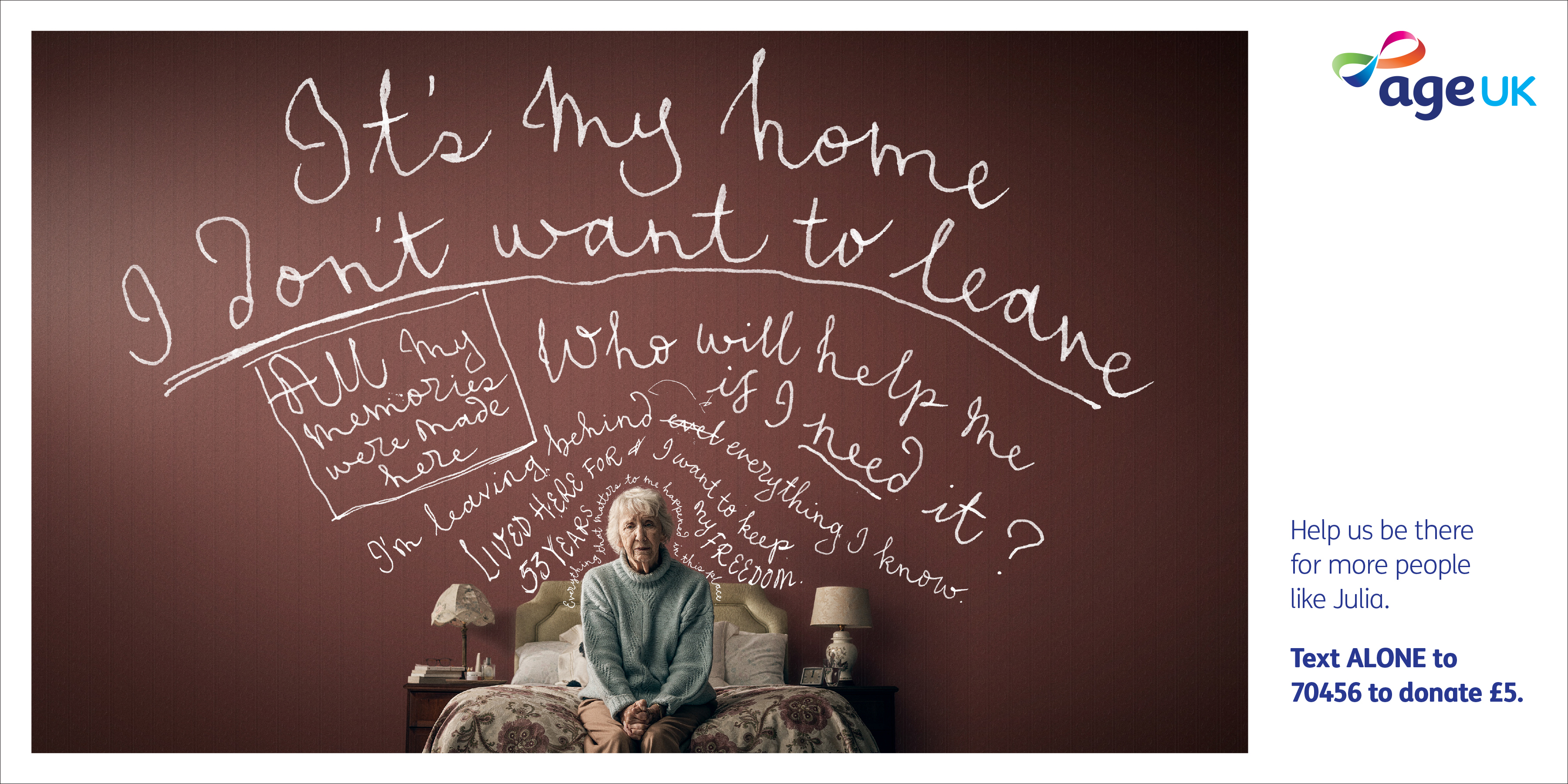 "Our winter campaign is always so important, not only to raise awareness of those who will spend this Christmas all alone with their problems, but also to generate much-needed funds for our work," Kathi Hall, head of content strategy and brand at Age UK, said.

"Together with Alison and Brave, and the older people who have shared their stories with us, we hope that we’ve created something powerful that will help people understand just how tough later life can be when you have no-one to turn to." 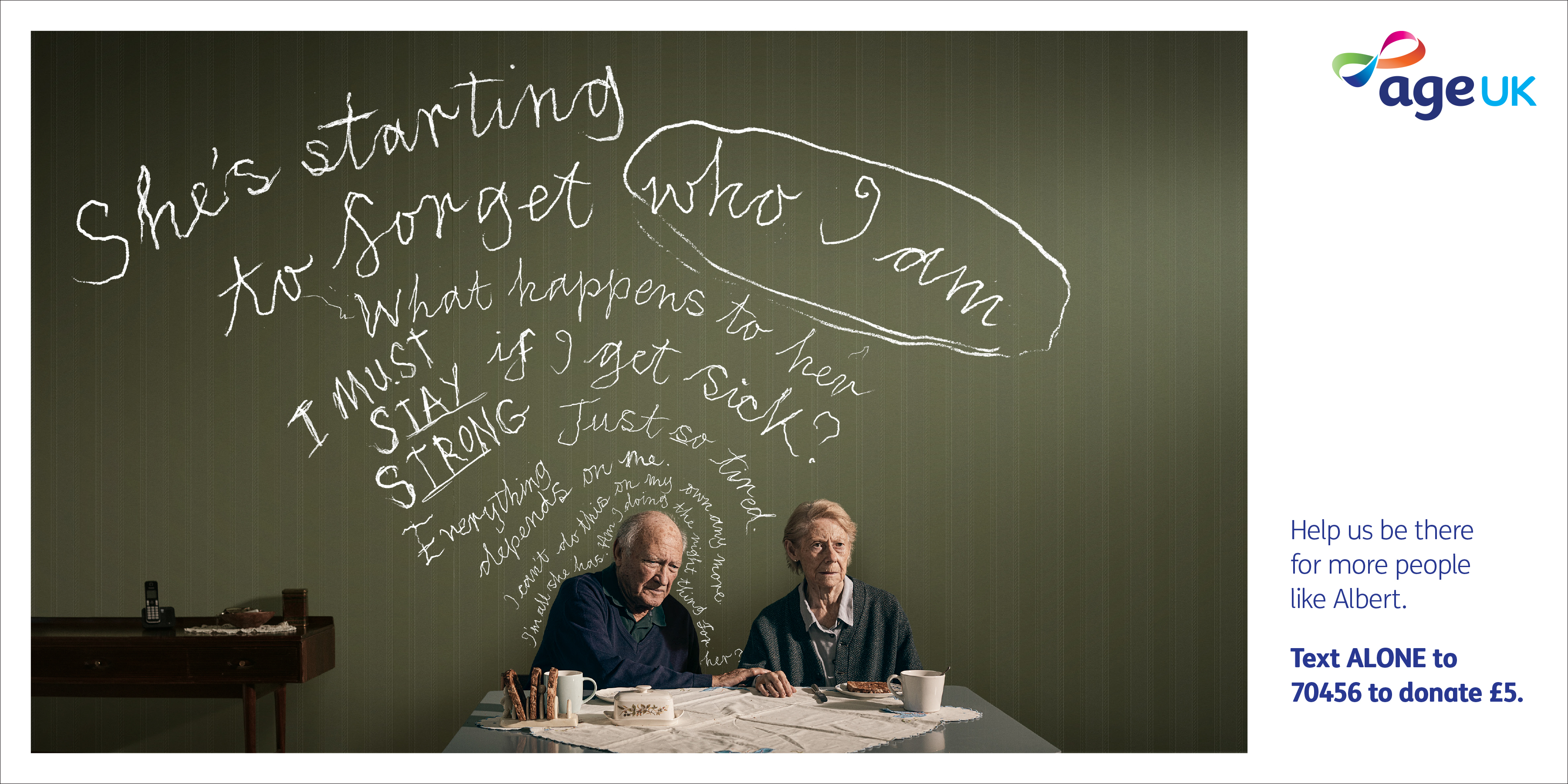 First launched last year, "No one should have no one to turn to" aims to encourage the public to donate to Age UK in order to fund services such as the charity's telephone advice line, which is open every day of the year, including Christmas.

The out-of-home ads will roll out across London and other key cities such as Manchester and Birmingham, and be supported by a rerun of last year's TV spot, "We are here",

The work follows a survey carried out by YouGov for Age UK that found more than 2.5 million older people feel they have no-one to turn to for help and support, with these feelings becoming more amplified during the Christmas season.

Dave Lawrence, planning partner at Brave, said: "Christmas is traditionally a time for families and togetherness, but thousands of vulnerable, older people across the UK will find themselves on their own.

"We hope this campaign will encourage people to donate to this amazing cause and raise awareness that Age UK is there for people when they need it most."

In September, Cadbury launched its "Donate your words" campaign, in association with Age UK, highlighting the problem of loneliness among older people.