In one of the great contests of modern times, PRWeek's five favourite Christmas campaigns was won – by a margin of just 16 votes out of 8,397 – by Argos' Book of Dreams, the father/daughter drumming spectacular by The & Partnership London.

A valient runner-up, with more than 4,000 votes, was IKEA's Silence The Critics – the Swedish furniture retailer's first ever Christmas campaign, by Mother, which aims to tackle 'home shaming'. 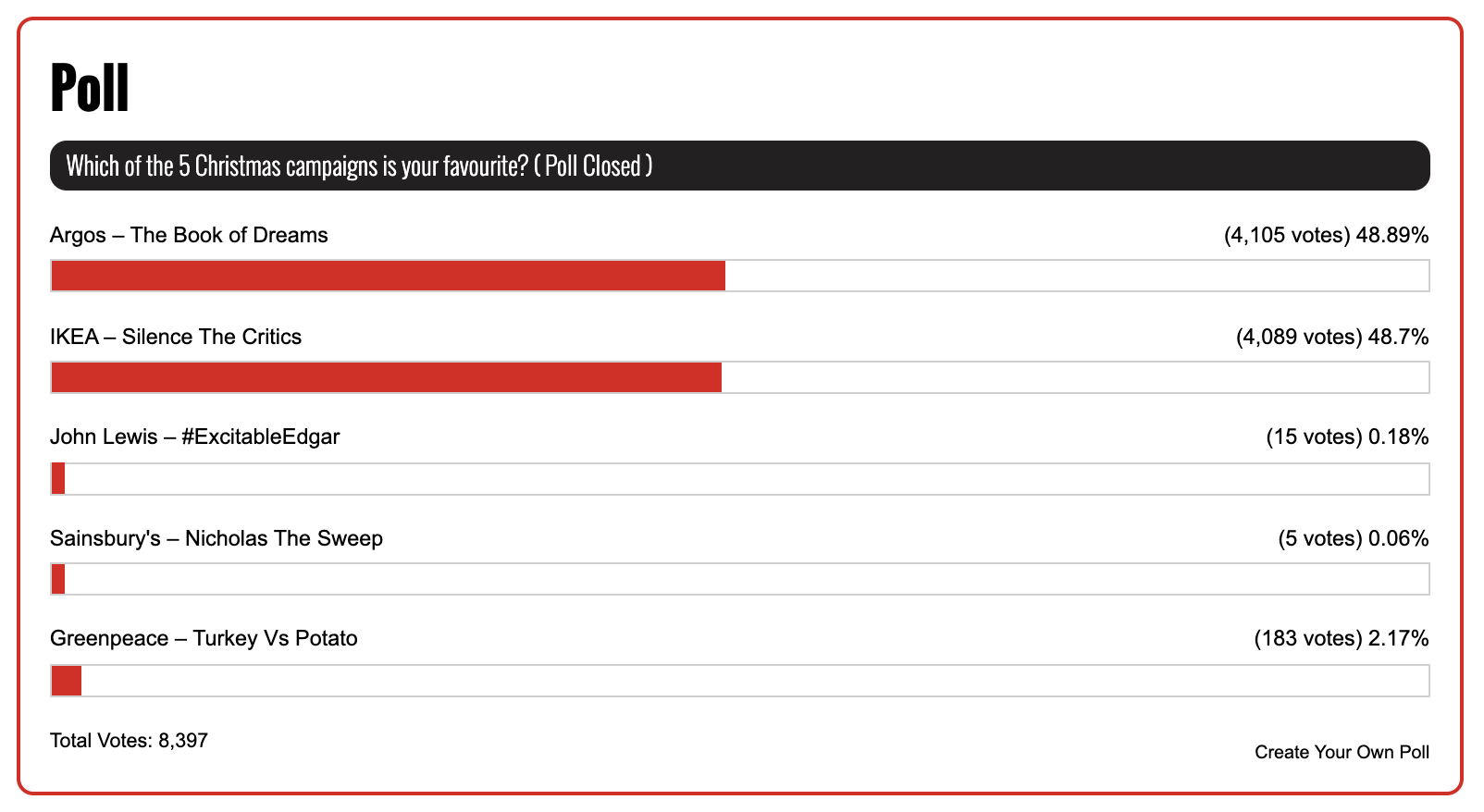 Argos – The Book of Dreams

Argos greeted Christmas with a father-and-daughter drumming extravaganza. The spot, by The & Partnership London, starts out with dad going through his daughter’s Christmas ‘Book of Dreams’ – a clever rebranding of the Argos catalogue – with a big red circle around a drum kit.

Drums suddenly appear in front of the dad who begins playing to the iconic Simple Minds tune, Don’t You (Forget About Me). The daughter then wakes up, comes down the stairs and forms a formidable duet in a campaign that 'hits feel-good nostalgia on the hi-hat', according to PRWeek's Christmas panel.

In case you missed it: Five Campaigns We Liked in October: your winner revealed