Grassroots campaign group RegistHERtoVote is encouraging women across the UK to register to vote in next month's general election.

The group has been using the power of social media and on-the-ground campaigning to amplify women's voices and encourage more women to register.

The campaign says it's critical that more women sign up to vote before the deadline as politics is broken if female participation goes backwards.

The campaign has picked up support from politicians across the political divide, including Thangam Debonnaire MP (above), and actors and writers Joanna Lumley and Dame Emma Thompson, among other stars from TV, film and radio.

Martha Dalton, co-founder of the campaign, said: "We want to help make sure that women – particularly younger women – vote [and] get their voices heard in this election."

Author and vlogger Louise Pentland said she was proud to support the campaign.

"It's crucial that women's voices are heard on the issues that matter to them. Whether it's the NHS, parenting and childcare, the environment or business, if it's important to you, please vote," she added.

In addition, Rize Up, an independent voter registration group, believes the 22.7 million people who didn't vote in the last general election could change everything, because the number of non-voters in 2017 almost doubled the 13.6 million who voted for the winning Conservative Party. 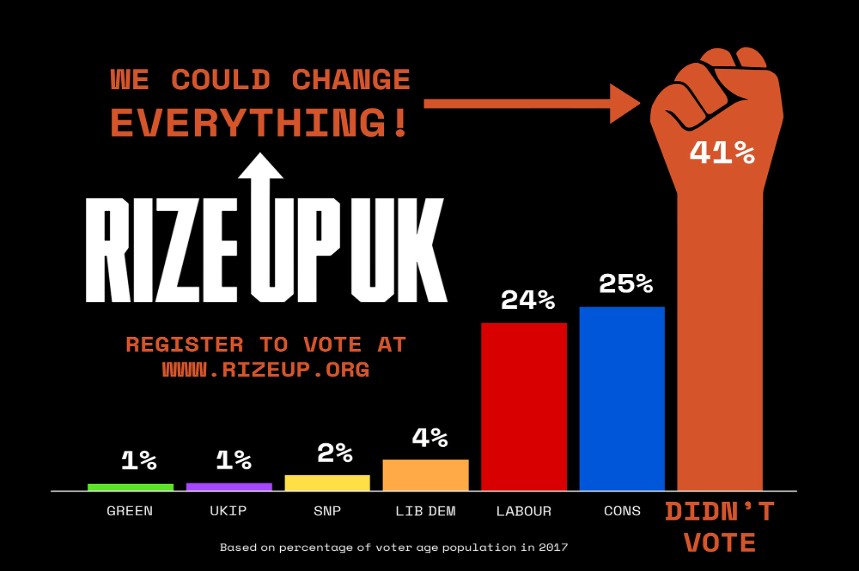 The camapign, which was launched by Manifest, focused on the potential impact of voting. Rize Up has been targeting politically disillusioned and disengaged under-25-year-olds to claim the vote it says politicians don't expect or want them to use.

Both are making last-ditch calls for people to sign up before tomorrow's voter-registration deadline.