Momentum, a politcal campaigning group for Labour, has taken down parody videos of an iconic Coca-Cola Christmas ad, although PRWeek has seen evidence that not all of the videos have been removed.

The video was posted to the campaigners' social media feeds and featured edited footage from Coca-Cola’s ‘Holidays are coming’ advert from the 1990s.

In the video, which has been seen by PRWeek, Labour slogans and spend promises are super-imposed on the side of Coca-Cola’s Christmas trucks, including ‘£26 billion for our NHS’, ‘Free, fast broadband’, ‘Scrap tuition fees’ and a caravan of trucks with the different sectors Corbyn has promised to ‘bring back into public ownership’. 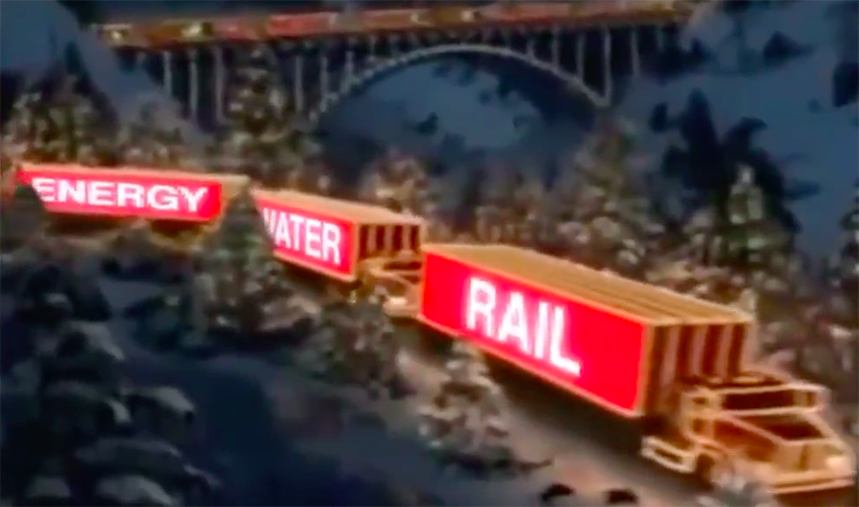 The video is set to a Coca-Cola Christmas ad background track but without lyrics, and ends with a cheesy image of Jeremy Corbyn dressed as Santa Claus.

Momentum did not respond to PRWeek questions about the stunt.

The video had been viewed at least 70,000 times before Momentum took it down, although PRWeek is aware it is still being published shared by individuals' Twitter pages.

??It's the most wonderful time of year! ?? pic.twitter.com/YCha5nP0Jr

Coca-Cola told PRWeek that it had ordered Momentum to take down the videos on Friday.

A Coca-Cola spokesperson said: "We are aware of a social post from Momentum which uses footage from the Coca-Cola Christmas advert. The film is not endorsed by The Coca-Cola Company and we have not given permission for any footage to be used in this way."

The social media stunt is the latest social media activation that has been considered ethically dubious, on this occasion by using an iconic Coca-Cola advert to push a political message, which could give viewers the false impression it is being endorsed by the soft drinks giant.

Last week, the Conservative Party was slammed for creating a spoof website purporting to be the Labour Party’s manifesto that attacked Jeremy Corbyn and Labour policies.

This followed the Conservatives turning their press office Twitter page into ‘FactcheckUK’ and posting an edited video of Piers Morgan’s interview with Labour's Keir Starmer to misled the public into thinking he was struggling to answer questions.

Labour also has its own party-political fact checker called ‘The Insider', which has an image of the No 10 door and could be perceived as providing insider information.

The Liberal Democrats have spread statistically dubious charts positioning the party as the only viable alternatives to Conservative and Labour incumbents.

Pagefield CEO Oliver Foster believes the use of misleading tactics may provide rival parties with the opportunity to "jump on gaffes", but ultimately campaign chiefs will consider these viral moments spreading a political message as a job well done.

With trust in politicians at all-time low, it’s a risk political campaigners increasingly appear to think is worth taking.