Earlier this year the charity decided to present obesity as 'the new smoking', in terms of cancer risk, by using striking images evoking old cigarette pack designs its campaign messaging. 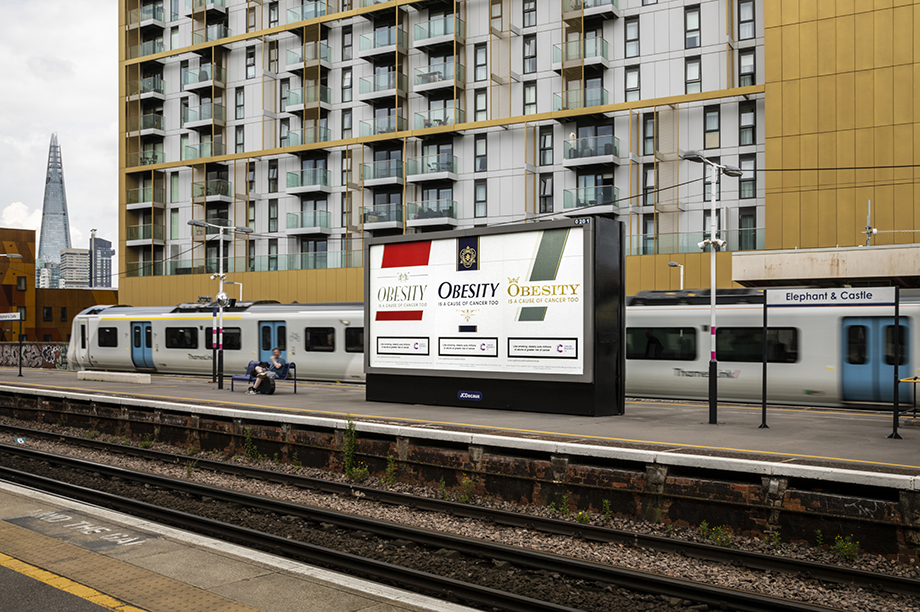 The core message was that "like smoking, obesity puts millions of adults at greater risk of cancer".

We’re calling for government-led change to help everyone maintain a healthy weight, because obesity is linked to 13 different types of cancer. But how exactly can it increase cancer risk? Learn more: https://t.co/XYVcYWkdkD pic.twitter.com/TifO3N7VzD

Our research shows that excess weight and obesity causes 22,800 (or 6%) cancer cases a year in the UK. You can find out more about this research in our blog post https://t.co/JZe1qaF17c.
(2/2)


The campaign aimed to highlight the link between obesity and cancer and put pressure on the government to bring in a 9pm watershed for junk food to be advertised on TV. 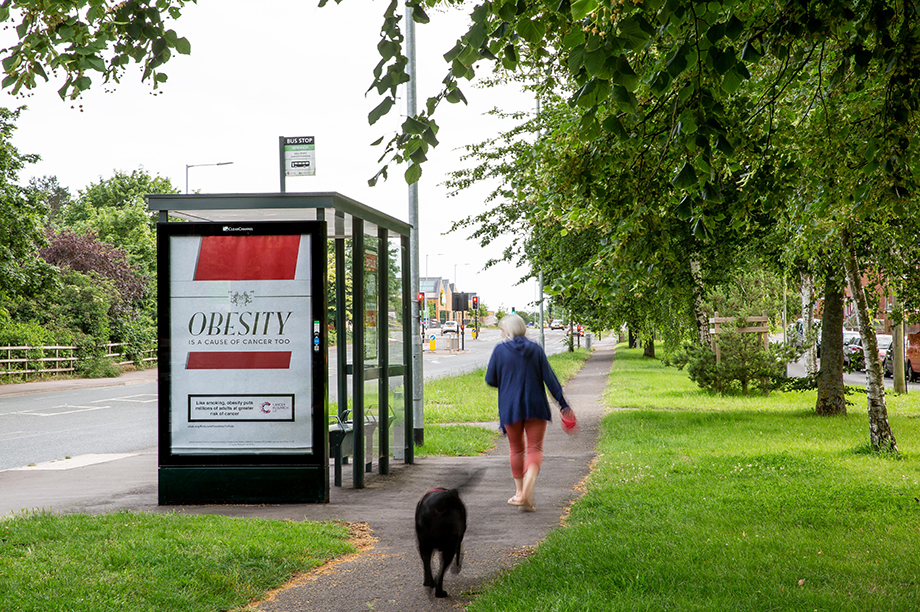 A government consultation on junk-food marketing, which considered a 9pm watershed for advertising such products on TV and similar restrictions online, ended in June.

This prompted CRUK to run the campaign from 1-28 July this year, which the charity considered a "critical influencing window to remind MPs and policy-makers of the urgent need for action to reduce obesity rates."

The charity launched the campaign despite having been heavily criticised for linking obesity with cancer in 2018, when it handed out cigarette packets filled with chips as part of its PR activity.

In the July campaign, CRUK released new figures revealing that there are twice as many obese people than smokers in the UK and that in four types of cancer (bowel, kidney, ovarian, and liver) obesity causes more cancers than smoking.

Over the last 50 years, smoking rates have dramatically declined, as a result of increased public awareness of health risks and introducing policies such as banning tobacco advertising and increased taxation. We want a similar approach to reduce the levels of obesity in the UK.

Campaign images appeared on billboards, and at bus stops, railway and Tube stations.

The paid activity was supported with PR in the first week of the campaign, with a series of press releases tailored to the national, regional and trade media, as well as campaign content being run across CRUK's various social-media channels.

In addition, the charity paid for social-media ads to boost certain posts and reach target audiences.

The campaign received blanket coverage in the national press, in print and online, with many reports focusing on a backlash against it. Critics accused the charity of "fat-shaming" in a campaign dubbed "harmful" and "misleading".

https://t.co/wHXQLfYhgF Very good and important open letter from leading academics and experts, about the 'fat shaming' campaign by Cancer Research UK. And about the harm, rather than good, it is likely to do. Well worth a read and a think.


CRUK's fundraising partnership with Slimming World was also raised as an issue by the campaign's detractors.

And in possibly the least shocking news ever, we learn Cancer Research’s #obesity campaign was effectively funded by Slimming World. So. Many. Facepalms. @mrjamesob https://t.co/WLlkkPXDTv


There were 106 pieces in online and print editions of UK national newspapers mentioning the charity in the context of obesity during the course of the month-long campaign. It was also widely covered by national and regional broadcast media.

In a week when Cancer Research UK launched a controversial ad campaign in the style of cigarette packaging saying: "Obesity is a cause of cancer too", this Sunday we’ll be discussing ‘Are we too sensitive to fat-shaming?’ Let us know your thoughts. pic.twitter.com/XrvAxmCCCC


And a campaign video highlighting the link between obesity and ads for junk food was watched more than 666,000 times.


Another film, explaining why the charity was comparing obesity to smoking, received more than 23,000 views.

Abigail Brown, head of health campaigns and marketing at CRUK, said: "Around four in 10 cancer cases in the UK could be prevented every year, and excess weight is the biggest preventable cause after smoking, but very few people are aware of this."


The charity has measured media metrics including reach and engagement, and undertaken two formal evaluations of the campaign – to track awareness of obesity as a cause of cancer, and support for policy change related to obesity.

Brown said: "When the campaign first launched in 2018, public awareness of the link between obesity and cancer went from 17 per cent to 43 per cent, and we've since run two more national campaigns with increases in awareness each time – but when we're not actively campaigning, that awareness falls."


The recent campaign resulted in the issue of cancer and obesity being discussed by many MPs and resulting in supportive comments from NHS England, Public Health England and the Department for Health and Social Care, according to Brown.

"So while we are yet to achieve our end goal of Government-led action to help reduce obesity rates, ultimately the campaign is doing what it needs to do, and we will continue to lobby on this issue."

Commenting on the backlash to the campaign, Brown said: "Our campaign is not meant to make anyone feel bad about their weight or make anyone think negatively about people who are overweight or obese; it is based on scientific evidence that we have a duty to put in the public domain."

"Cancer Research UK @CR_UK is bang on to launch shock tactic posters to tell people that obesity is a major cause of cancer, and overweight people who are saying it is fat shaming need to shut their lardy cake holes." Says @jongaunt @Simpleasfat Read this https://t.co/SrTi1nBD03 pic.twitter.com/5TMe7pJqe5


She added: "We conducted research before running the campaign and spoke to people with a range of different weights to find out how to best communicate this message to the public."


However, while the charity continues to lobby for policies to help reduce obesity rates, there are currently no specific plans for similar public-facing activity in 2020.