John Lewis has returned to a cute monster protagonist in its first combined Christmas ad with its supermarket sibling, Waitrose & Partners. Edgar, an excitable dragon, absolutely loves Christmas. Every time he is near something festive, he bursts out flames.

Unfortunately, being a walking fire hazard makes it tough for Edgar to fit in, in a village far, far away. For starters, Edgar lights up things he is not supposed to, which leaves villagers scared, and the little dragon becomes an outcast.

Edgar's friend Ava feels sad that he has been confined to his lair, but has an idea to bring him back into the fold and become the star of Christmas. But will Edgar’s quest for acceptance bring festive joy to our panel of creatives?

Shirin Majid: The trouble with John Lewis Christmas ads is you know the intent: a gamification of your fragile year-end emotions. So you tap play, arms folded. Go on, give it your best shot. And you either defeat it with your cynicism or you end up in a puddle of tears, your face blotched in a flushed reminder that there's good in the world. I was actually hoping to eke out a little tear. It's a beautiful piece of film. In fact, it's a Disney film. It's a young Anna from Frozen hanging with Pete's Dragon as a toddler in the opening of Beauty and the Beast on the set of Tangled. I did not cry, but I did get a smidge of burny feels at the endline "Show them how much you care." 'Excitable Edgar' didn’t get me like the 'Man on the moon' ad, 'Monty the penguin', or Elton. But it's sweet, innocent and good-hearted. And the cynic in me can't argue with that.

Julian Obubo: The moment we've all been waiting for. The pinnacle of Christmas ads. And that's it? This year's ad just feels safe, formulaic and pedestrian. I could see the ending a few shots into the ad. They've borrowed similar themes from their 2016 '#MozTheMonster' ad and just repackaged it for Edgar. I'm not sure if selling Edgar merch was the main purpose here or creating a truly emotional ad. Some of John Lewis' recent offerings have really moved me – 'Man on the moon' and Elton John come to mind. This just seems to fall flat. Edgar's way more excited than I am about this. Cute dragon, though. Better luck next year, John Lewis.

Ottilie Ratcliffe: Right, let's start with the criticisms bound to be levelled at this one. Is it following the same old John Lewis Christmas ad format? Without a doubt. Is it set in a time or place with no modern relevance? No denying it. Does it include a character that they're going to commercialise the shit out of? God yeah. But it also doesn't take a hot topic and 'woke-wash' the hell out of it. John Lewis is a simple, wholesome family shop. Every year they produce a simple, wholesome family ad, and I'm more than OK with that. I've not loved previous efforts ('Man on the moon' simply tried too hard to be a tear-jerker; it was on a mission to wrestle tears kicking and screaming from my eyeballs), but more often than not they give the people exactly what they want. And a fearsomely cute dragon called Excitable Edgar is what I want. His little disappointed face and his big expressive eyes? I'm done. And the news that they're making Edgar wellies, toys, story books, slippers and pyjamas? Get me to the checkout, because I'm buying them for all my nephews (not because I'm sexist, I just don't own any nieces). Haters gonna hate, but I'm unashamedly charmed.

Andrew Soar: The UK's Super Bowl equivalent has landed. Edgar is here and, a bit like his brethren Drogon earlier this year, is ready to heat up our TV screens. While 'Excitable Edgar' might not be about to commit a Daenerys-led King's Landing massacre, he does have a habit of unintentionally sparking chaos wherever he goes. The poor little thing, whose only pal is the red-haired Ava, just wants to fit in. The little dragon has warmed the hearts of our divided nation and brought tears to many with this classic 'unlikely hero' trope. Edgar and Ava remind us that everyone is different and unique, and that's just fine. This is the media event of the year and John Lewis (hand-in-hand with Waitrose) is leaving no stone unturned, with a great charity partnership with FareShare providing much-needed meals for those in need. After last year’s Elton John fail, John Lewis is back and torching its competition. Kids, just remember: arson isn't cool, but helping others is frigging awesome – and that's the real message we all need to heed.

Leila Mountford: The dragon is cute, it's beautifully executed and it's a smart take on the invention of the Christmas Cake. I can't say I didn't enjoy it, because that would be a lie, but I definitely didn't get the usual lump in my throat and it felt rather formulaic. The storyline also prompts feelings of a reverse-Frozen and Game of Thrones mash-up. Instead of everything turning to ice it catches fire, and instead of Anna sitting outside Elsa's room trying to convince her to come out, you have the little girl, Ava, camping outside Edgar's house all night. All this said, I still think it will warm the hearts of the public, even if it doesn't set mine on fire.

James Gordon-MacIntosh: They've nailed it. The day that John Lewis screws up is the day that "newspapers writing about Christmas ads" ends for all of us. The whole UK retail industry can therefore be grateful that they've got it right. Again. Going for the emotional value that lies at the heart of both brands was clearly a key that unlocked the platform. Suggesting that, by shopping at John Lewis or Waitrose, you're demonstrating that you care helps justify the extra cost. That the 'extra' spend becomes an expression of love for friends and family is a lovely piece of premium positioning in a price-driven category. Being asked to make a mini-drama that brings the idea of 'care' to life is a perfect Christmas gift for a creative team. And the flourishes… blending the emotion of a John Lewis storyline with the wit of a Waitrose spot. Using a little girl and a juvenile dragon as stand-ins for a mum and kids (both brands' core audiences, but not culturally aware enough for an ad in 2019) is a neat solution. Spend a fortune on the production values so it shines like a Hollywood epic. Crank up the editorial media machine and they've got a hit. And all of us doing retail PR at Christmas should be grateful for that.

The final Christmas creatives panel review will be published next week. 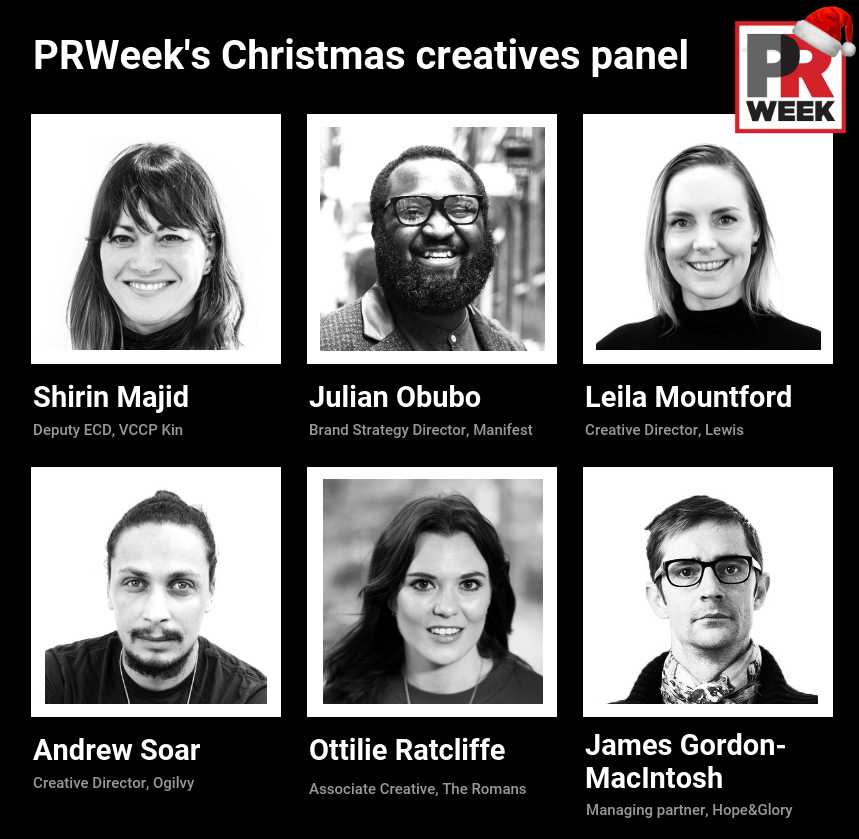