Joe the fortune teller was searching for the answers to my future. Bedecked in a turban and robe, he gazed at a sheet of paper.

A few moments before, he told me to drip chocolate on paper. I spread the syrup across the page, folded it and butterflied it on the table for him to examine.

After, he stared at my "art," which resembled a poor man’s Rorschach test.

The first thing he told me is I’m a "builder" and "perfectionist." Not that being a perfectionist is bad, he added. But maybe I should question if my perfectionism feels "heavy or light."

Joe said I have a strong survival instinct.

"If we were in a zombie apocalypse scenario, I’d try to find you," he said.

His final piece of wisdom was more practical: Try changing your wardrobe. 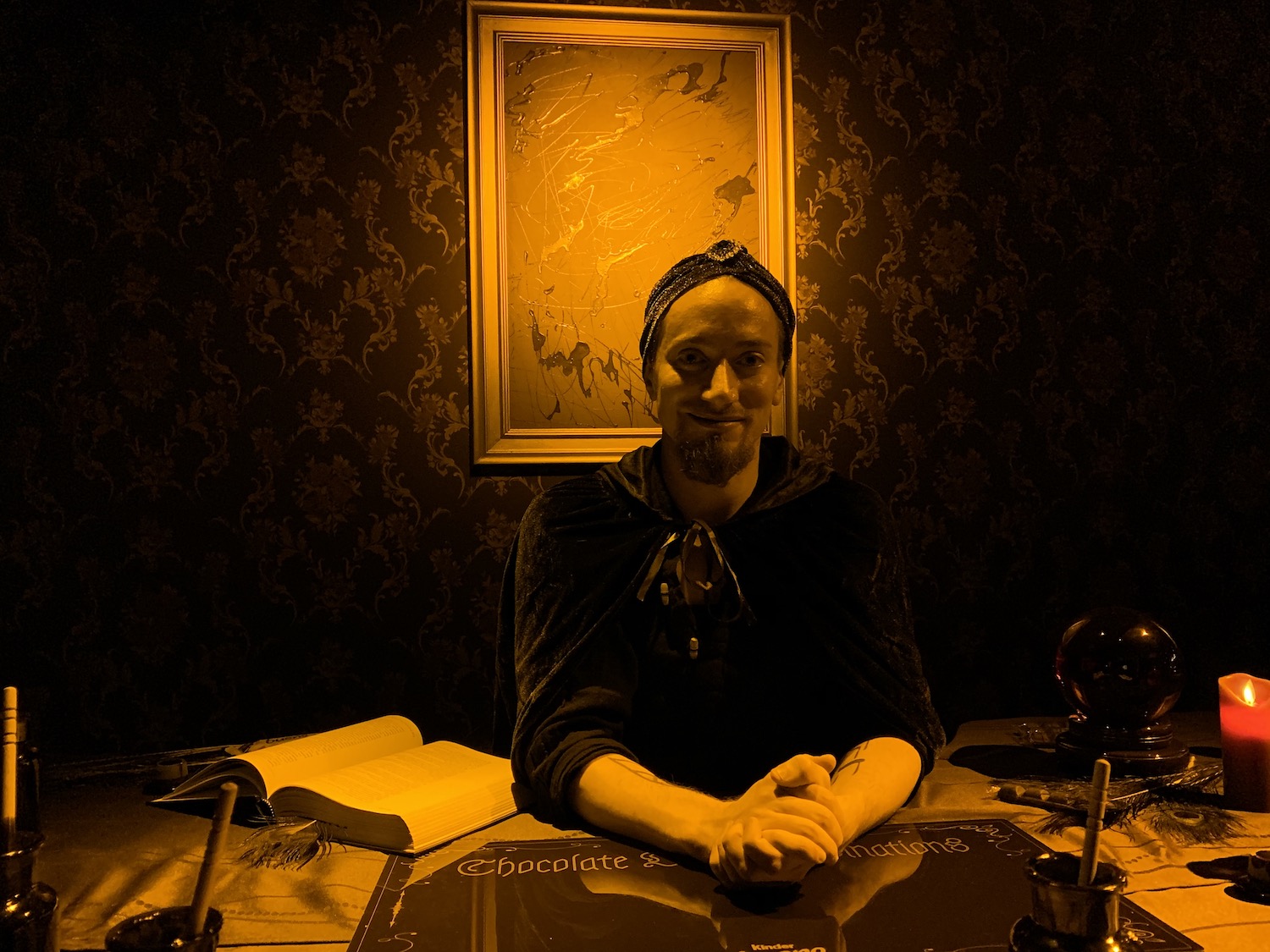 "I see chocolate in your future."

I wasn’t sure what to expect when I accepted an invitation to attend Sweeteasy by Ferrero Group to celebrate the U.S. launch of Kinder Bueno.

When I first arrived at the Sweeteasy, a faux speakeasy in Chelsea, a photographer took my photo in front of a giant Kinder Bueno statue.

One end of the candy bar statue popped open, revealing a slide into the basement. As I plunged through the statue, I could hear the music of a live jazz band on the other side. 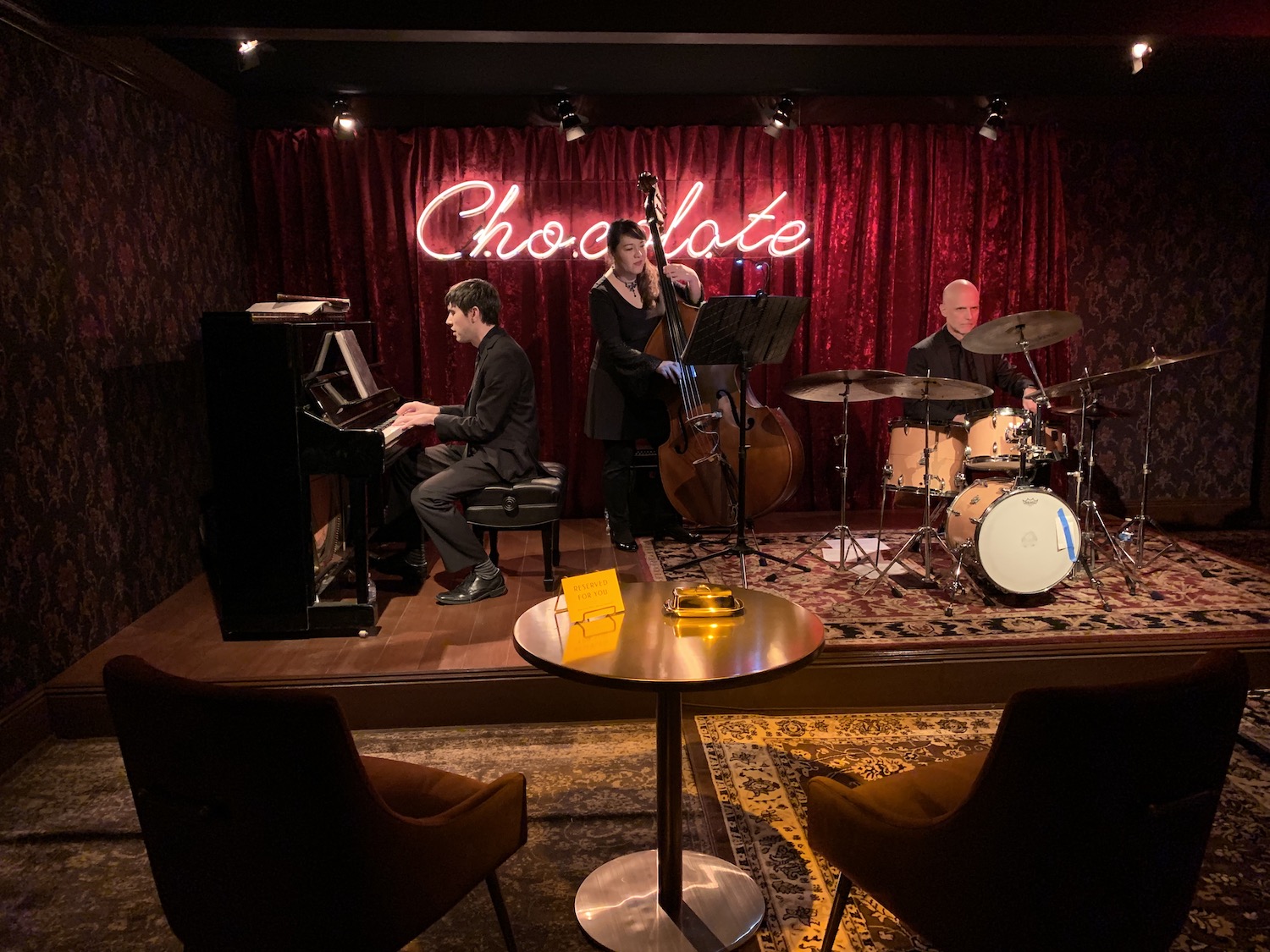 The Sweeteasy truly lived up to its namesake. It was decadent and mysterious.

The barman mixed me a cocktail mimicking the Kinder Bueno, made of a hazelnut liqueur and chocolate — lots of chocolate. The idea was that each time he added a new ingredient, I was to taste and appreciate each layer of flavor.

"So what are you getting?" he asked with whimsical flourishes of his hands. "What do you taste?"

I get it: Kinder Bueno bars have layers. But so do ogres and onions.

Eventually, I met Joe the fortune teller. He told my guide, Kinder Bueno brand manager Nicole Colwell, she has "wings [she] hasn’t discovered yet," and predicted that she will "make some incredible flight paths across the world." 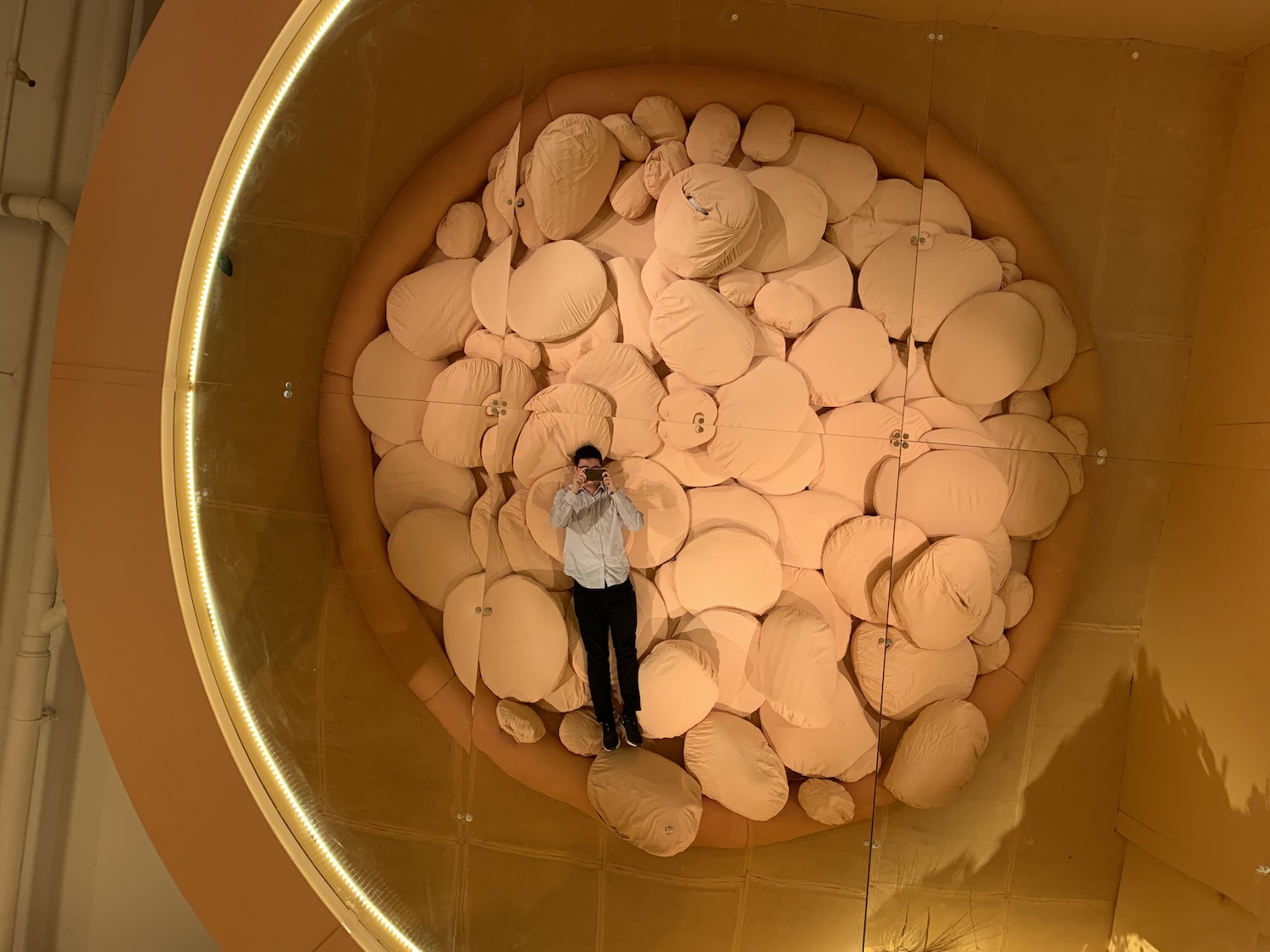 Each room was separated by a "secret door" that gave way to an antechamber, a place to cleanse your palette. I had to knock on the next door and was introduced to another layer of Kinder Bueno flavor.

The "wafer" room was pink with a pillow pit filled with fake crunchy biscuits. When I looked up at the ceiling, there was a mirror, allowing me to take a picture that looked like a movie poster for American Beauty. Then there was a café bar where the servers wore boater hats and made cortados, a kind of coffee drink.

In the "hazelnut" room, an Italian countryside with hazelnut trees spread out before me in miniature. A non-alcoholic beverage was served and I lounged under the shade of trees. There was also another bar where I dissected a Kinder Bueno and scooped out its hazelnut cream. 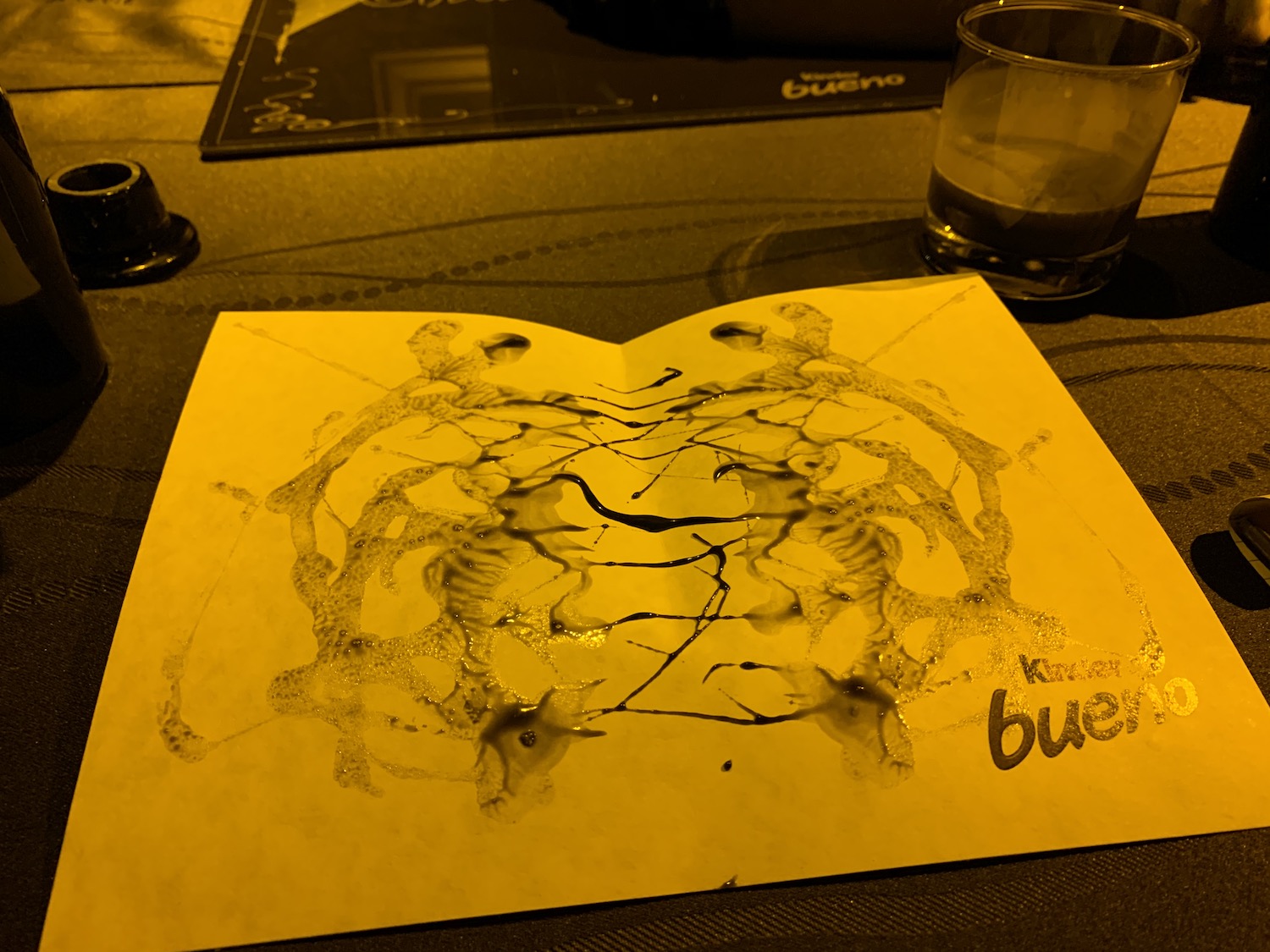 Paul Chibe, president and CEO of Ferrero North America, told me he tries to give his marketers and agencies as much space as they need to experiment and take risks with proper oversight.

I could see some of that kind of measured risk put into action throughout the event. And there’s probably some lazy metaphor linking my fortune telling experience with the future of experiential marketing.

Let’s just cut the bullshit: I had an absolute blast.

For a moment, Sweeteasy made me feel like I happened upon some weird world, like an underground Renaissance faire, that I wanted to share with everyone else.

That’s a rare feeling in a city filled with millions of people that have seen and done it all. 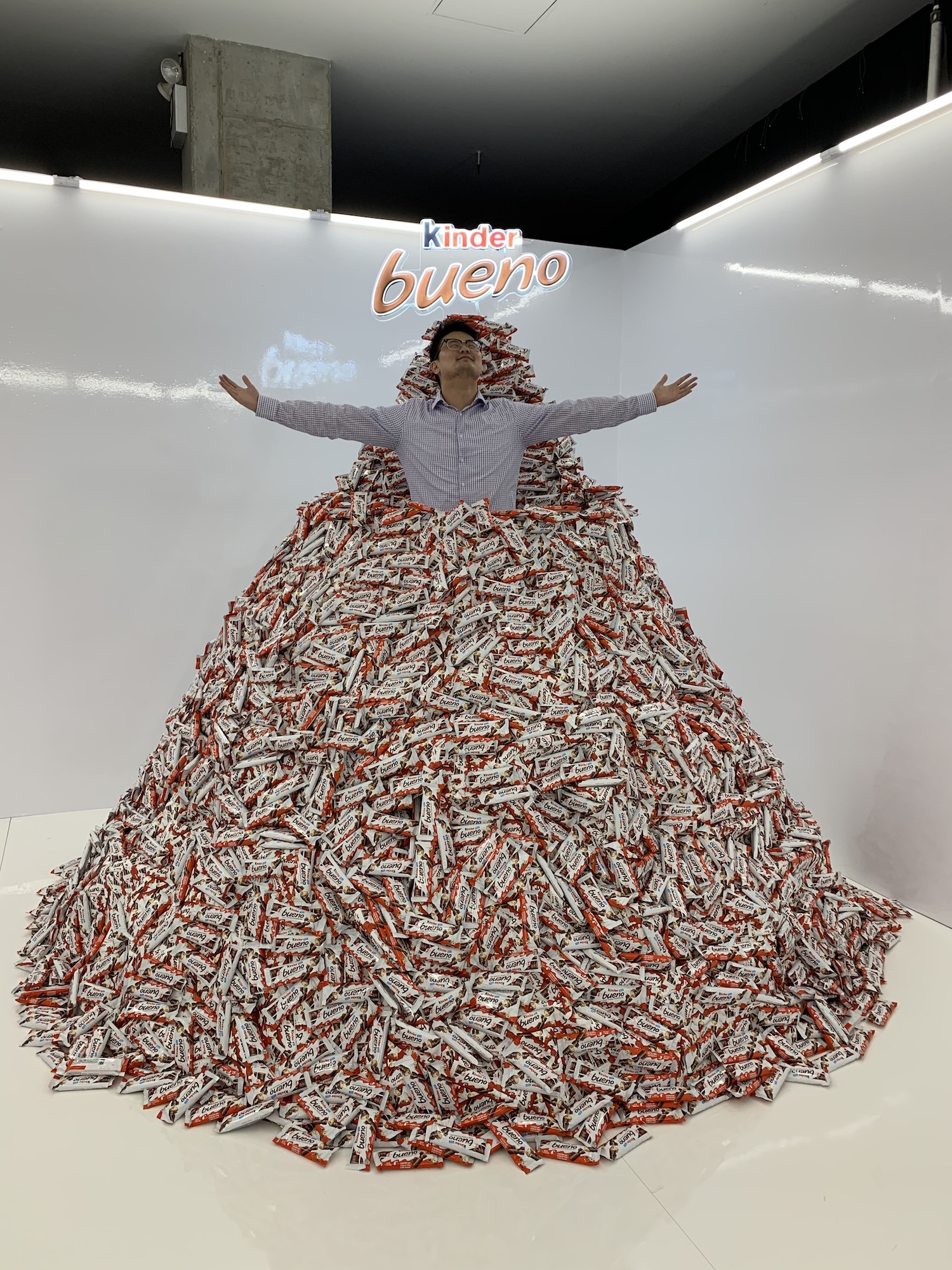