It’s not often an esteemed creative director will admit that the hero of a Christmas campaign is not an extravagant spot.

But that’s exactly the whole point of ‘Bootique’ – Boots' data-driven campaign to encourage customers to buy it’s growing range of products as gifts.

The campaign uses a film about the stress of Christmas gift buying to point out that there is a better way, namely you can tailor a gift at a Bootique for all personality and character types – including Bootiques for the sleep-deprived, beauty queens, gym junkies, moody Tweenagers (below), vegans, your special lover, and more. In fact, Boots allows customers to create bespoke gifts though a ‘Build Your Own Bootique’ online tool. 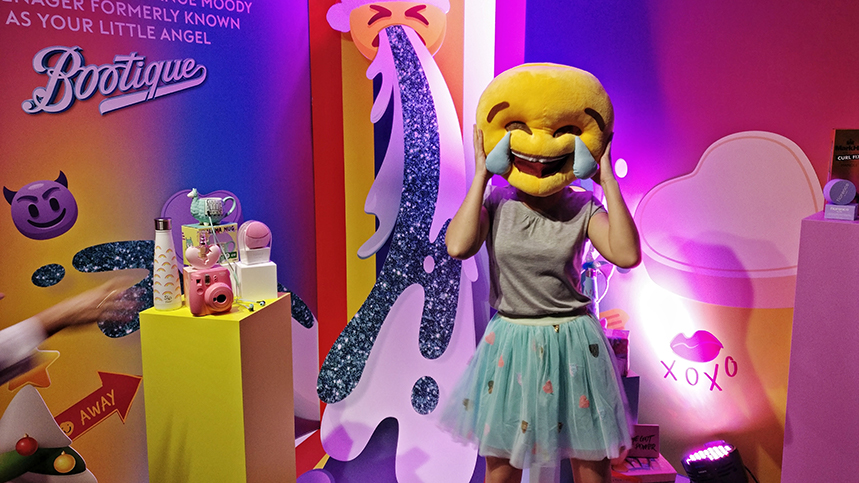 PRWeek was taken on a tour of different pesonality types, including this 'Moody Tween', that Bootiques will cater to

"The hero of the campaign is the idea of receiving gifts that are like you. The film is the way we communicate that you can now help you family and friends find the perfect gift for you by doing this. It’s not just just giving you 90 seconds of joy, but telling you about a service to help you find the perfect gift for people," Ogilvy chief creative officer Dede Laurentino told PRWeek.

Laurentino said Boots conducted extensive research to see the mood of people of this Christmas and what were their expectations, fears and joys.

"One thing came out very clearly is the anxiety of buying the right Christmas present, which we can all relate," he said.

"People want to buy fewer, better gifts. And people have exploded in many different ways onto new trends, such as being vegan a big trend in social media about makeup. Boots can help with that as a retailer... which is where our idea of Bootiques came from."

Boots UK and Ireland marketing director Helen Normoyle told that success will be measured by the popularity and convenience of the Bootiques.

"If our customers feel like we are really useful to them this Christmas in a fun and engaging way. We want customers to have the confidence to know that when they give a gift to a loved one their eyes will light up. That’s a key measure of success Obviously we hope this will drive footfall to the store and traffic to the website and we are going to be present where our customers are."

This is the largest integrated campaign in Boots’ history, with a heavy focus on personalisation and digital (55 per cent of investment vs traditional media). Boots said it expects to reach more than 21 million people in 24 hours.

The 90-second film, created by Ogilvy as part of WPP’s Team WBA, is set in a traditional village hall, shows the common gifting frustrations of a married couple, Linda and Neil. Another character relates to their frustrations and reaches boiling point on just what a nightmare Christmas shopping has become.

The doors to the village hall burst open, and viewers move through a series of scenes which bring to life some of the people that we now have to buy for.

The film will be complemented by activations in digital, press (with interactive QR codes), in-store and pop-ups, out-of-home, social media, influencers and experiential channels.