Brand screw-ups in China seem to pop up every so often especially given sensitive geo-political issues and strict local regulations. The one case that blew up in epic proportions was the Dolce & Gabbana case last year, but many controversies have preceded and followed.

A new report by Chinese social media management platform Kawo details a decade of brand crises in China. To collect data, the company read hundreds of news articles from more than 30 news sources (including Campaign) and found 109 crises affecting 97 brands and individuals globally across 16 industries. 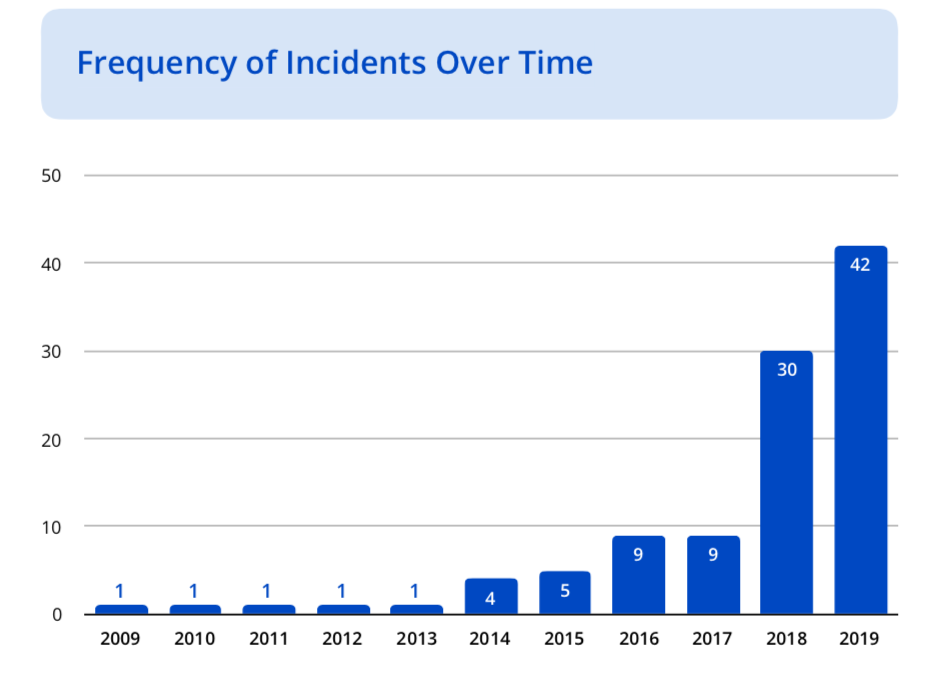 One takeaway is that the number of incidents have dramatically increased through the years. According to the report, this can be attributed to stricter regulations imposed by the Chinese government, most notably the China Cybersecurity Law introduced in June 2017.

Because foreign brands in China are American and European, the incidents are more common with those brands. The report added that it’s also impossible to rule out the US-China trade war as a factor. However, brands originating in China are not immune to controversy. 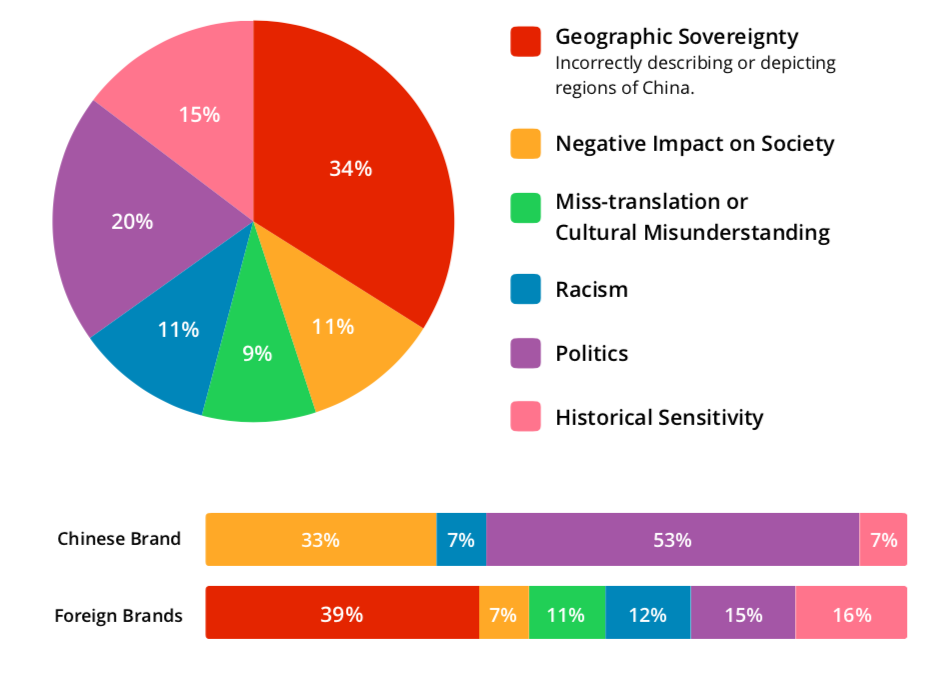 There are a range of factors that can trigger a crisis and uniquely to China, geographical sovereignty – where brands have ‘incorrectly’ described or depicted regions of China – is where foreign brands screw up the most. Historical sensitivity and politics are also common factors. Meanwhile, Chinese brands are more likely to be accused of ‘degrading the morals of society’ by intertwining themselves with local politics. 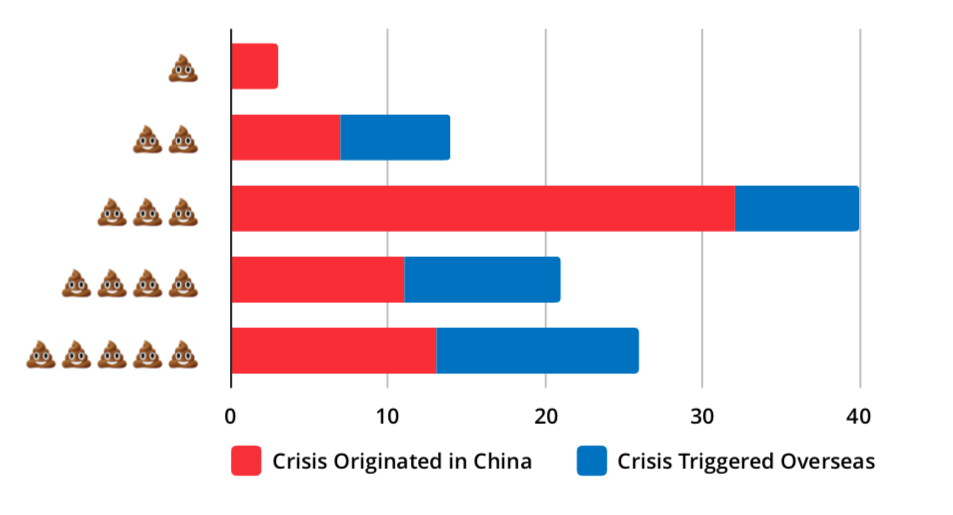 Do these incidents occur in China or in the home country of the brand? Data shows while most incidents involve mainland China, many of them originate outside of the country either on Western social media or products sold in other markets.

In terms of which industries get into trouble the most, data shows that fashion and luxury takes the cake. Pop culture and celebrities are also more prone to screw-ups, followed by travel and tourism, entertainment, and FMCG. We can safely surmise that consumer-facing brands are more likely to find themselves in hot water. 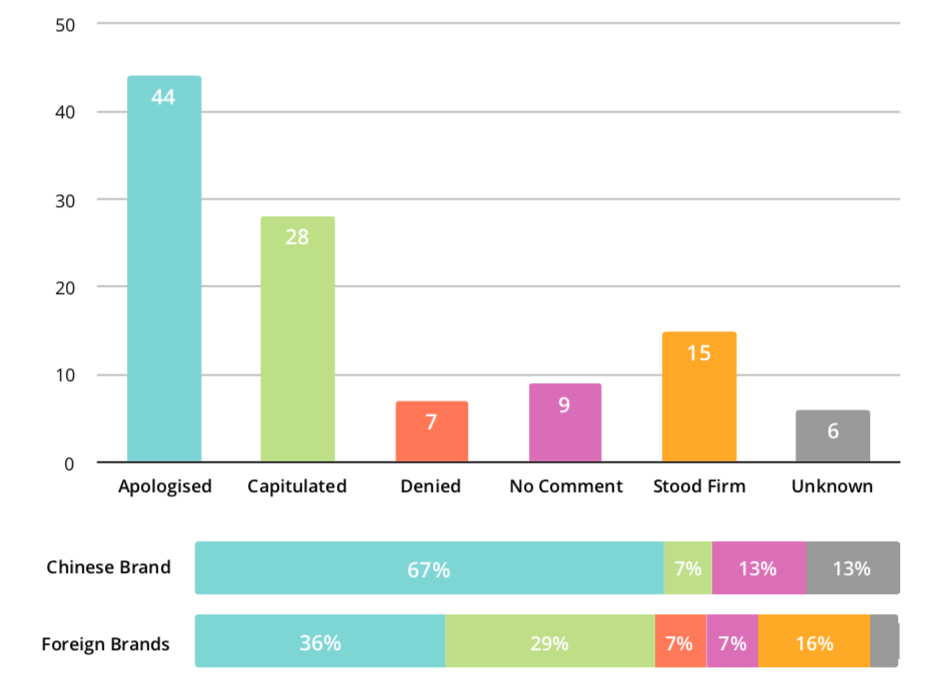 Finally, how do brands react in crisis? Both foreign and Chinese brands have apologised in past incidents while 28% of brands choose to capitulate. Only 15% so far have stood firm on their ground, while 9% chose not to comment in a crisis.