In an extremely tight contest, PRWeek's five favourite campaigns in October was eventually won – with more than 700 votes – by The Beano's Halloween campaign by Taylor Herring, based around a survey revealing the most popular costumes for children to wear on 31 October, with one name in particular capturing a plethora of headlines.

In a close second, with more than 650 votes, was Small Change, Big Difference – a clever initiative by Smarts Communicate, highlighting that well over half of all food waste produced in the UK every year comes from households. 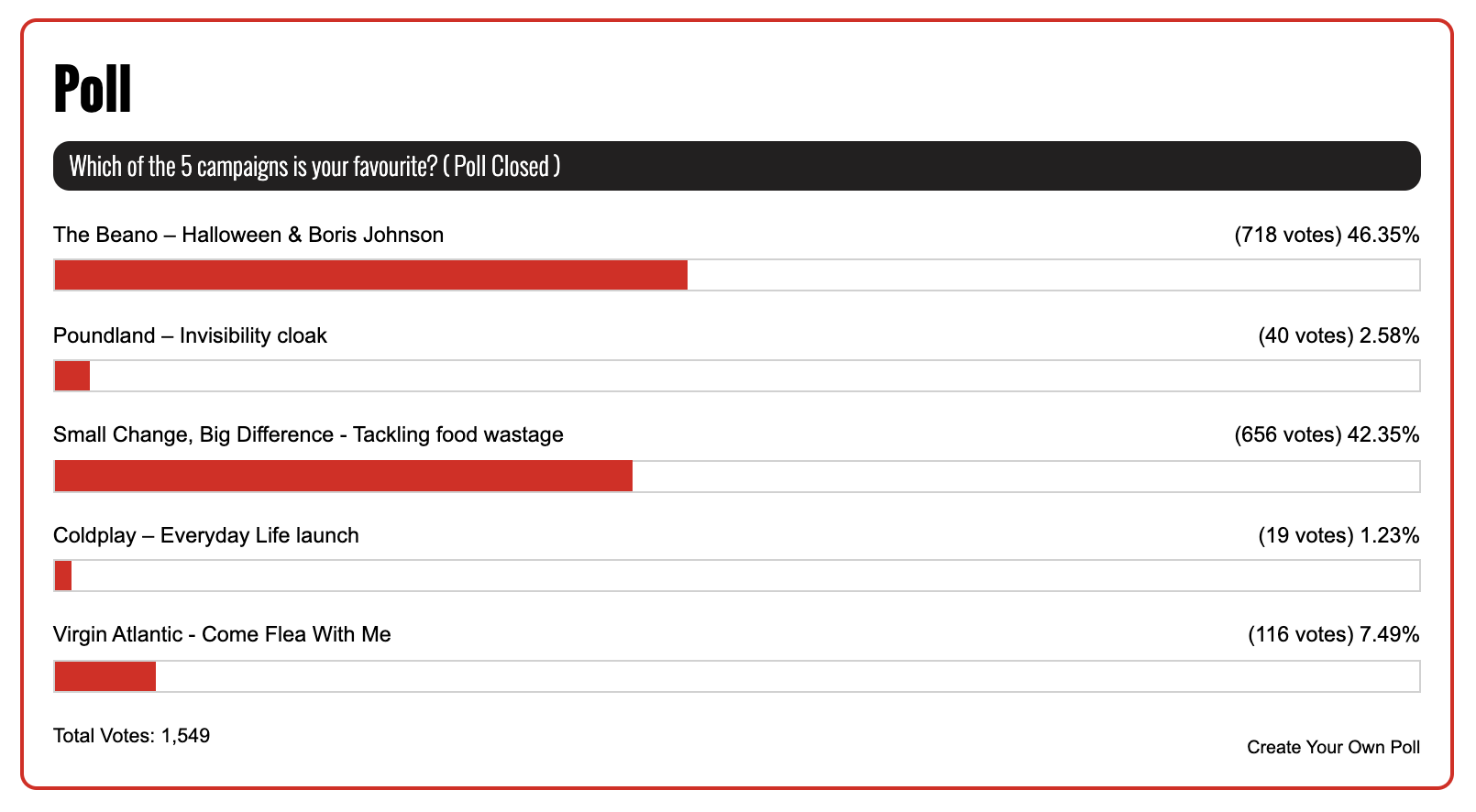 Hats off to Taylor Herring for this effective piece of Halloween fun for the Beano, which captured the mood of the moment.

A survey for the comic revealed the most popular costumes for children to wear on 31 October. One name caught the headlines: Boris Johnson is 10th in the list. Three costumes were created depicting Johnson in different guises: riding his bike, stuck on a zipwire, and being dressed for the Bullingdon Club.

In fact, more than half of the 2,000 children surveyed voted for the current Prime Minister as the scariest character of 2019. In addition, one in five plan to have Brexit-themed decorations, given Halloween was expected to be the day the UK leaves the EU.

In case you missed it: Five Campaigns We Liked in September: your winner revealed