In the era of business 'purpose', it seems the old adage that any publicity is good publicity no longer rings true (if it ever really did).

For the eternal cynics, 'woke-washing' – a term famously coined by Unilever chief executive Alan Jope that refers to corporations adopting the veneer of progressive values for profit – leaves some uncomfortable. For others, 'purpose' gives brands a chance to stand up for what they believe in, to challenge norms and habits, and effect positive behaviour change.

Consumer goods multinational Procter & Gamble's stance is that it's about more than just being on the right side of history, but achieving sustainable, ethical growth while protecting the planet's resources; more than just a strategy for commercial success, but "equality in practice, and behind the camera".

In recent years, the company's approach has triggered the delicate sensibilities of a Good Morning Britain TV co-host, who ranted about a recent campaign for P&G shaving brand Gillette (more on that later). Piers Morgan's interpretation of masculinity aside, a growing body of research shows that consumers are no longer investing their time, money and attention in brands that simply sell quality products at fair prices.

A survey of nearly 30,000 consumers in 35 countries by Accenture last December, for example, found that more than half of customers in the UK want companies to take a stand on issues they care about.

In other words, a brand's purpose should be the centre of attention in order to gain success. With more than a dozen brands in the personal hygiene, beauty and homecare sectors and over $67bn in revenue, P&G has been open about its huge responsibility to take the lead in tackling issues of gender, equality, and stereotypes and bias in advertising.

Allison Tummon Kamphuis is the company's global programme leader for gender equality and the P&G Children's Safe Drinking Water Program. She has also been instrumental in some of the company's most successful purpose-led campaigns over the past 10 years. 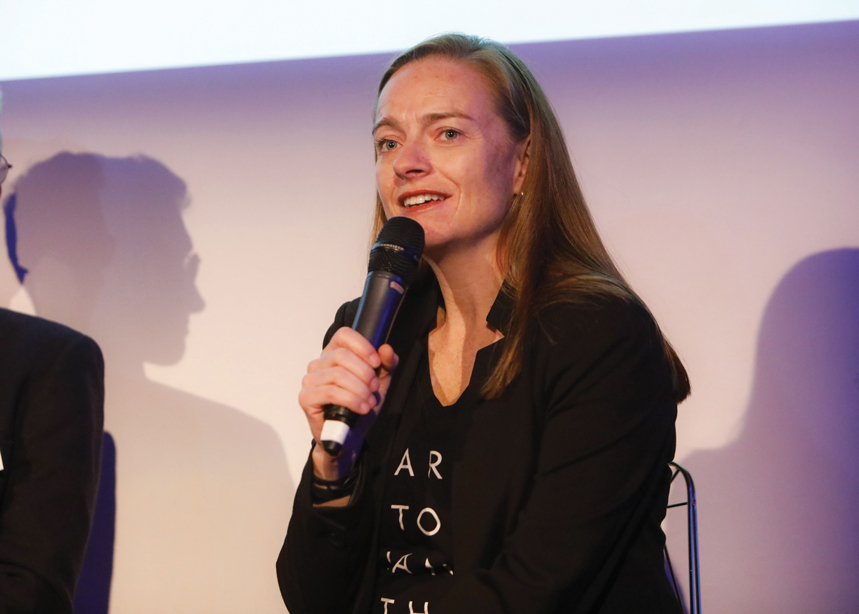 "There's a number of our brands that have been playing a role in this way, particularly in equality and inclusion," she tells PRWeek on the phone from her US base. "Norms and habits can change quickly and we think a lot about what that means for our brands."

Tummon Kamphuis explains that feminine-hygiene brand Always' 'Like a girl' campaign, which it launched in 2014, was so successful because it played on a stereotype in popular culture and turned it on its head. The award-winning campaign, which PRWeek recently listed among its 10 best PR campaigns of this decade, sought to turn a phrase that had long been used an insult into an empowering message.

"It was really about tackling gender bias and it had a very clear message on this. When you uncover something that really resonates with people, but is core and relevant to the brand's mission – that is the mark of a good campaign," says Tummon Kamphuis. "But it was also about the people you see in particular advertising roles. It's very easy for stereotypes to become too familiar, so it was also about portraying men and women as equal partners across all our brands."

By comparison, in January this year P&G's shaving brand, Gillette, came under fire for #TheBestMenCanBe, a campaign that responded to the impact of the #MeToo movement by challenging men to be better, less macho and to stop excusing bad behaviour with comments such as "boys will be boys".

Scenes in the campaign film include a father intervening in a fight, a man stepping in to stop the street harassment of a woman, and a lone woman being mansplained-to in a meeting.

It seemed to be the antithesis to Gillette's original 1989 'The Best a Man Can Get' ad campaign, which featured strong men playing sport, brave men hurtling into space, and dashing men kissing beautiful women. The ads were a fantasy vision of manhood – one that relies on smooth abs and smouldering looks to sell products.

The contrast between the two approaches triggered plenty of abuse on social media, with many critical of a shaving brand attempting to be "woke". An apoplectic Piers Morgan called the new campaign "an insult to masculinity" and thousands of others complained and threatened boycotts. However, it also earned much praise.

Tummon Kamphuis says she thought people focused too much on comparisons with previous campaigns, rather than Gillette's vision for the future, and that it was a brave thing to do. Nonetheless, she admits there was some surprise about how the campaign was received because the brand has been talking about how men can be better versions of themselves for more than 100 years.

The senior marketer has previously spoken to PRWeek UK about the danger of brands jumping onto hot topics, but she doesn't consider this a fair assessment of Gillette's campaign.

"They had created those stereotypes to discuss how they can portray men in a more modern way and how men can set a positive example as part of a new generation. It certainly sparked a conversation about positive role models and male behaviour, but it was more than that, it was the brand saying: 'This is a commitment about how we look at male role models going into the future.'"

She adds: "When you reach that many people around the world, starting a conversation about a sensitive topic, I think, was an important and brave thing to do. They didn't walk away from the criticism, and it will be a focus of the brand in the future. It may have been a bit controversial, but the real message stands."

Here's the rub. In sales terms, the Gillette campaign has not been a runaway success – sales in the Gillette shave care business were flat in the three months to the end of September. But does this show the limits of a purpose-led campaign or, perhaps, point to failings of this particular one?

P&G would disagree. The company pointed to fewer men shaving and stronger competitive activity for the lacklustre sales performance, and Tummon Kamphuis remains convinced that focusing on inequality brings a clear business benefit.

Almost every part of P&G reported strong growth in the most recent quarter, led by a 10 per cent organic sales hike in the beauty business.

"I can say that some of our best-performing brands in terms of sales are ones that have spoken out on issues of gender equality," Tummon Kamphuis states.

Instilling purpose across all P&G's brands globally "was just something we do", she explains, and ethical and sustainable values are something it tries to instil across all its business, from employees right down through its own supply chains.

But in a business with nearly 90,000 employees that operates in 70 countries, ensuring best practice and a respect for human rights is a monumental challenge. Positive change, says Tummon Kamphuis, is driven through areas such as research and development, as well as more transparent reporting and consumer awareness.

In April 2014, P&G announced a new, extensive no-deforestation policy in the production of its products, including demanding fully traceable palm oil from suppliers, after a report by Greenpeace detailed links between the company and palm-oil suppliers in Indonesia that were alleged to have engaged in destructive deforestation, the clearance of endangered animal habitat and potentially illegal forest fires.

It also pledged to ensure no deforestation is involved anywhere along its supply chain by 2020.

A 2016 report by Amnesty International found palm-oil provider Wilmar International, the world's biggest palm-oil grower in 2016 and supplier of raw materials to P&G, profited from eight- to 14-year-old children's labour and forced labour.

The company later said it was working with Wilmar to "ensure they can remedy any potential human rights infringements in their supply chain".

"If you look at our latest corporate citizenship report, and the one we plan to publish in December, it is split into four parts and outlines how we plan to achieve our current goals with a holistic approach," says Tummon Kamphuis. 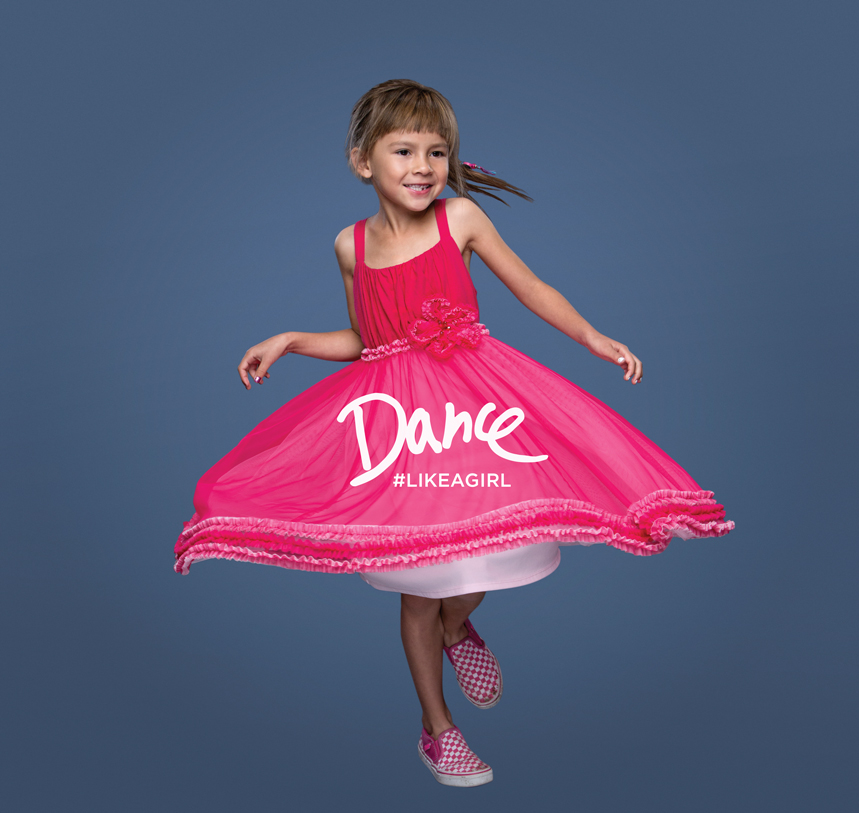 P&G's Ambition 2030 initiative focuses on community impact, diversity and inclusion, gender equality and environmental sustainability. It outlines several goals, which include removing gender-biased barriers to education for girls and economic opportunities for women through its corporate programmes and policy advocacy efforts; and creating an inclusive, gender-equal environment inside P&G.

The company also plans to purchase only renewable electricity in North America by 2020 and globally by 2030, while striving for more circular economic solutions.

One initiative of which Tummon Kamphuis is particularly proud is the P&G Children's Safe Drinking Water Program (CSDW), which started as a non-profit initiative in 2004.

Through a network of more than 150 partners, CSDW helps provide clean drinking water using the P&G Purifier of Water packets and helps raise awareness of the water crisis. Since the scheme began, P&G has provided more than 15 billion litres of clean water, which has helped to prevent millions of days of illness and save thousands of lives.

The campaign for the initiative was delivered together with Global Citizen and National Geographic in a new partnership that aims to drive action on poverty, inequality and sustainability.

Tummon Kamphuis expects partnerships like these continue to grow across industries to deliver purpose programmes and campaigns.

"You can raise awareness, but what we want to invest in is getting people to learn more and take action," she says. "I think partnerships like this one can really bring these complex and important messages to life."

Tummon Kamphuis was speaking after news in August that P&G has cut its annual adspend by $350m (£290m), or five percent, to $6.75bn. The business began a group-wide efficiency drive in 2012 that focused particularly on agency fees as it battled weak revenue growth and the rise of direct-to-consumer rivals.

The company says it is investing more in performance marketing as it targets audiences more precisely, adding: "It ladders back to the work that we have been undertaking over the past several years to reinvent brand-building: from wasteful mass marketing to mass one-to-one brand-building fuelled by data and technology, reinventing advertising from 'mass clutter' to ads consumers look forward to, and reinventing agency partnerships to transform creativity and get our hands on the keyboard."

She would not be drawn on how this might affect the PR industry, but says the decision on marcomms spend is being taken on a brand basis.

Tummon Kamphuis believes P&G's purpose strategy of the past 10 years can be linked directly to an increase in sales. The company posted its second straight quarter of seven per cent organic sales growth for the three months to the end of September, at nearly $18bn, amid continuing cuts in agency and other creative costs, but with a significant hike in media spend.

What of the ethical stance of P&G's agencies? Asked about the call by Unilever's former comms and sustainability lead, Sue Garrard, for PR firms not to work with climate-change deniers, Tummon Kamphuis doesn't think that’s a pledge that needs to be made across the industry.

She believes businesses should be free to make their own decisions, although she is in favour of agencies and other P&G 'partners' abiding by the 17 UN Sustainable Development Goals. These provide standards for businesses to strive for, including providing clean water and sanitation for all, and eradicating hunger and poverty by 2030.

"It's really important that we collaborate across industry. The UN goals are for everyone, and we know that when people work together we can more quickly and effectively bring about change," she explains. "With our global size and reach we need to lead in all those areas, and consumers will be looking at us, our partners, our suppliers and our employees, to talk about and practice what we believe in future."

What could be more purposeful than that?

The PR Show podcast on purpose: 'It's OK to fail - brands just need to grow a pair'