Back of the net

Hats off to Finn Partners, which Flack learned this week has begun shirt sponsorship of a youth football team that trains on a field opposite its office, a stone's throw (for the strong-armed) from London's Old Street Roundabout.

The tie-in with Shoreditch Youth FC came after the team kindly vacated the training pitch for the agency to play rounders in the summer.

Shoreditch Youth was founded in 1998 to help boys aged eight to 14 develop strong skills via football. "Ultimately, given the locale, this is about keeping them away from the gangs. But it is much more than that," Finn's Kylie Bawden told Flack.

"The boys learn about sport, health, fair play, discipline, teamwork. It also involves homework clubs and educational trips - one meeting was rescheduled because they were all going to the Science Museum. And they have managed to get boys onto youth schemes at some of the London clubs - another meeting started late because a boy had a trial at Charlton Athletic."

Bawden said the agency hopes to start mentoring the boys on subjects such as writing, photography, social media, design, and, indeed, PR.

"Ultimately, Shoreditch Youth FC will learn how to market themselves. As Finn Partners we want to be associated with a great initiative that helps the 'other Shoreditch' – the one not in the 'flat white economy' or whatever they want to call it these days."

High fives all round.

Fun fact: PRWeek editor John Harrington previously used the pitch for football skills practice when he lived nearby and was training (with more seriousness) to become a journalist. Did his soccer training bear fruit? Harrington's non-active appearance at the PR industry five-a-side tournament in July probably says it all. Flack understands plans for next year’s PR Cup have begun. 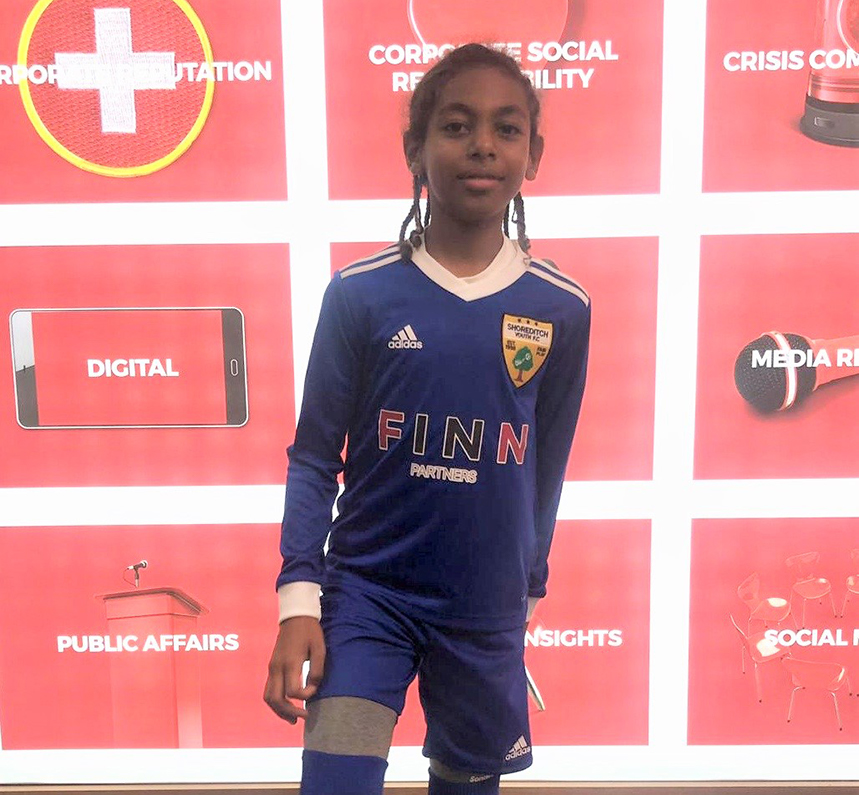 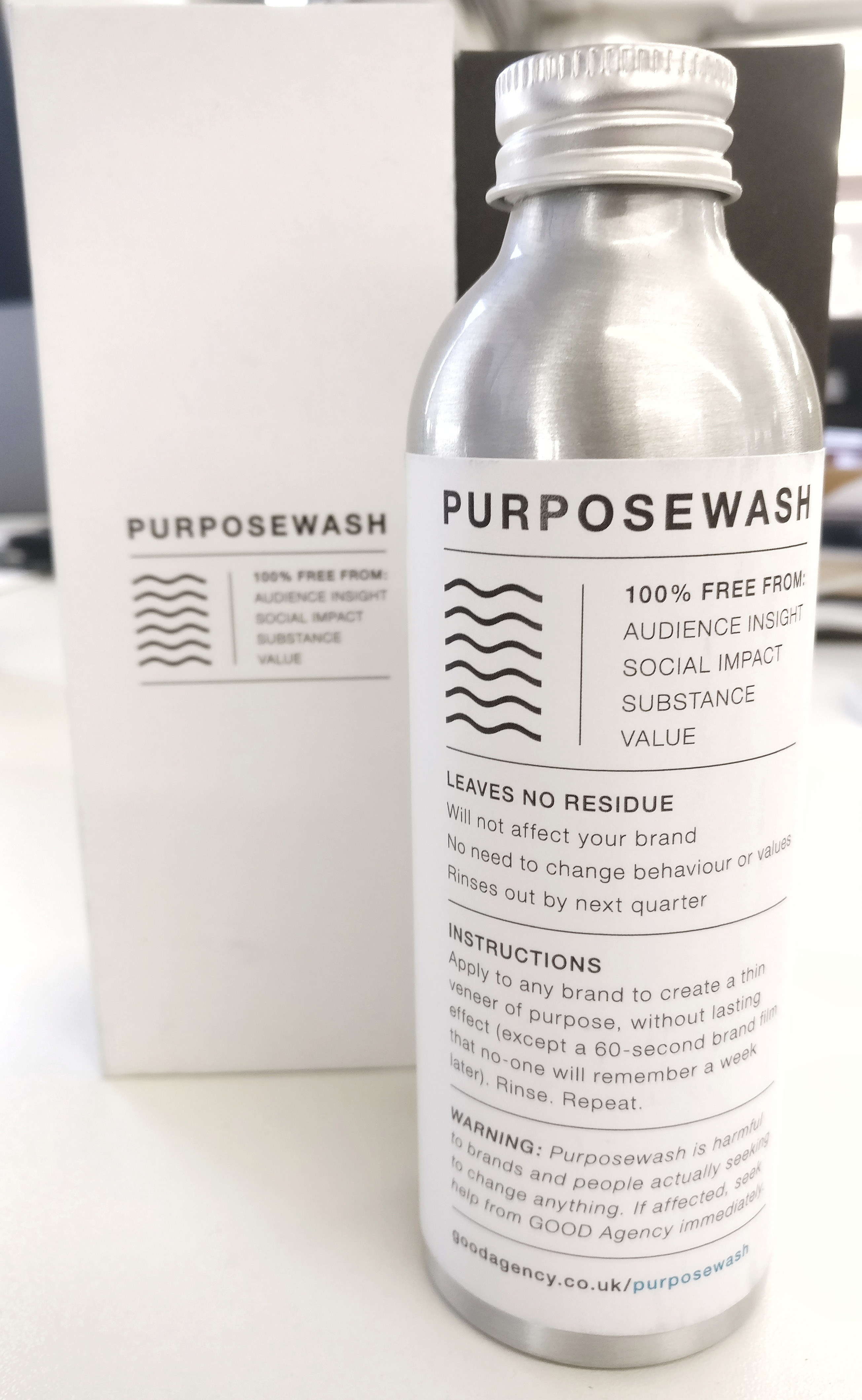 It was only a matter of time before purpose washing would become a thing – a real thing. Flack was delighted to receive its own bottle of Purposewash, by Good Agency, in the post.

It’s the "perfect product if you are looking for a quick fix for your brand marketing strategy (but not if you want to make a real impact)".

The critical ingredient missing from Purposewash, we are told, is profit. "The opportunity to embrace impactful purpose is £12 trillion".

Flack hasn’t yet had the courage to try Purposewash – but admires any agency that goes to this much trouble to bottle up industry cynicism.

PRWeek is constantly looking for submissions for its ‘My Biggest Gaffe’ series (Tweet us if you have one), in which candid PR pros tell their stories of naive, innocent mistakes made and lessons learned, usually when young and green behind the gills.

Rarely, however, have any of the aforementioned faux pas come close to what happened at McDonald’s in Portugal this week, where a Halloween campaign called Sundae Bloody Sundae (no, seriously) was inexplicably rolled out by the global fast-food behemoth. 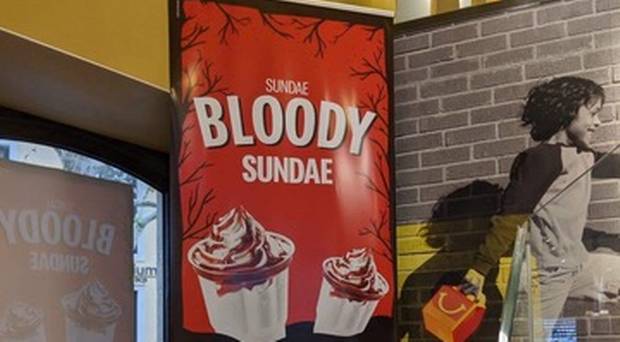 The shocking reference to one of the worst atrocities in the Troubles of 1970s Northern Ireland was quickly – and rightfully – removed and Flack can only hope the person responsible had no idea what Bloody Sunday actually meant.

A shout out to lobbying legend Lionel Zetter. Flack has been reliably informed that Zetter’s retirement party was deliberately timed for Brexit Day, or shall we say ‘Lexit’.

About 100 lobbying luminaries gathered in Ellwood Atfield Gallery for a Halloween party. Zetter stood on the table and told the crowd that there would be no extension to the Lexit process and that he wouldn’t be sending anybody billions of pounds to secure his retirement!

And unlike Boris, at least with Lexit, Zetter delivered – and will not be hiding in any ditches. 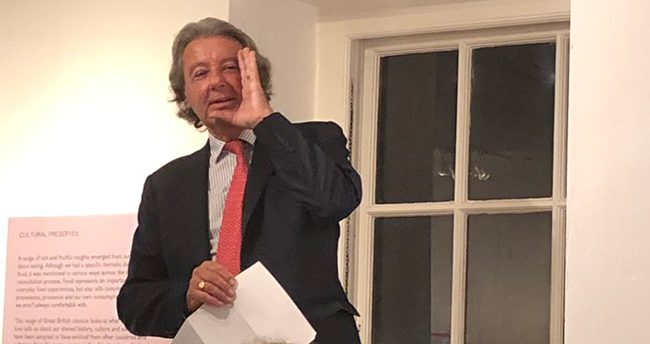 Flack has been somewhat disappointed by the quality (and quantity) of cheap Halloween-jacking stunts by brands and agencies this year.

So rather than wallow in candy (which may or may not have happened), here are a few bits that stood out.

Steer clear of caramels, lollipops, candied apples, sours and ‘jawbreakers’ if you don’t want to destroy your teeth while trick or treating.

They’ve created a "a unique bar and horror experience like no other".

"Everything from the décor and staff to the Kraken Rum cocktails have a spine-chilling ‘Marshall twist’, with surprises lurking around every corner. Those who scare easily should stay away as The Kraken does NOT do things by halves, and the thrills offered up will no doubt be (almost) as delicious as the drinks on offer!" 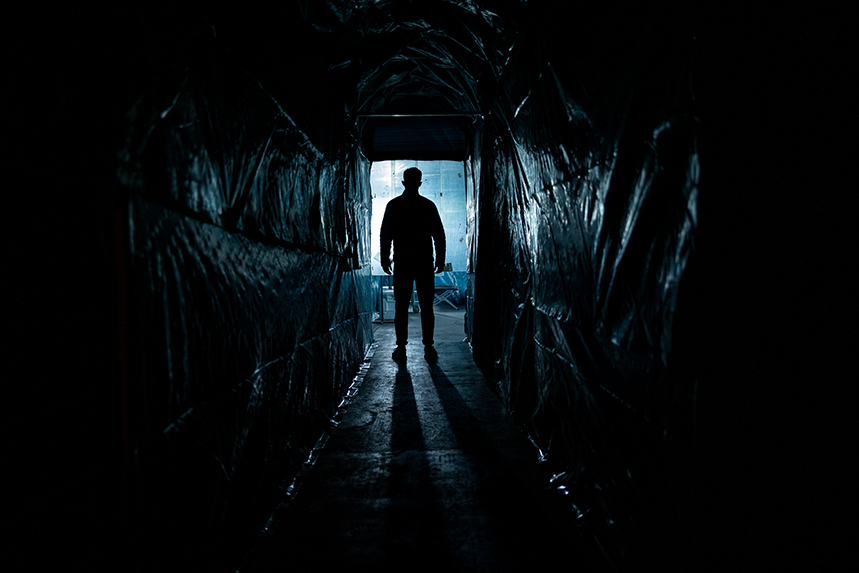 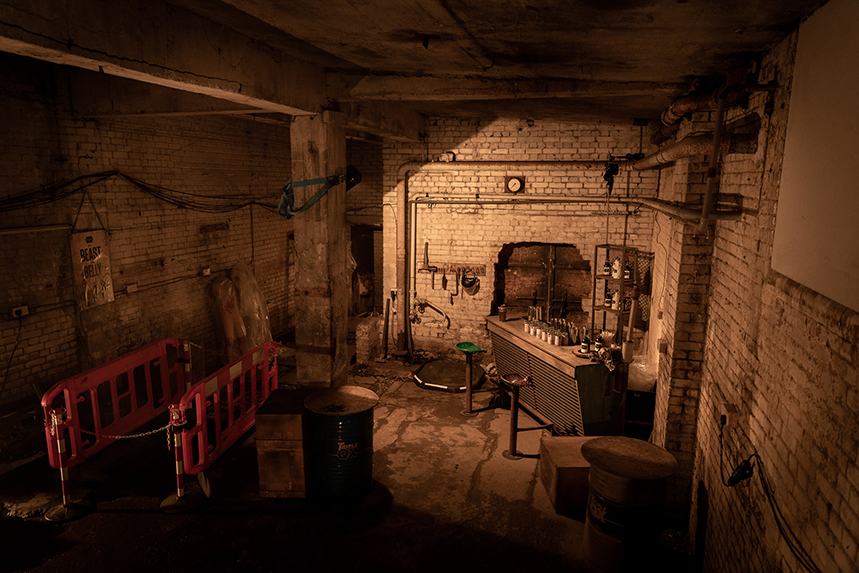 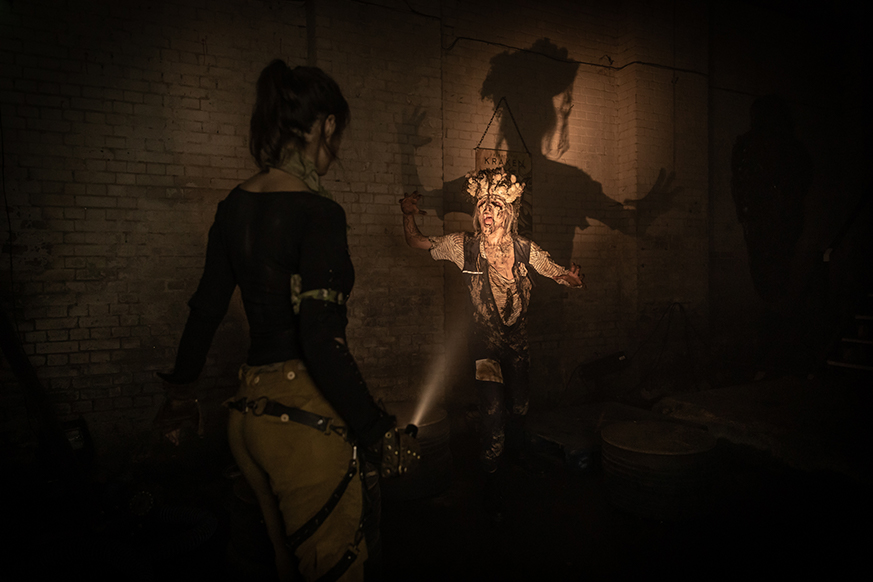 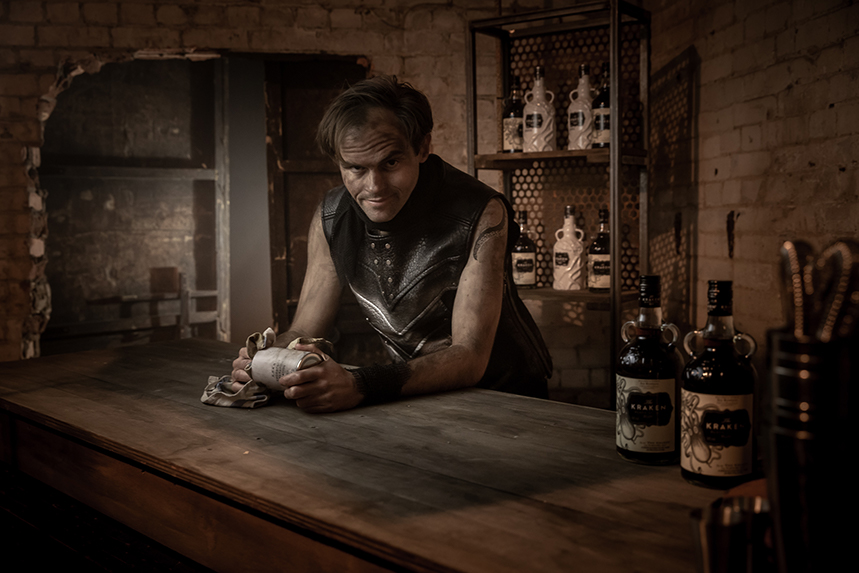 Best use of Halloween-themed tech goes to Mc&T - who earn extra points for combining Brexit and Halloween into a single app.

The good folks at CommsCo win Flack’s award for most fun Halloween-themed event. They took part in a quiz that involved being electrocuted, bobbing for Moams in shaving cream, pinning a dozen pegs to your face, eating a whole scotch bonnet chilli, answering a few questions and other ghoulish treats. 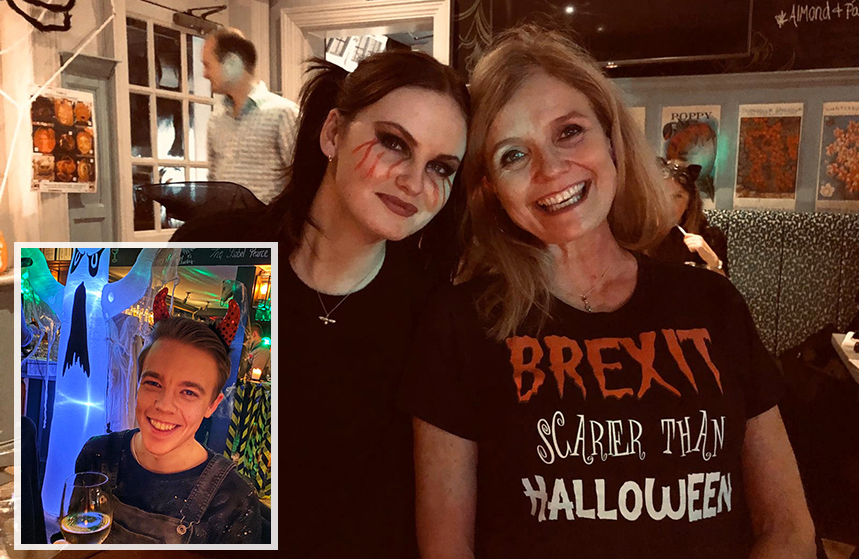 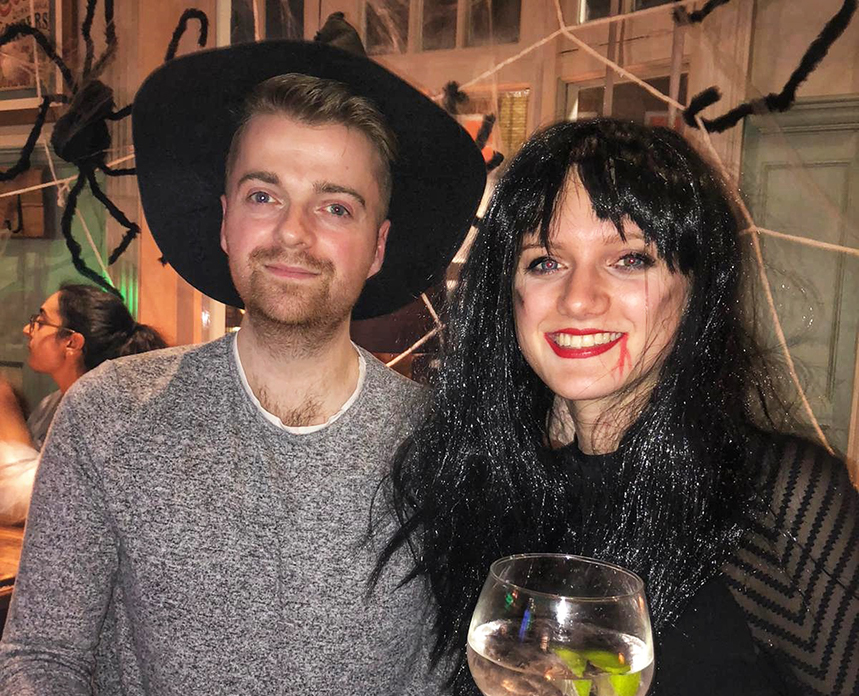 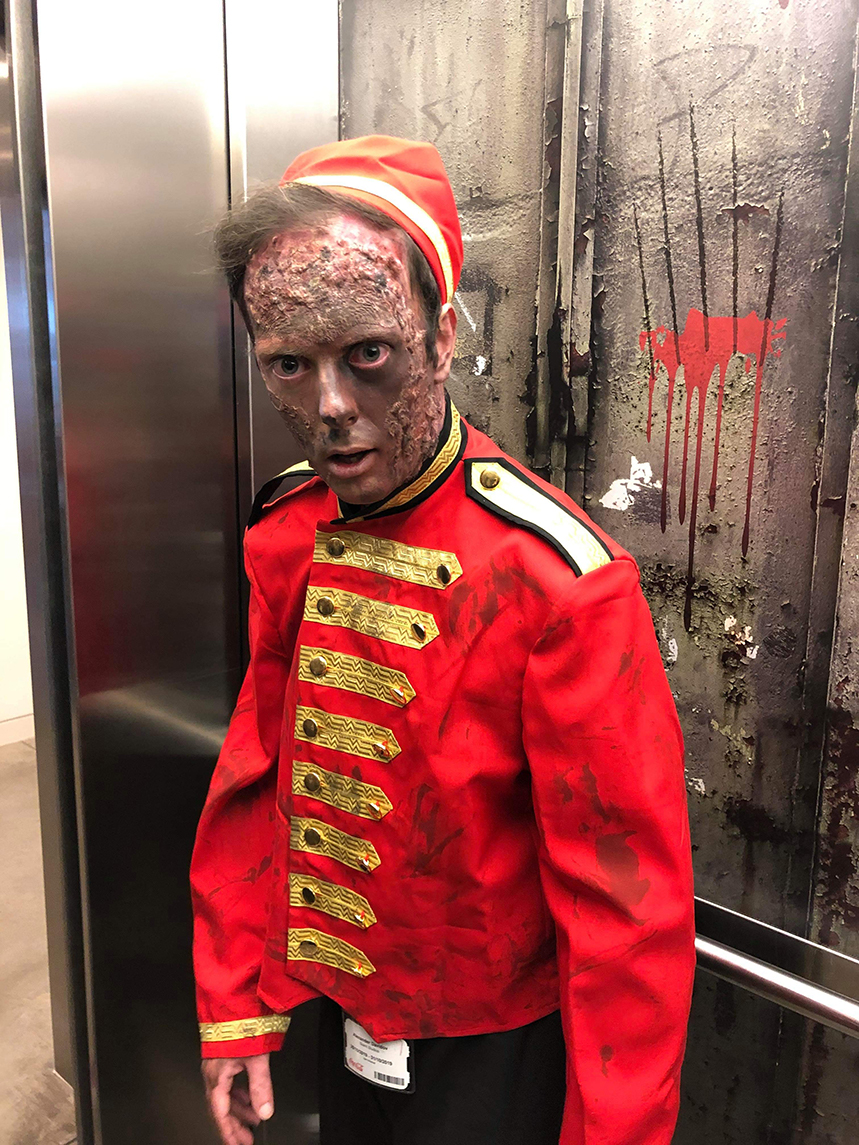 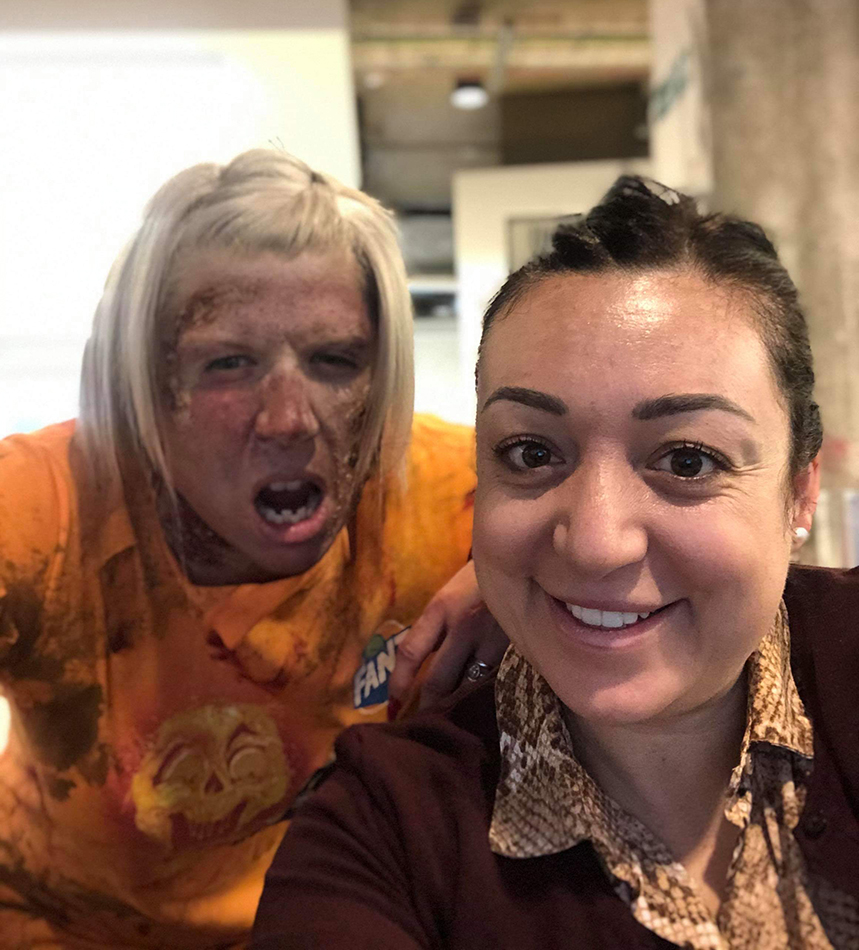 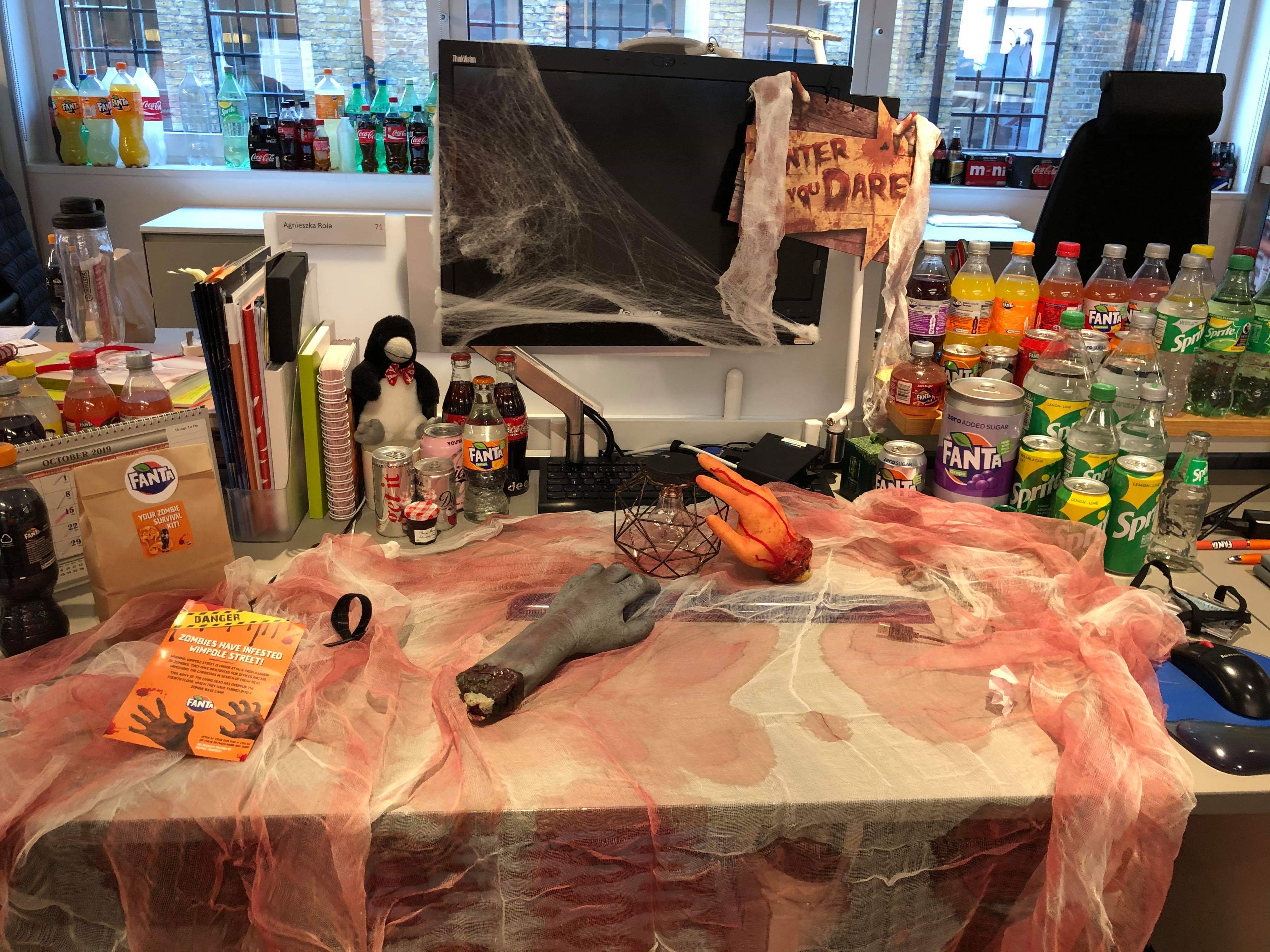 DON'T watch it if you are scare of GhostGoals !!
Managed this year to figure some things about the past and what could have happened !! Halloween brings great memories and I love to share them with you... Have you seen a Ghost ????
#HappyHalloween #GhostGoal pic.twitter.com/blSzY01HXV

Flack hopes you all had a 'bloody' good Halloween. 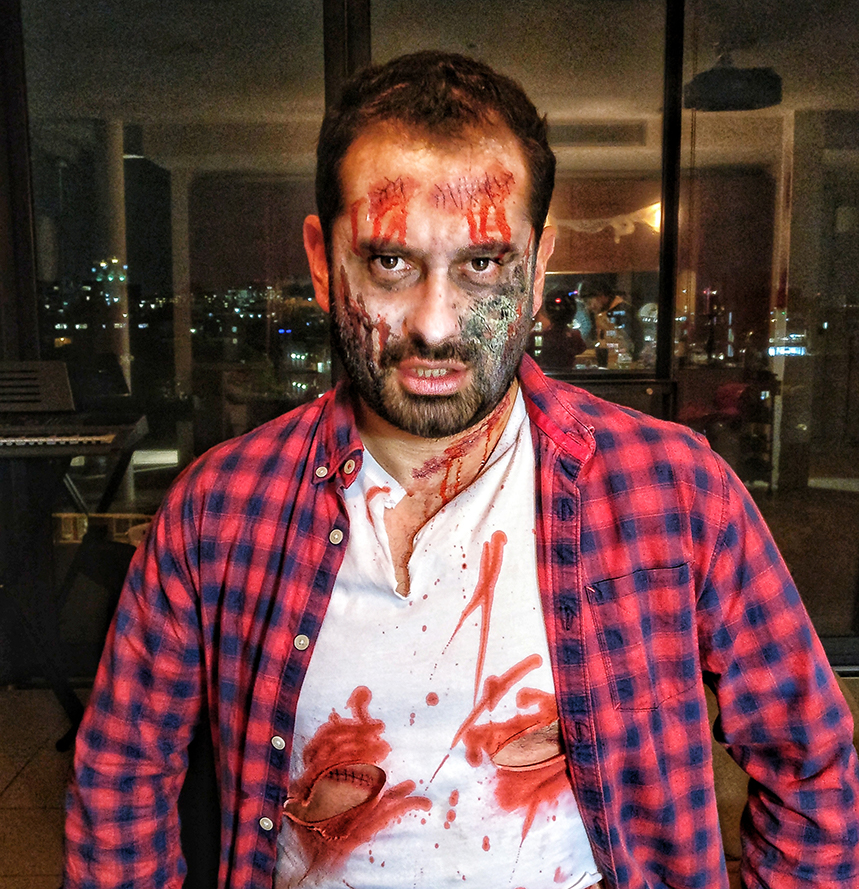