Hats off to Taylor Herring for this effective piece of Halloween fun for the Beano, which captured the mood of the moment.

A survey for the comic revealed the most popular costumes for children to wear on 31 October. One name caught the headlines: Boris Johnson is 10th in the list. Three costumes were created depicting Johnson in different guises: riding his bike, stuck on a zipwire, and being dressed for the Bullingdon Club.

In fact, more than half of the 2,000 children surveyed voted for the current Prime Minister as the scariest character of 2019. In addition, one in five plan to have Brexit-themed decorations, given Halloween was expected to be the day the UK leaves the EU.

Staying with Halloween, and this simple but clever and entertaining campaign for Poundland also generated heaps of publicity.

We're investigating other invisible clothing items but the buying team seem to be missing and we can't find them.....https://t.co/FhZhcij9Fy

To shine light on its Halloween range, and to tap into Harry Potter mania, Poundland has been offering an 'invisibility cloak' - in reality, a coat hanger available for free.

Well done to whoever penned this marvellously straight-faced comment attributed to Poundland trading director Tim Bettley: "We intended to trial this item last year but couldn’t find it in the distribution centre." 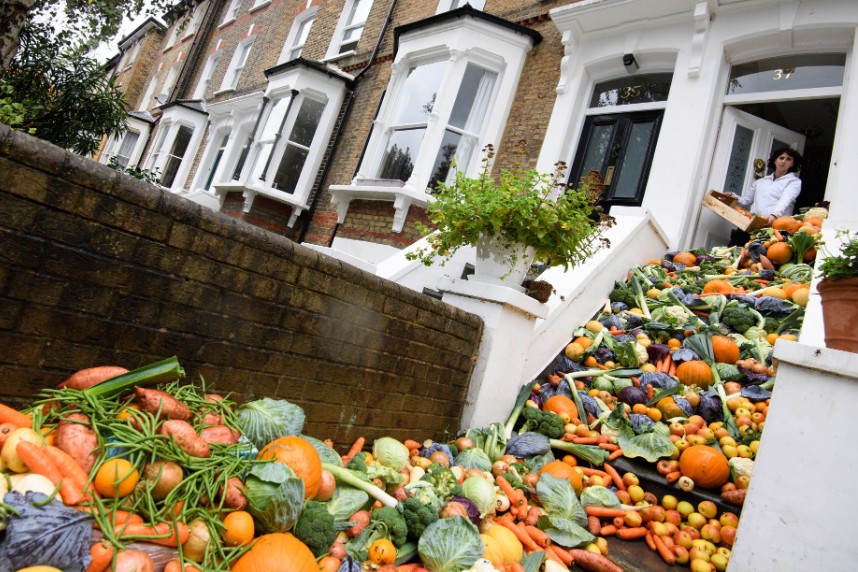 A London home has been transformed with tonnes of food to highlight the huge amount of food waste generated by households in the capital each year.

The Small Change, Big Difference campaign, a concept and execution by Smarts Communicate, highlights that well over half of all food waste produced in the UK every year comes from households.

While most London boroughs offer residents food recycling collections so they can turn inedible waste food into energy or compost, the campaign asked people to use their caddy for things like peelings, bones and eggshells.

Boroughs that do not currently have a separate food waste collection have been asked by the Mayor of London, Sadiq Khan, to introduce one for all street-level properties by 2020.

All edible leftovers from the installation were donated to London charity City Harvest, and redistributed to organisations that feed people in need.

The mega-selling band offered a PR masterclass for the release of their eighth album, Everyday Life.

The 'teaser' announcement, which involved placing mysterious billboards at various locations across the world, was followed by the ingenious idea of sending cryptic letters to individual fans around the world - generating media interest about whether they were genuine. 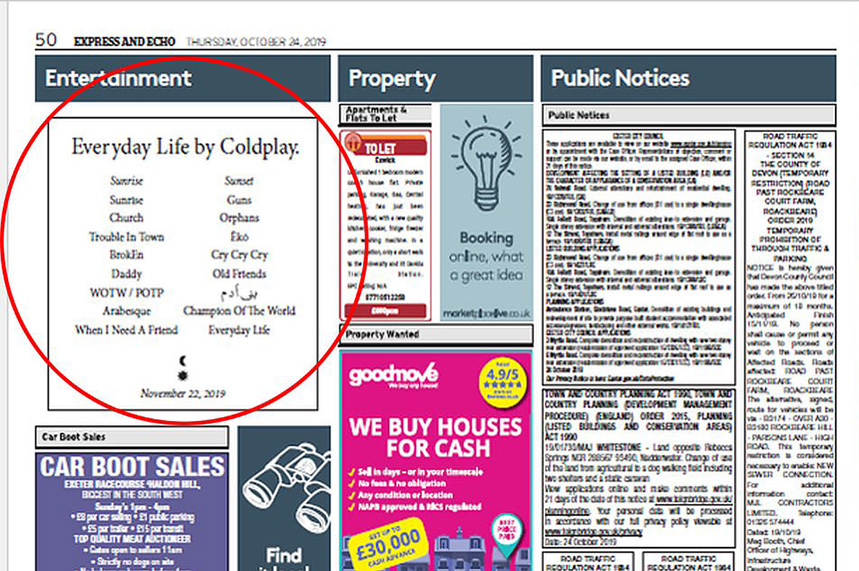 Releasing the track list via classified ads placed in local newspapers was also an inspired move.

Virgin Atlantic - Come Flea With Me

Virgin Atlantic boss Richard Branson put to the test his bartering skills with some of the finest in Israel locals to celebrate the Virgin Atlantic’s new flight route to Tel Aviv.

The Virgin Atlantic founder set up the ‘Come Flea with Me’ travel agency at Tel Aviv’s famous Jaffa Market, offering locals the chance to barter with him for flights to London.

Manifest were the creative and PR agency behind the stunt with Bark films handling the production.

"Israel is famous for its savvy negotiators, so I wanted to go head to head with some of its residents to put my skills to the test and I had to bring my A-game," Branson said.

]"With its thriving start-up scene, pristine beaches and vibrant nightlife, Tel Aviv was a key destination for Virgin Atlantic to establish a new route."

Read next: Five Campaigns We Liked in September - your winner revealed