The communications team at Kaiser Permanente is a precise operation that’s been given clear rules of engagement: no more hot dog procurement.

But this wasn’t always the case.

In late 2017, the nonprofit healthcare system hired Kathryn Beiser as its first chief comms officer, effective January 2018. When Beiser started reviewing the function, she says despite the "great work" it was doing, there was a lack of focus.

Stretched across too much of the day-to-day minutiae, the discipline "devolved" into an amorphous function that did everything for everyone.

At the time, comms was not only responsible for comms: It had to organize events, coordinate boarding and lodging and arrange for meals, "which wasn’t really what a professional communicator should be doing," Beiser says.

Identifying what comms should and shouldn’t do became a top priority.

"We joke our department is no longer going to do hot dog procurement," Beiser says.

Comms at the time was not a standalone division; rather, it was part of each department across Kaiser Permanente. Over the course of her first year, Beiser reshuffled the disparate comms staffers into a more centralized structure, pulling in employees from marketing, government relations, the office of the CEO, IT and national facilities.

"We shifted away from some of the operational day-to-day communication that was going on and focused more on strategic communication for the organization," Beiser explains. "And we were able to do that through the structure. We created something that was different than anybody had ever seen before on our team. I’ve never had a structure like this as a CCO."

After moving on from Edelman in early 2017, Beiser worked a brief stint as a senior adviser to APCO Worldwide. A recruiter reached out to her about an opportunity for a California-based role.

Beiser declined it for a simple reason: "I had no intention of moving to California."

But Beiser agreed to an interview after she learned more about the role, namely the opportunity to build a new comms function at one of the country’s largest nonprofit healthcare systems, while working alongside chairman and CEO Bernard Tyson. "I knew I had to have this job," Beiser says.

Beiser was particularly inspired by his swift action in response to the Unite the Right rally in Charlottesville, Virginia.

For the uninitiated, Kaiser Permanente is an "integrated healthcare system."

It offers nonprofit, prepaid insurance plans and healthcare through its own facilities and physicians. Its operations are vast, serving more than 12 million members in eight states and Washington, DC, with more than 200,000 employees. 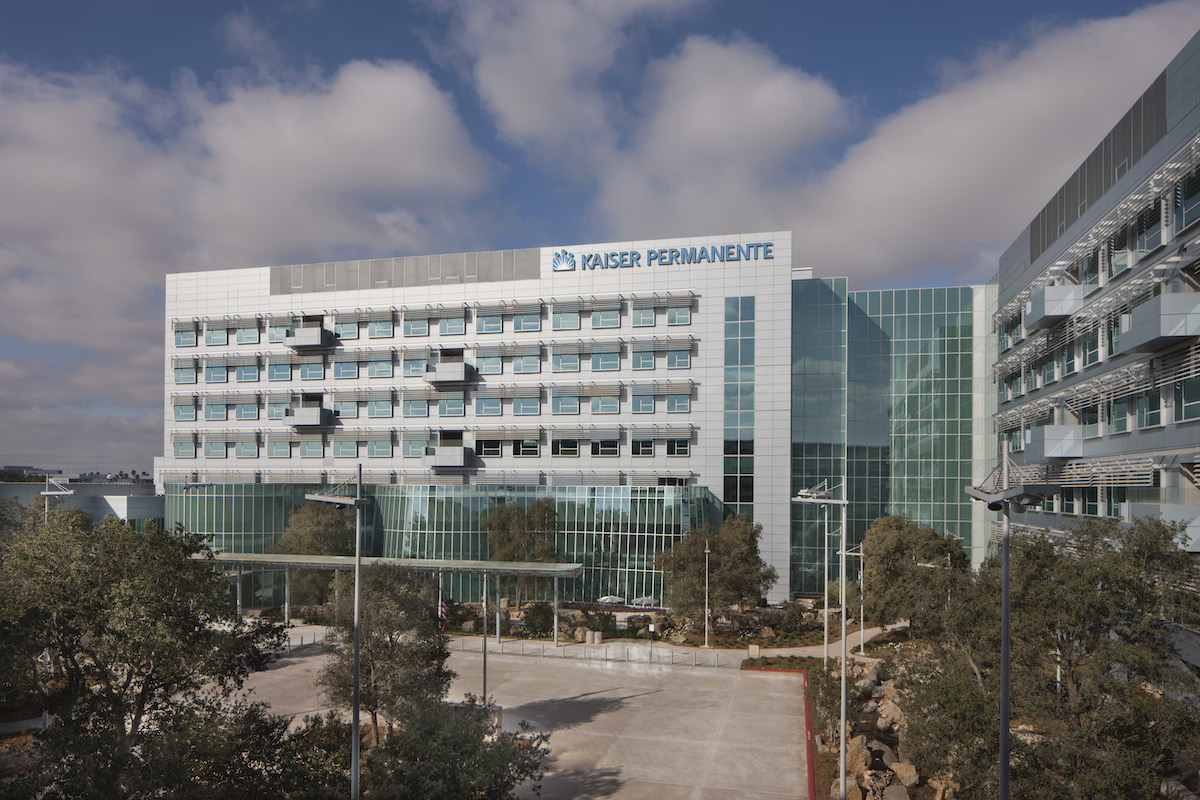 An organization of such scope offers plenty of rich material to mine for stories, but Kaiser Permanente probably abused that luxury by over-communicating, Beiser explains.

"A prodigious amount of communication was being generated by our organization," she says. "We were putting out too many press releases. You know: the ‘90s called. They wanted [their comms] back."

"I am certain that by trying to tell every single story about Kaiser Permanente — and we have so many stories — that we started to sound too much like every other healthcare organization," Beiser says.

Her arrival heralded a new discipline — quality over quantity. Or, in her words, "more narrative and less noise."

Ditching the blunderbuss tack, the organization chooses which stories it tells with greater care.

Kaiser Permanente boiled down its narrative to a mission: "We provide high-quality, affordable healthcare. And the goal is to improve the health of our members as well as the communities we serve."

Beiser says she played a role in the rollout of "Challenge Possible," a 2018 internal initiative that crowdsourced Kaiser Permanente’s rank and file for new ideas around how to tackle three major areas: mental health, community health and personal health.

The visual identity and campaign elements Beiser presented to Tyson deviated sharply from Kaiser’s "Thrive" brand guidelines, which are colorful and positive. Beiser’s images were in stark, black-and-white images of people suffering.

An object of scrutiny and vexation, "purpose" has been one of the buzziest topics not only in the marketing and communications industry, but also the broader business community.

Earlier this year, the lobbying group Business Roundtable penned a new "purpose statement," promising to prioritize the interests of not only shareholders but also customers, employees, communities and the environment.

Kaiser Permanente’s Tyson was one of the notable absentees from the letter. His reason was simple: the statement didn’t apply to the nonprofit organization, because it doesn’t have shareholders.

But Beiser says the organization has become more vocal about its social stands under Tyson’s leadership, which began after George Halvorson retired as CEO in 2013 and as chairman in 2014.

Purpose is woven throughout Kaiser Permanente, she notes.

"We live it every day," Beiser says.

One of the earliest examples of Tyson’s candor followed the protests in Ferguson, Missouri, after the shooting of Michael Brown in 2014. Tyson’s statement struck a personal note, drawing from his own experiences as a black man in America.

Tyson recounted "the talk" his father gave him about how to behave when confronting a police officer. "I hold to this day that the biggest battle within me was the rage at how I was being treated while having to do what my father told me and respond appropriately," he wrote.

Kaiser Permanente built its platform of social issues around areas where it can make a direct impact, Beiser says: homelessness, food security, gun violence and social health. It launched a $200 million Thriving Communities Fund, on the board of which Beiser sits, to fight housing instability and homelessness by partnering with local organizations.

"It behooves all of us to work together to find common solutions and to invite others to join us." —Kathryn Beiser

Kaiser Permanente’s communications continues to court controversy when it feels compelled to speak on its conscience. Recently, Tyson voiced its opposition to the Trump Administration’s expansion of the "public charge" definition. He took aim at the possibility that the U.S. Department of Homeland Security’s rule will discourage legal immigrants from accessing public healthcare benefits.

"Beyond simply being the wrong policy, this opens the door to poorer health outcomes and runs contrary to our values," Tyson wrote.

Other times, Kaiser Permanente’s comms seeks to raise awareness around societal problems. For example, the organization made social health one of its top priorities. It’s committing its resources toward combating the social determinants that affect a person’s ability to achieve health and wellness, such as homelessness and housing insecurity.

In short, Kaiser Permanente tells stories about the most pressing issues of our time and how it, as a healthcare system, can address these challenges.

"I believe so strongly in the importance of communications that adds to an organization’s brand and reputation," says Tyson in a statement. "I’ve seen firsthand the 21st century evolution of our communications function — there has been a major shift in how the team operates, collects intelligence and develops our narrative with leadership or in partnership with others. As a result, our organization, brand and reputation are all better for it."

The 2020 U.S. Presidential Election poses the same question Kaiser Permanente faced when it was founded almost 75 years ago as a healthcare provider for Kaiser Shipyards: How do you provide healthcare that is both affordable and high quality?

Democratic progressives, such as Senators Bernie Sanders and Elizabeth Warren, want to dismantle the status quo with a Medicare for All plan. On the polar opposite, Republicans still froth at the mouth at the opportunity to repeal the Affordable Care Act.

And somewhere in the middle, former Vice President Joe Biden wants to add a public option.

Beiser says Kaiser Permanente would never choose one candidate over another. However, she says that the healthcare system overall is "very strong."

"The idea of throwing it all out is not ideal," Beiser says. "We need to fix and build upon ACA and [the] other improvements that have been made over the years."

Beiser also stresses that the proposals put forward by Sanders and Warren aren’t palatable for most voters, especially Medicare for All, a plan that would "significantly" increase taxes.

"We acknowledge that healthcare is increasingly unaffordable for the majority of Americans," Beiser adds. "It is a problem that we have to solve as a society. We believe, too, that a lot of the building blocks for solving this are already in place. The goal is to improve upon a very strong system that already exists rather than dismantle it entirely."

What previously distinguished Kaiser Permanente from its competitors was its embrace of IT, spending $30 billion in tech over 10 years that "led to better-coordinated patient care," per The New York Times.

Now, advances in technology have transformed how healthcare is delivered to consumers. In 2018, 62% of all patient interactions at Kaiser Permanente were done through telemedical means, including phone calls, secure messaging and video, Beiser notes.

The current system forces patients to drive to a physical location. "We are shifting that dynamic," Beiser says of this change across healthcare. "We need to meet consumers where they are."

Kaiser Permanente wants to evolve the system so it can better service patients while honoring its legacy of pioneering preventative care, Beiser explains.

Berkshire Hathaway’s Warren Buffett and Charlie Munger praised Kaiser Permanente when they helped launch Haven, the joint venture undertaken by Berkshire, JPMorgan Chase and Amazon. The business community was quick to point out the parallels between Kaiser Permanente and Haven, also a nonprofit venture.

However, troubles are gathering on the horizon for the health system. The organization is in the middle of labor negotiations with members of the Coalition of Kaiser Permanente Unions. More than 160,000 of its employees are in unions.

The coalition claims Kaiser Permanente has been too focused on margins at the expense of its workers and patients. Rebutting those allegations, the health system says its workers are compensated 23% above market rates.

Most recently, the Service Employees International Union-United Healthcare Workers West authorized the right to strike, although this does not mean a walkout will definitely take place.

That event triggered a war of words and set the stage for what could be a historic 80,000-worker nationwide strike.

"Our roots are in labor," Beiser says. "We are the largest, I believe, unionized healthcare workforce in America. And we value our relationship with labor. Our goal is to be as transparent as possible. And sometimes that involves a lot of good dialogue."

Despite the latest disagreement between the coalition and Kaiser Permanente, the organization believes it has set the bar for employee-employer relationships by involving its workforce in making decisions.

"We may have occasional disagreement, but we always work through these challenges to align on common goals that are in the best interest of our members, patients, employees and the communities we serve," a statement says.

Hiking, books and the boss

The high-flying comms exec doesn’t spend all her time combing through media reports, coming up with new PR strategies and putting out the occasional reputational brush fire.

Beiser is passionate about hiking with her husband and dogs in the northern California hills.

A binge-reader, she just finished Educated: a Memoir by Tara Westover, a book about a teenager from rural Idaho that sets foot in a classroom for the first time at age 17. Beiser says it is "outstanding."

Beiser is also a devotee of the Boss, being known to "travel far and wide to hear Bruce Springsteen in concert."

With her youngest child off to college, Beiser is acclimating to the prospects of being an "empty nester."

But most of all, her biggest love in life is spending time with family and friends.