Rules and regulations can loom as a dark cloud for marketers who work in most industries. This is particularly true for the pharmaceutical sector. However, GlaxoSmithKline Consumer Healthcare’s CMO and VP of U.S. marketing Amardeep Kahlon welcomes that challenge.

"Creativity comes from extremes," he says. "Sometimes taking away things leads to creativity." 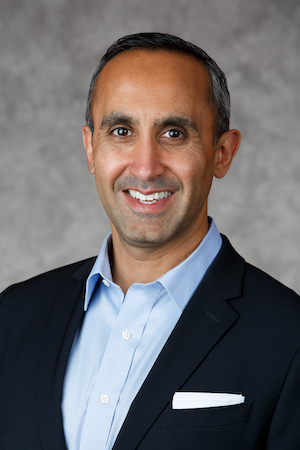 Kahlon has worked at GSK for 20 years, but has only been in his current role since May 2018. Since then, he has strived to build a courageous culture at the company.

"A courageous culture is the foundation for the marketers in my group to experiment and try new things," says Kahlon, who has 10 direct reports and over 100 people on his team. "How do we nurture courage and innovation to try bold things in the marketing group? Without that, you don’t have the ability to raise the bar."

When Donald Trump and Hillary Clinton faced off in presidential debates in September 2016, there was a lot of chatter on social about the event causing headaches. GSK brand Excedrin jumped on the opportunity with a Twitter campaign called #DebateHeadache as the candidates squared off.

Traditionally, GSK brands avoid politics for various reasons, but Excedrin decided to insert itself into the conversation because its social media team detected a big spike in people talking about headaches. The campaign was a huge success and helped GSK and its agency partners win two 2018 PRWeek Awards for Best in Healthcare and Best in Social Media.

"We don’t plan to participate in any upcoming debates, but who knows?" says Kahlon. "Consumers must be talking about headaches as that will give us permission. I don’t want to be a brand that force-fits itself into a conversation. It becomes too opportunistic."

A big part of the marketing strategy behind Excedrin is to find culturally relevant moments, relatable to the brand. Kahlon’s team looks for situations that can be headache-inducing, seeking to provide consumers relief when they need it most.

That’s why Excedrin has specifically latched itself onto sports since 2017. Sports, explains Kahlon, can be pretty emotional for major fans, between a favored team losing or a popular player moving elsewhere.

The brand relieved an angry fan’s headache when he missed opening day of the New York Mets season due to train delays and helped a Cleveland Browns fan raise money for his sarcastic "Cleveland Browns Perfect Season Parade 2.0."

As the NFL season kicked off, packs of Excedrin were handed out to fans at MetLife Stadium to help them get over the headache of Giants wide receiver Odell Beckham Jr.’s recent move to the Cleveland Browns. 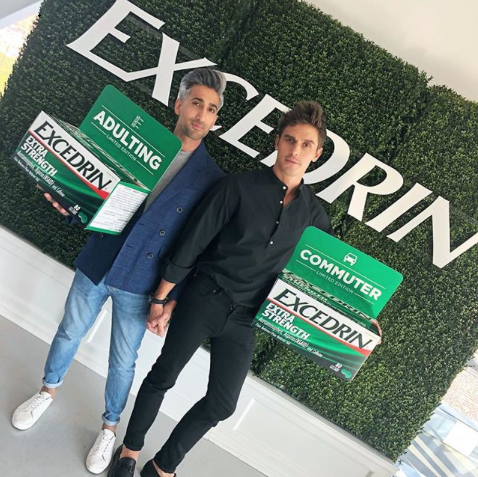 The launch even garnered attention from celebrities such as Reese Witherspoon, who tweeted, "What is Adulting Excedrin?!? And why don’t I have it?!?"

GSK takes a similar approach to marketing with Tums. When LeBron James left the Cavaliers to join the Lakers, the brand hooked up Clevelanders with free antacids.

"We find situations or occasions that are heartburn inducing," says Kahlon.

In May, Tums was also named as the official sponsor of season nine of YouTube series Hot Ones. The show features host Sean Evans who interviews celebrities while they eat 10 progressively spicier chicken wings.

"Who would have thought Sensodyne would take over that day?" says Kahlon.

The company’s Theraflu brand also showed up in a different space when it launched PowerPods, single-use plastic pods that fit into Keurig and similar coffee makers.

"Theraflu in K-Cups. We took a risk on that and embraced it as a new delivery mechanism," explains Kahlon.

To help GSK determine intelligent decisions on how its brands go to market, and if certain risks are worth it, Kahlon has embraced technology.

"We can do things like eye tracking as [consumers] look at shelves and products as well as heat maps on packaging," he says. Additionally, he aims to add personalization to the marketing strategy for all GSK brands.

In March through June 2019, for nasal spray brand Flonase, Kahlon’s team connected data together for consumers to give them a heads up if allergies were going to be worse in their region via mobile and digital outdoor billboards.

"If you have a mobile, something popped up that said ‘allergies are coming your way,’" he says. "That way we could talk to consumers on a one-to-one basis."

For its Excedrin Works and Migraine Experience campaigns, the brand "recreated" migraines with AR and VR and used real people and their stories to help others understand. The campaign was inspired by the insight that 88% of migraine sufferers feel misunderstood.

A major priority is building trust. GSK does this through what Kahlon calls "expert marketing," calling on pros like dentists or doctors to recommend a GSK brand. "Trust can also be reviews online or by influencers," he says.

Kahlon wants each and every brand to "live their brand purpose" more often.

"Purpose is more important than positioning now," says Kahlon. "[It’s all about] the difference marketers are making in the world for the people they serve with their brand."