Sometimes a cactus isn’t just a cactus. In a marketing campaign by healthcare startup Hims & Hers, phallic images of cacti popped up in the New York subway last year, thrusting erectile dysfunction into the faces of grim straphangers on their daily commute.

But the point of the suggestive marketing material wasn’t only to amuse. CEO Andrew Dudum says he wanted to provoke, to spark a conversation, to lighten up the verboten topic with a little humor. 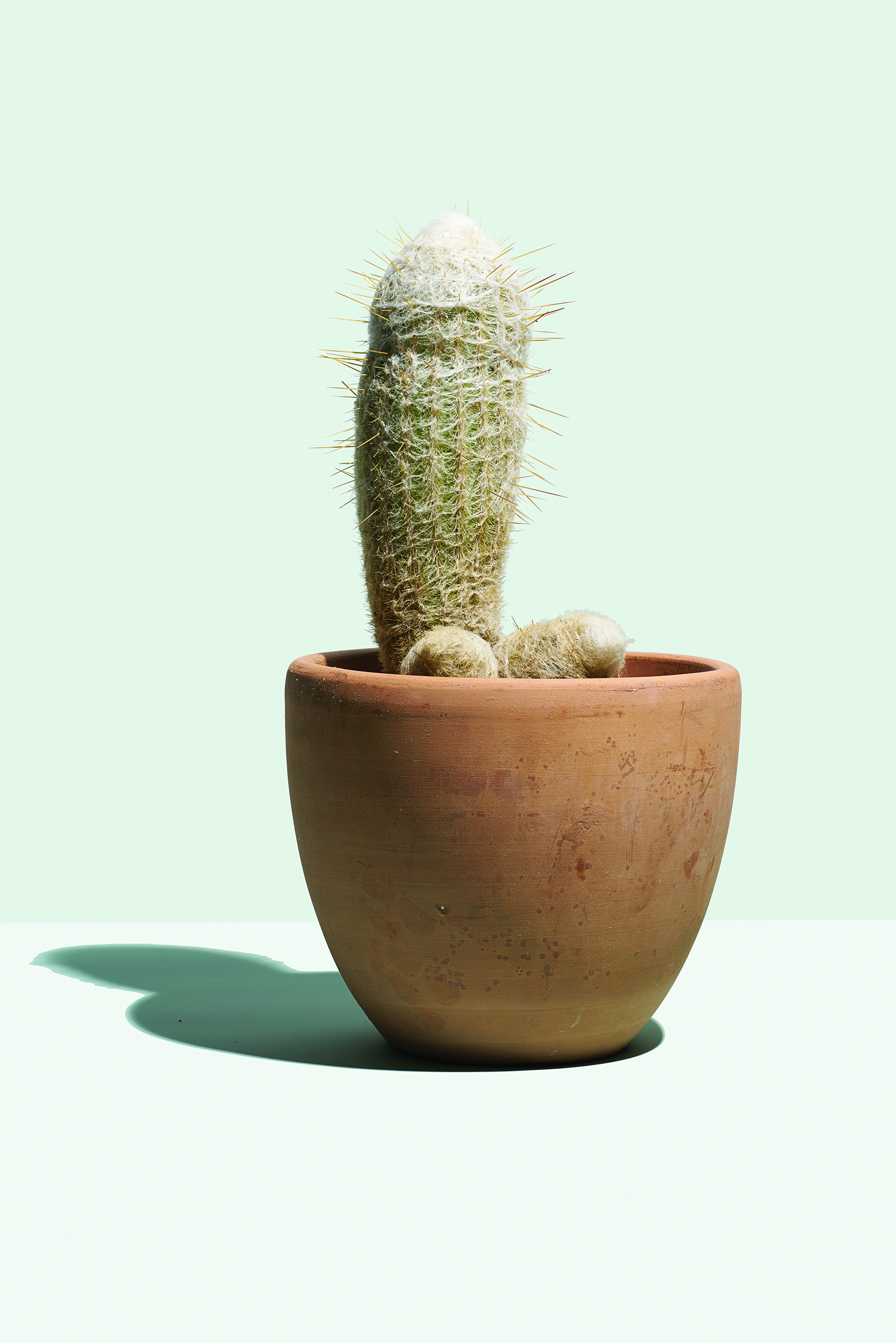 In a recent marketing campaign, Hims & Hers used a series of cacti to bring the topic of erectile dysfunction front and center.

No matter how embarrassing or seemingly unique the situation, whether it’s mental health or sexually transmitted diseases, or hair loss (for men and women), Hims & Hers’ message is: You’re not alone.

"The one thing I want everybody to know is if you worry about an issue or a condition, or are struggling with something, that statistically you’re likely in the norm," Dudum says. "The shame we deal with and things we worry about are the same things almost everyone deals with and worries about."

By reminding consumers they’re "exceptionally average" when it comes to their health, Hims & Hers hopes to eliminate the shame of stigma, which can prevent patients from seeking care.

Launched in 2017, Hims & Hers allows consumers to order drugs through its website after a physician screens their personal health information. The idea is to enhance healthcare access for certain medical conditions through its technology platform, which hosts "thousands" of consultations daily without the hassle of an in-person meeting.

At the start of 2019, Hims & Hers was valued at $1 billion after it raised $100 million. The company previously raised $197 million. "We don’t share a tremendous amount there," Dudum says of the company’s financials.

He will admit the original Hims brand did $1 million in sales in its first week — likely the smallest week the brand has ever had. The company launched Hers, a lineup of women’s health products, in 2018. Across both product lines, it sees thousands of new patients every day.

In previous interviews, Dudum has spoken out against the venture capital "pump-and-dump" schemes that pour vast sums of money into marketing and customer acquisition to achieve high growth rates. This approach often results in the ecstasy of soaring valuations and the misery of growing pains.

"Any operator and executive needs to be exceptionally disciplined, right?" Dudum says. "There are dozens of examples in the Valley of companies that have been riddled by short-term greed,short-term incentives and not building businesses that, quite frankly, have the fundamentals to endure for decades."

In today’s environment, that word "access" carries an especially pointed political connotation. Earlier this year, a handful of states passed laws prohibiting abortion as soon as a fetal heartbeat is detected, which typically occurs six weeks into a pregnancy.

These so-called "heartbeat bills" could potentially strip women of the right to abortion before they know they’re pregnant, according to critics of the laws.

The bills prompted an outcry from the public and business leaders, including Dudum, who added his name to an open letter signed by top executives from 180 companies, such as Yelp, Slack, Tinder, H&M and Square.

In a fiery op-ed on CNN, Dudum decries the "calculated assault on a woman’s fundamental right to choose what to do with her own body." The heartbeat bills stood in direct opposition to his mission to provide access to healthcare "without complication, bias or judgment," he wrote.

The issue underscored Hims & Hers’ need to "stay focused, work harder and keep pushing as hard as we can," Dudum says. But this idea of access has other meanings as well: cultural stigma that shames patients into not seeking care, affordability in a healthcare system that isn’t affordable, proximity when customers are forced to travel to locations that are sometimes hours away, and many more.

"Access is at our core," Dudum says. "Any types of movement that preclude or prevent individuals from learning, getting treatments, getting access to things that are scientifically proven and medically verified and approved are at odds with our mission."

However, the idea patients should be able to access healthcare with greater ease, without the discomfort of an in-person appointment, has attracted scrutiny.

Critics question the wisdom of a business model that allows patients to order drugs the same way they order food online.

The scale of Hims & Hers, as well as its competitors, makes them wonder if these companies have the means to properly vet each request if their platforms conduct thousands of consultations every day.

Dudum expresses understanding and patience with those leery of his company.

But he argues Hims & Hers relies on "sophisticated programs" to ensure its partner provider networks and the physicians on the platform are of the "highest quality." In other words, it’s not enough to provide cheaper care, but to provide care that can be quantitatively proven to be as good, if not better, than care within the existing system.

Over the summer, Hims & Hers went on a hiring spree for comms, public policy and marketing. It named Chris Massey, formerly of Square, its SVP of public affairs and government relations. It also appointed Blain Rethmeier, a vet of Ditto PR and Edelman, VP of public affairs.

Then, in July, Hims & Hers added Dr. Pat Carroll as its first chief medical officer. He was formerly the chief medical officer at Walgreens. Carroll explains Hims & Hers’ credentialing process is unique in that it has a written portion to ensure physicians can communicate with patients. In addition, the company works closely with its provider networks to ensure quality.

For instance, when it comes to ordering pills for erectile dysfunction, Hims & Hers screens patients by listing factors that could lead to cardiovascular disease and drug interactions, Carroll says. To qualify to order the pills, the patient must be categorized as "low risk."

"Everything is based on these rigorous guidelines," he adds. "When you do things that are new, we need to do them with transparency, data and consideration. As we push into new markets, we will continue to use the same systematic approach." Dudum says he’s comfortable with the state agencies, medical boards and legislators who understand the demographics and needs of local residents.

"The state regulatory agencies are fair and balanced," Carroll adds. "It’s on us to show what we bring in the quality of the care, to really educate all of these regulators about what we can offer in terms of being part of the healthcare ecosystem."