The creative (see below) will be rolled out at all Premier League matches from Saturday 19 to Sunday 27 October, emphasising that racist conduct is not tolerated, and urging supporters to take action – ‘If you see it, report it’.

The video says that while there is room for passion, rivalry, drama, agony, ecstasy and every kind of emotion, there is no room for racism. At least one player from each premier league club is featured.

On Tuesday night, England players were racially abused with monkey chants, Nazi salutes and ugly scenes from sections of the home crowd as England beat Bulgaria 6-0 in Sofia.

The game was suspended twice before half time and English players had considered walking off.

Post game, the Bulgarian coach and several players denied they had heard any racism, albeit it with the brave exception of Bulgarian captain Ivelin Popov, who was remonstrating with fans to stop the abuse at half-time.

This sharply contrasted with England’s response, which was calm, measured and mature. The players, coach Gareth Southgate and FA strongly condemned the treatment and there have been calls on UEFA for a heavy-handed response, something they have been criticised for avoiding in the past.

"Our fans share the belief that racism has no place in football or wider society, but discrimination still exists among a minority. We will not tolerate racism in any form and urge anybody who witnesses racist behaviour to report it," Premier League interim chief executive Richard Masters said.

Racism reports on the rise

The urgency to tackle racism in football is clear. The anti-discrimination charity Kick It Out reported that in the 2018-19 season, it received 422 reports of discrimination, up from 319 in the previous year.

Alarmingly, incidents of racism continue to rise in both professional and grassroots football, accounting for 65 per cent of reports – up 43 per cent on the 2017/18 season.

"Tackling discrimination is a priority and we carry out a wide range of work in this area throughout the year," Masters added.

"Education is crucial and our clubs run fantastic community programmes focused on informing thousands of children and young people about the importance of equality and inclusion.

"Off the pitch, we continue to review and improve reporting and sanctioning processes for offenders. And within the game we are committed to creating more pathways for black coaches."

The video is part of a broader offensive to combat racism in terraces across the country. This includes reviewing how offenders are identified, investigated and sanctioned, as well as education and rehabilitation programmes.

The Premier League said senior stewards have been trained to gather evidence and identify offenders at matches through the use of technology.

Another major concern is racist remarks towards footballers and fans on social media. Football authorities are "putting pressure" on social media companies to tackle the issue of racism on their platforms, while the league is working with its BAME Participants’ Advisory Group to ensure the views of BAME players and coaches are heard and inform ongoing work.

The maker of FIFA 20 has thrown its full support behind the Premier League's No Room For Racism campaign.

FIFA 20 players will be able to see this reinforced in-game with a new kit, crest and TIFO designs backing the campaign in FIFA Ultimate Team over the coming months.

Liverpool defender and Premier League player of the season Virgil Van Dijk said: "Football is for everyone. When that’s challenged, we must forget team colours and stand together to show there’s no room for racism in football or society. EA Sports FIFA supporting the Premier League’s No Room For Racism campaign, is a great symbol of that." 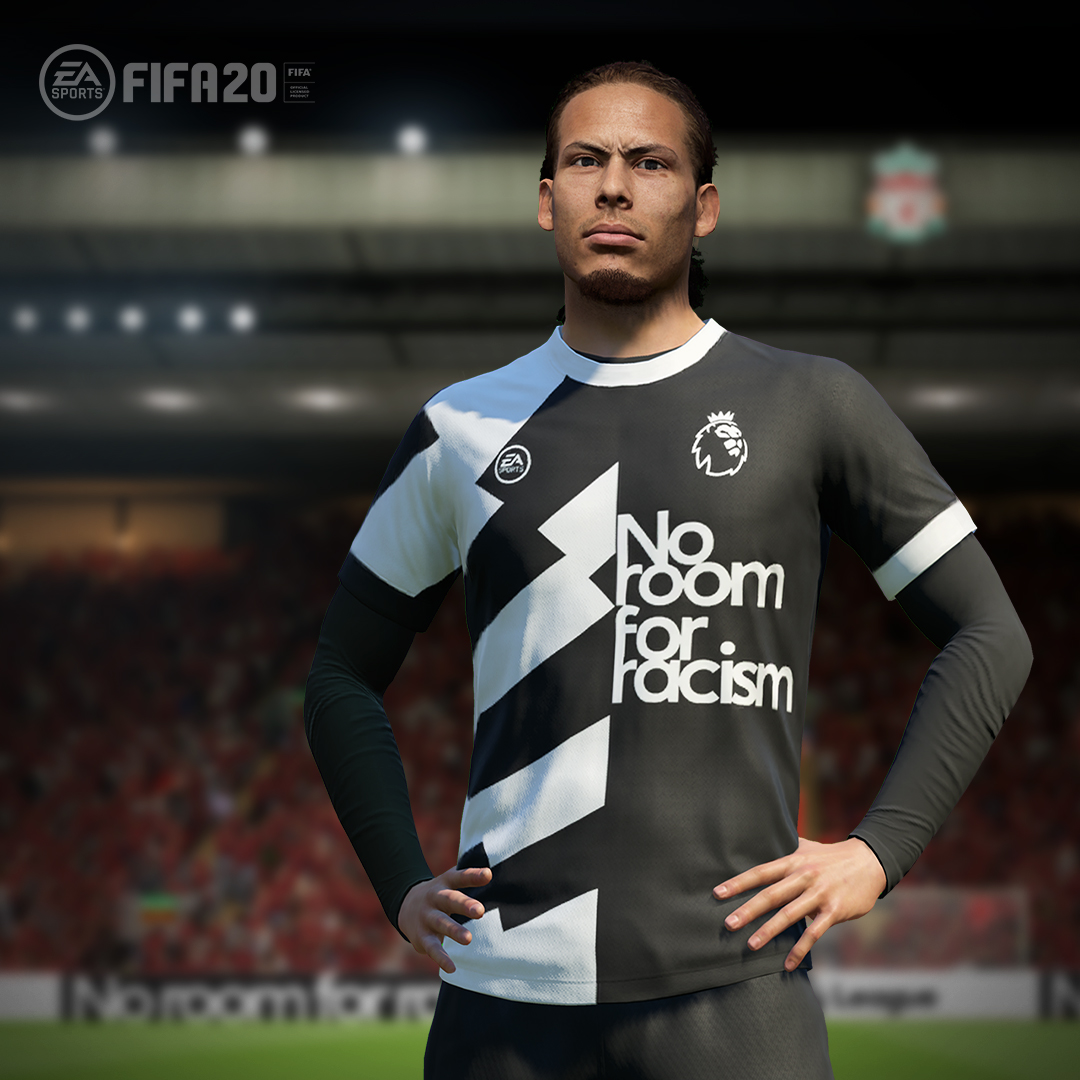