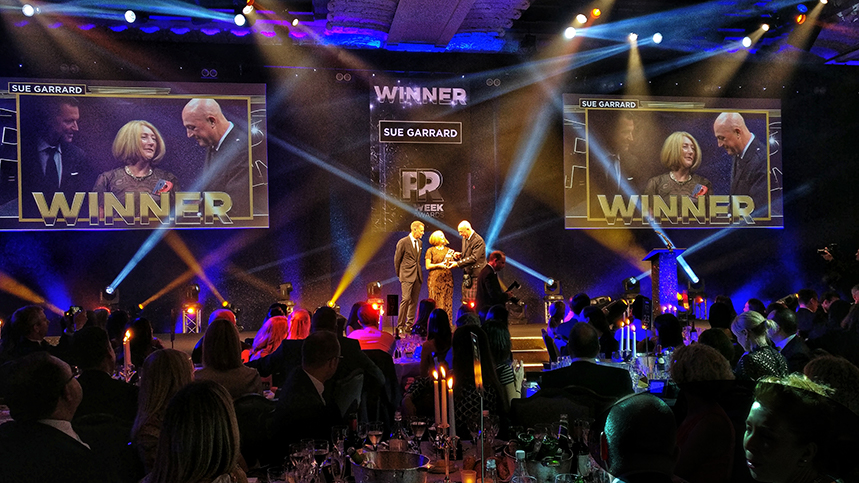 Unilever is a global leader when it comes to operating is a sustainable way and it is widely acknowledged that the driving force behind the CSR creds is new PRWeek hall of famer Sue Garrard. In fact, current boss Alan Jope made that pretty clear.

What is the driving force behind Garrard – who is now one of the preeminent experts on sustainability?

In a moving and poignant acceptance speech, Garrard explains, after she got over the ‘this is a spoof’ feeling when PRWeek UK and MENA editor-in-chief phoned her up about the accolade.

"There are two big influences that got me here, she said. "The first is my grandmother and the second is Unilever.

"My grandmother – all you need to know is she was five foot and I was taller than her, and that’s very important (Sue 1 - Nan 0).

"She spent her life in public service and was seriously bloody-minded (Sue 1 Nan...erm forget it).

"Occasionally, people who knew us both would say, maybe a bit of that rubbed off on you. We are all a product of where we come from."

One change to proceedings this year saw the dance floor move from the upstairs bar area to the main room. This initially required some coaxing from the awards team but thankfully the presence of Trevor Nelson on the decks (and the chance to dust off some dance moves) proved irresistable to many, as this footage demonstrates:

Strike while the iron's hot

Sorry if our HR people spoiled your dinner conversation at the #prweekawards with their AirDrop recruitment campaign. I’ve told them to calm down. #prayerhandsemoji pic.twitter.com/uYjNvU5p41

Flack enjoyed a wine or three with Portland's Steffan Williams at the Awards, and what better person to debate the merits of a snazzy chardonnay against a pungent pinot? Williams recently became CityAM's regular wine columnist, a role previously held by another well-known PR figure, Maitland boss Neil Bennett - his first column looks at what wines go well with watching rugby, interestingly.

Flack doesn't know what it is about PR folk and wine knowledge, but he'll certainly raise a glass to it.

The audacity of hope

The annual PRWeek Awards elicits strong emotions, natch, leaving winners elated in their victories and those who came so close to triumph to despair at what might have been.

Spare a thought then for Hope&Glory, shortlisted in numerous categories but sadly leaving empty handed last night. Hope finally boiled over to frustration (with which Flack sympathises), prompting a brief intemperate outburst: 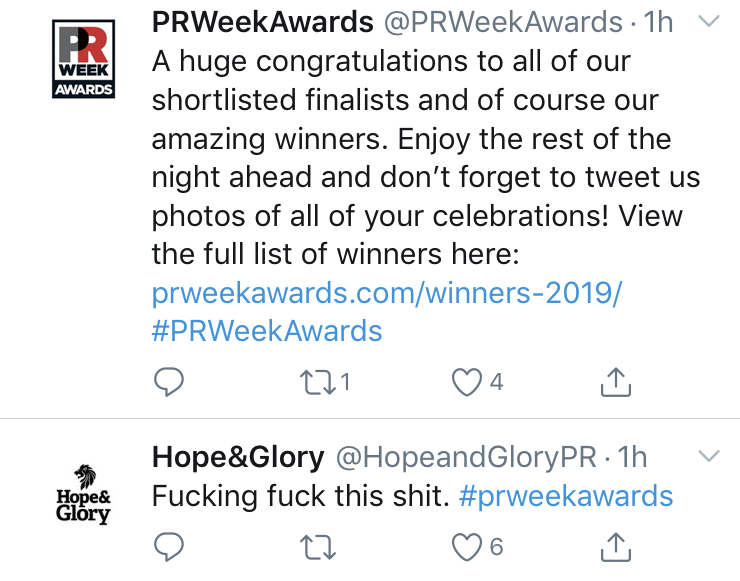 Not much to disagree with here...

The @PRWeekAwards is to PR what weddings and funerals are to families.

There's loads of free booze, you're well-dressed and you're surrounded by people you love - but likely haven't seen - in ages.

Despite this, it's ill-advised to get too drunk. There's grown-ups everywhere.

Hats off to Ready10 for this perfectly timed pre-Awards homage to the Avengers, inspired by a viral video from a Olympic divers earlier this month.

Kudos to one Ready10-er in particular...

Back to Taylor Herring, and Flack has nothing but respect for the effort they went to creating content around the awards, with this 'interview' a particular highlight...

One of our cultural exchange interns left the event before the end of the evening....#PRWeekAwards pic.twitter.com/ensTbItdqx

Finally, one award that isn't officially announced at the ceremony is the Talker Tailor Trouble Maker Award for Best-Dressed Team, which this year went to... oh, you know the rest. 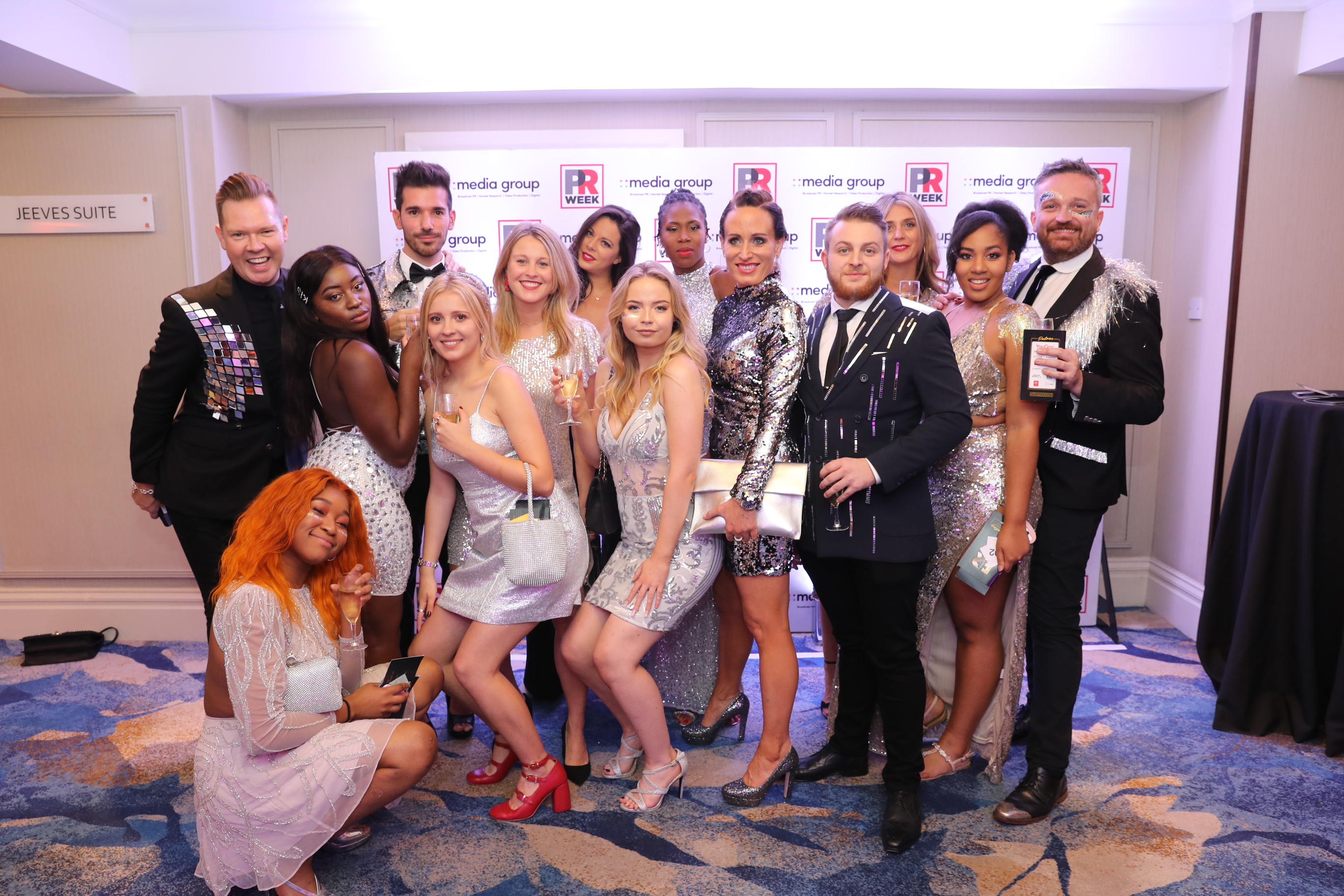