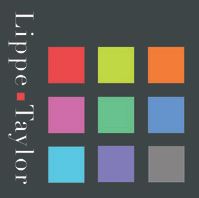 The discussion was intended to distill the key lessons each woman learned from her respective rise to seniority, including advice for future generations of female leaders. Below is a list of key takeaways from the Lippe Taylor-hosted event.

Don’t wait for an invitation, EXPECT IT.

Pfizer’s Sally Susman shared a particularly insightful strategy she used to gain more even footing in her male-dominated field: She learned to play golf. "It’s important to refuse to be excluded. I learned to play golf just so I wouldn’t be left behind." This simple example speaks to a deeper mindset of self-empowered equality as Sally urges women to refuse to be excluded. Whether it’s golf, dinner or any kind of event, it’s important to expect inclusion instead of hoping for it. "Don’t wait for a formal invitation, or for someone to hold the door, but present yourself as ready, willing, able and expecting to be included."

When discussing executive female leadership Kym White mentioned how frequently women are discouraged from taking credit for accomplishments. "A lot of women have been told that 'I' is a dirty word — it’s always ‘we.' Women typically will deflect a compliment by saying it wasn’t me, it was the team." This is a shot in the foot for aspiring female leaders as ownership of accomplishments is essential to promotion; male counterparts typically have little trouble claiming credit. Promoting and acknowledging the team is a critical element of leadership, but so is accepting credit when credit is due. "There’s a role for ‘I' and a role for ‘we' and we need both to be in our vocabulary."

There’s a difference between speaking up and being heard.

Taylor Foxman from Pernod Ricard spoke about how, early in her career, she would go out of her way to speak up in meetings just to ensure she was noticed. Now, Taylor aims to be in as many meetings as possible but focuses on listening first, then being strategic about when she speaks up. "Nine out of 10 times, I don't say anything. I just want to absorb. But when I do say something, I'm listened to and I think something to think about is active listening and being more strategic when you talk." Instead of just jumping in to be heard, Taylor listens intently and takes the time to formulate a thoughtful reply. This practice ensures that people listen when she speaks since her voice is synonymous with well thought out solutions, insights and meaning as opposed to impulsive responses.

For more insights from Taking Her Seat at the Table: Strategies for Reaching the C-Suite as a Woman, watch the 60-minute conversation or listen to the podcast at LippeTaylor.com/takingyourseat.

GE was the training ground for a generation of PR talent