At Iran’s 14-0 drubbing of Cambodia on Thursday, authorities allowed 3,500 seats (less than five per cent of the 78,000 seat Azadi Stadium) to be allocated to women, lifting a ban that prohibits women from watching live sport.

It was the first time Iran has allowed women into Azadi Stadium since the shocking death of fan Sahar Khodayari, the ‘Blue Girl’ fan who set herself on fire last month after being summoned to face charges linked to her attempt to enter the stadium.

At least 40 women have been arrested for attempting to enter football stadiums in the past two years and an Open Stadiums movement has been active protesting for change for the past 15 years.

Her death has led to international pressure, including by FIFA, for Iran to abolish the gender-based restrictions.

Amnesty International’s Middle East and North Africa director Philip Luther said the decision to allow "a token number of women" was a "cynical publicity stunt by the authorities intended to whitewash their image following the global outcry over Sahar Khodayari’s tragic death".

"Anything short of a full reversal of the ban on women accessing all football stadiums is an insult to Sahar Khodayari’s memory and an affront to the rights of all the women of Iran who have been courageously campaigning for the ban to be lifted," Luther said.

"The Iranian authorities should lift all restrictions on women attending football matches, including domestic league games, across the country." 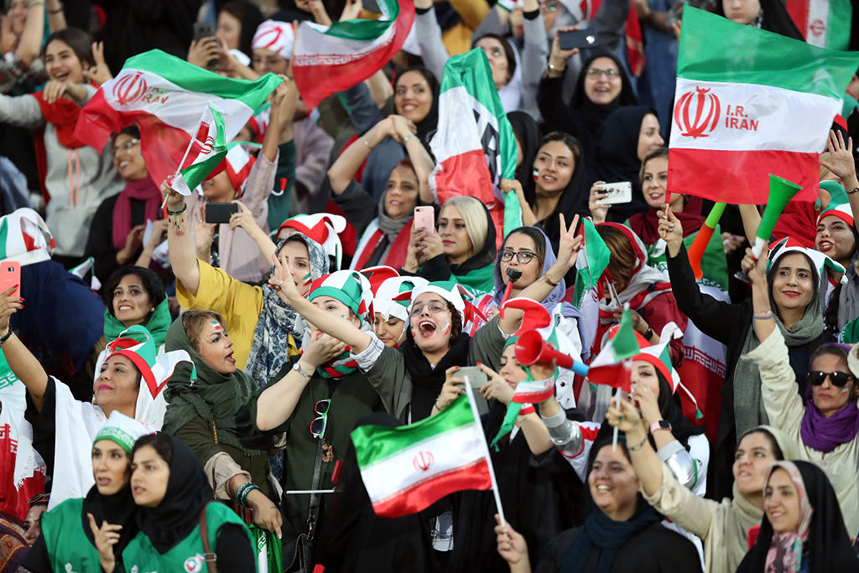 Amnesty International said that women in Iran face "entrenched discrimination", including in relation to divorce, employment, inheritance and political office.

In recent years, dozens of women peacefully protesting against the forced wearing of hijab by taking off their headscarves in public have been violently assaulted and arrested.