Unless you've been locked in a wi-fi-free cupboard since Wednesday, #WAGathaChristie has been the hashtag of the moment after sleuth-like Coleen Rooney claimed she has exposed Rebekah Vardy's Instagram account as the source of leaks about her to the media.

This has been a burden in my life for a few years now and finally I have got to the bottom of it...... pic.twitter.com/0YqJAoXuK1

Vardy has strenously denied being personally behind the leaks - pointing out that "various people" have had access to her Insta for several years.

As you've probably seen, the story has received acres of coverage across the media, with many praising Rooney for her detective work and literary abilities, but what did PRWeek readers think of Coleen's comms prowess? As our snap survey shows, the sector has given her an overwhelming thumbs up:

Was Coleen Rooney's 'outing' of Rebekah Vardy as the alleged source of tabloid stories about her (denied by Vardy) a good move from a comms perspective? Vote below & post your thoughts... #WAGathaChristie

Mischief head of strategy and insight Gemma Moroney sums up the view of many, Flack thinks:

Outputs - lots, Out-takes- positive , Outcome - sentiment change, Impact - everyone going mad for it. Plus clearly took some advice before doing it. So yeah.

Good writer; excellent communications skills; strategic thinking - Coleen has all the attributes for a great career in PR, Flack believes.

I'd rather newsjack than WAG bash

Cometh the news, cometh the newsjacking. Hats off to the below for some first-class piggybacking on #WAGathaChristie.

?? ‘So we beat on, boats against the current, borne back ceaselessly into the past.’

?? ‘After all, tomorrow is another day.’

"When you have eliminated the impossible, whatever remains, however improbable, must be the truth." #sherlock #wagathachristie pic.twitter.com/L1AewAkkKD

To celebrate our Colleen turning True Detective, we’re offering 2 prosecco laden cocktails for the price of 1.
And if you’re worried about us footing the bill for such generosity, don’t:

One of Boris Johnson’s top advisers, Nikki da Costa, is taking a short break, but it isn’t quite the "blow" that was being reported in the Sun.

Da Costa is on maternity leave and has promised to still work where possible.

Still not quite right but I did promise the boss I wouldn’t give birth in No10! Still working though with a great team in place. https://t.co/kr9P3Ffkem

Flack wishes da Costa and her newborn the very best. 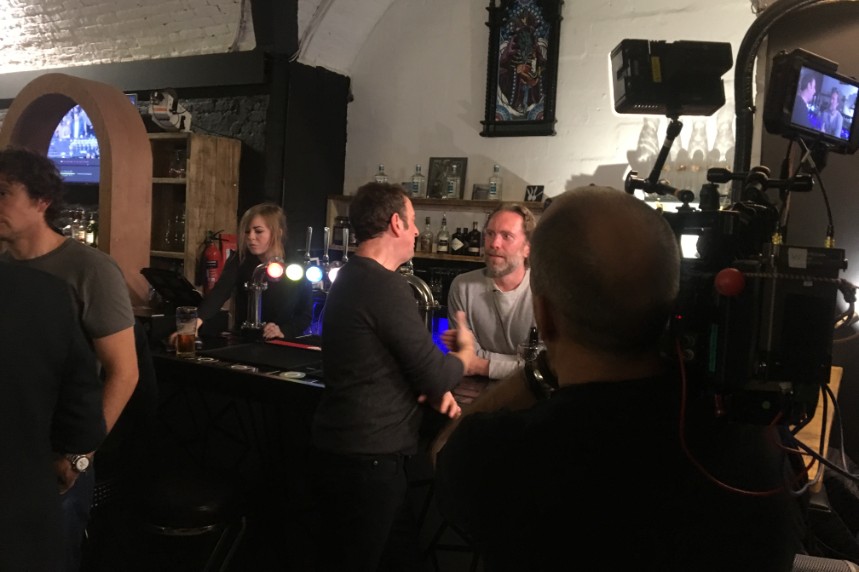 It's usually the people with the sharpest elbows that get served in Britain's pubs and clubs, but Flack was invited to a demonstration at The Underdog pub near London bridge that promised to change all that. We attended the world's first bar that uses artificial intelligence to serve customers in the order they get to the bar, and even question whether they are over 25.

Flack was flattered to be asked for ID, of course, but what if the technology becomes self-aware and stops refusing to serve people it doesn't like the look of? Flack was assured that couldn't happen as the bar staff still get the final say. The technology could even recognise twins sneakily placed in the bar queue and the packed event seemed to have as many TV crews as it did guests, including The One Show.

They practically begged Flack to be in one of the segments they filmed, but its hard enough keeping a low profile as it is.

Not the last ever Lansons party

The agency's 30th annual bash was spread out across two floors at Smiths in Smithfield. Despite luminaries from the world of media, business and finance, Flack spent most of the time admiring the view on the balcony next to a bronze statue statue of a greyhound.

Lanson's boss Tony Langham promised it wasn't going to actually be the last party ever as the agency looks to host smaller, more niche events.

Flack realised that miniature burgers go perfect with red wine and spent a lot of time talking about blockchain technology and cryptocurrencies. One guest even invited Flack on a press trip to the Isle of Man which hopes to create an enterprise zone in this space.

Flack's advice? Don't put all your savings into Bitcoin, not just yet anyway.