You’d be forgiven for assuming that Michael Roth’s first trip to Singapore for the Spikes Asia Festival of Creativity was something of a victory lap for the Interpublic Group chief executive and chairman. Roth, who became involved with IPG in 2002 before taking over the company three years later, joined the business at a time when the holding company was going through probably its darkest period. In fact, for years, it looked like IPG was on the brink of a sale.

But things look very different today. IPG globally and in Asia is outperforming many of its peers in areas such as creativity, technology and data. We asked Roth what keeps him up at night, the issue of keeping talent within advertising and the question on succession that’s on everyone’s mind.

Which market in Asia are you most concerned about? What keeps you up at night?

I’m concerned about China and it’s not just because of the tariffs issue. This whole move to nationalism and protectionism is a worry. But it’s such an important market that we have to be there and we have to service our clients. That said, I am concerned about resolving some of these trade issues because it’s a bad overhang.

Do you see Asia becoming a global ideas hub for IPG agencies?

We approach our creative work in a unique way because of the diversity and inclusivity within the group. We have advertising creative pools, which enable all of our networks to bring in resources from the various regions. I would say that a lot of the creative firepower that we have globally comes from APAC, particularly if you look at our talent such as Prasoon Joshi [CEO and chief creative officer of McCann Worldgroup India and chairman of McCann Asia-Pacific] and the capabilities we have.

You’ve been an outspoken critic on certain controversial topics, like gun control in the U.S., which may offend some of your people or clients. Why?

If I was an employee in this company, I would want the company that I am affiliated with to take a stand. The best advice that I have always given my kids and everybody else is that if you’re not associated with an organization that shares your values and operates in a mode that’s not consistent with that, you should go find a job elsewhere. Easier said than done, I understand. But you should associate yourself with people who have the same values. So, for me to take stands on these issues is an indication to all of our people that these are the values that we live by. It’s one of the most fulfilling aspects of my job, when I take positions like that and the response I get from our clients and our people. I sent out a note after Charlottesville, and that one in particular, even though it wasn’t a global event, the responses I got from all over the world was just incredible. 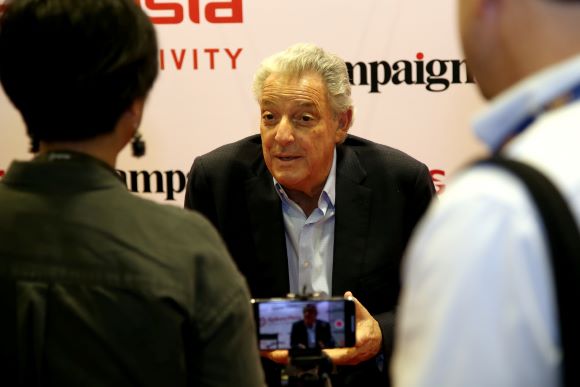 This is a tough business. What do you say to young talent who are working long hours and not financially rewarded? Is this still an attractive industry to build a career?

It’s a tough business, but every job is a tough job. To be associated with some of the great creative minds that we have and the clients that we have and the work that we do is exciting. Although at the younger levels, we don’t pay that well, as you move up in the positions within IPG our financial rewards are great. Frankly, probably too high, but it’s a service business and you need to keep talent. It’s a very rewarding industry, but it does have the highest highs and worst lows I’ve ever experienced, and I’ve been in many different businesses.

The timing of your succession announcement is the big question, given Philippe Krakowsky’s recent appointment as COO of IPG. When the time comes, what are the leadership qualities necessary to run IPG?

I don’t think there is any question that Philippe is part of the succession plan. The board and I wouldn’t have put him in the position he’s in otherwise, and deservedly so. That doesn’t answer the question as to when that succession takes place, but I think it’s a pretty good indication that he’s in a good position with respect to that issue.

In leading IPG, it’s important to know the business, which I know is kind of ironic because I didn’t know anything about the business when I came into it. The most important aspect for a leader of a global company like IPG is to understand people and certainly Philippe has a tremendous relationship with all of our people and, frankly, he’s been very helpful to me along the way.

The world right now is data and analytics and obviously that’s an important part of the background for the future. We will have a few more appointments coming up, and we do have a succession plan at the board and I love the fact that it’s all being done internally. There is no need for us to go outside for any of the positions that are or will be open. That’s part of my primary responsibility to make sure that the depth of our talent is there.