Gibb is the sort of hire many public affairs agencies dream of – or wish they could afford; a highly experienced journalist and editor who ran the BBC’s political output for nearly a decade before turning his hand to one of the hardest jobs in political comms as the prime minister's spokesman.

So how does he think his previous experience will help him in his new guise, advising the global, corporate and financial companies Kekst CNC counts among its clients?

Gibb says that, despite the "rapacious" social-media age in which we live, good comms professionals still need the traditional craft of storytelling and the ability to create a clear narrative – whether for a politician or a company – in order to build trust.

"Journalism gives you the ability to get the story back on track quickly in the event of a mis-step," he says. "It creates a sort of in-built 'risk register', helping make an assessment of what potentially difficult issues will be swept away by the churn of a news cycle and what problems have the potential to grow, and possibly engulf a reputation, if not carefully managed."

The challenge for communicators

For Gibb, achieving cut-through for a client’s coverage in an already crowded news environment has only been made worse by social media.

"Audiences today consume news in a way that is simultaneously sophisticated and, at the same time, almost naïve," he says. "People are all too willing to believe negative stories and will 'click and share' before any critical analysis kicks in. The speed that a story can spread can far outstrip your ability to rebut."

Nonetheless, the job of comms consultancies like Kekst CNC is to expose their clients to a range of views on the biggest issues of the day, including the dreaded B-word.

Gibb says: "A CEO might not like Brexit… but they still have to understand it, and in particular, understand what drove people to vote for it. Without that awareness and understanding, their corporate comms or their public affairs strategy is unlikely to be a success." 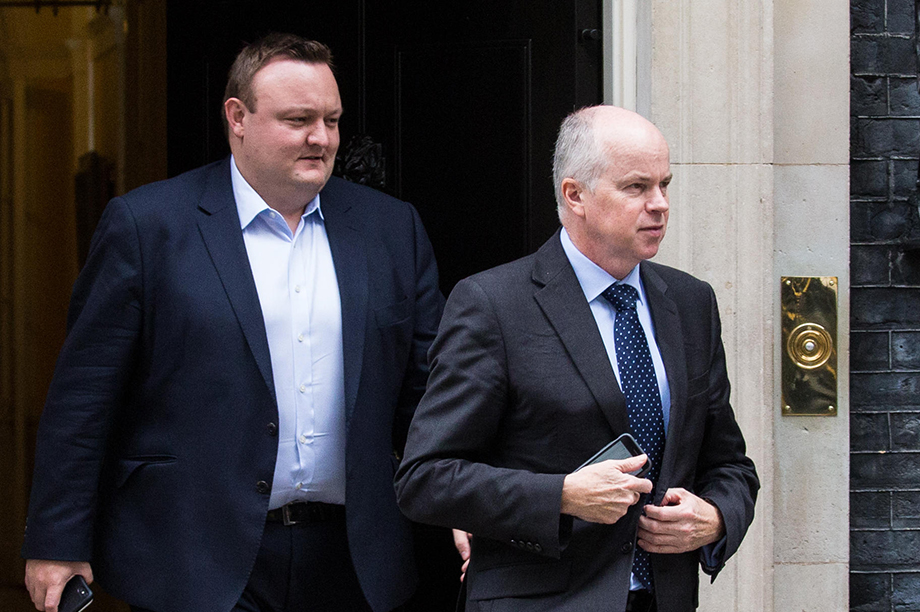 Gibb is at pains to point out that, despite his prominent position in the corridors of power, he was a member of a team that worked together through good times and bad.

Looking back, he is proud of the team he created at Number 10 following the 2017 general election, after Katie Perrior resigned her position to move back into the consultancy she co-founded.

Gibb says: "Working together we crafted a narrative that would support the wider political strategy, and that was quite a challenge. Getting the message, or even the tone, wrong in our communications could have serious knock-on consequences in Parliament and with the negotiations with the EU over Brexit… it was challenging and sensitive work, but I think we mostly got the balance right."

But despite the Brexit 'noise', a cacophony which continues to drown out all other political discourse, Gibb says he and his team helped the May administration talk about its environmental agenda on microbeads, straws and plastic bags.

Advice to the current prime minister 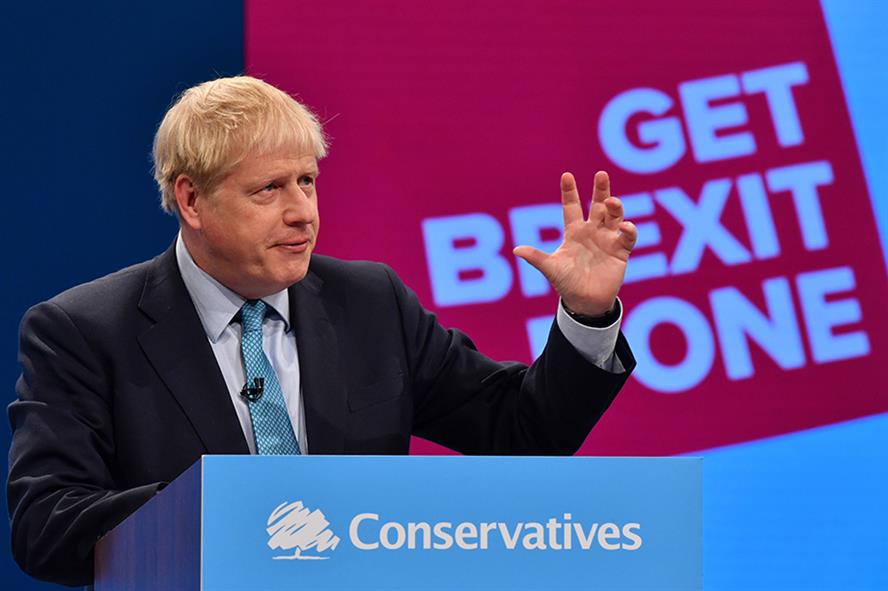 After the briefest of summer honeymoons, Johnson’s premiership has become locked in a power struggle with parliamentarians and other powerful figures, including Gina Miller and Sir John Major, who either favour remaining in the EU or who vehemently oppose a 'no deal' exit.

And with Parliament believing it has boxed the Prime Minister in to prevent 'no deal' and Johnson saying Brexit must happen by the end of the month, a showdown is now inevitable.

May's former spokesman says there are only four possible outcomes to this battle: leaving with a deal – although this seems increasingly unlikely; leaving without a deal; an extension of the deadline; or not leaving at all.

Looking back at May's inability to deliver Brexit, Gibb thinks the compromises she sought were doomed because MPs were unwilling to act in the national interest.

"To anyone critical of the current strategy, I would say: what is the alternative? Boris and his team had a clear strategy – to narrow [the four] options down to two: leaving on October 31 with [or] without a deal… the communications strategy has been a success. Whether you agree with the political strategy or not, no one in Britain can be in any doubt about the Prime Minister's determination to get Brexit done."

Despite his personal support for Brexit, Gibb accepts the possibility that the UK will not leave the EU at all. He thinks the country is suffering from a national version of Groundhog Day in which the public has become trapped in a perpetual referendum campaign on EU membership.

But what comms strategy should be employed to heal the divisions of the country after more than three bruising years of discord?

For Gibb, it is simple: "As soon as we leave, that referendum campaign falls away and the country can begin to move forward and consider its future in a post-Brexit world."

Gibb notes that Johnson's comms team is already trying to set a post-Brexit vision for the country to unite behind and says the government's 'Get ready for Brexit' campaign has led to a 'step-change' in the preparedness of business.

"[Johnson's] language is positive and optimistic as he promises a return to the 'people's priorities' around the NHS, schools and policing," he adds. 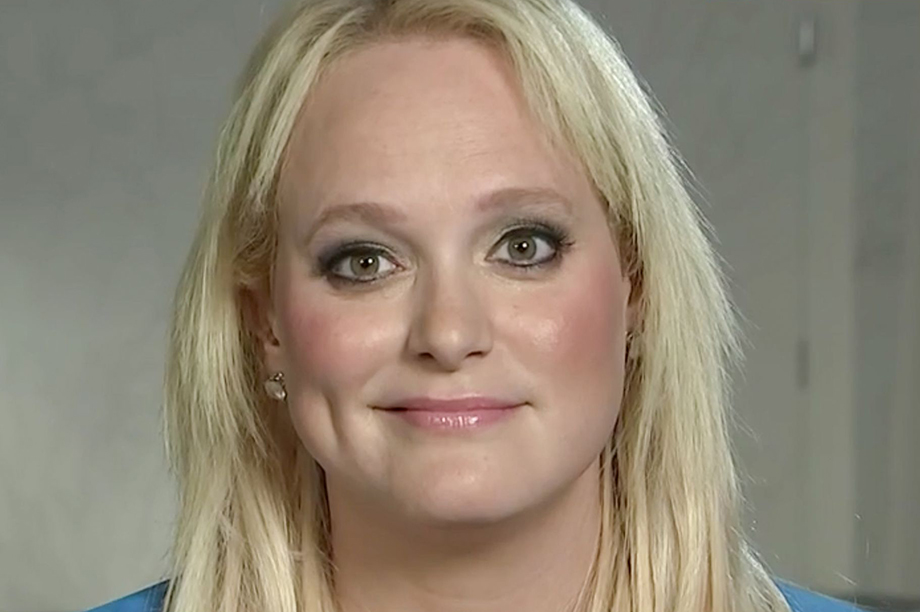 When Johnson took the stage to give his speech closing the Conservative Party Conference last week, he had been dogged by days of negative headlines.

Allegations that he had inappropriately touched a journalist at a private lunch while he was the editor of The Spectator followed questions, still ongoing, about alleged impropriety with businesswoman Jennifer Arcuri (pictured above) while he was Mayor of London.

Gibb says the Prime Minister's comms team is giving him the right advice on handling these issues, which is not to allow himself to be distracted during interviews.

"[Johnson] keeps coming back to delivering those key messages around Brexit and the wider domestic agenda," he says. "He is getting the right comms advice from his team and if I were advising him I would tell him to keep bringing it back to those key messages." 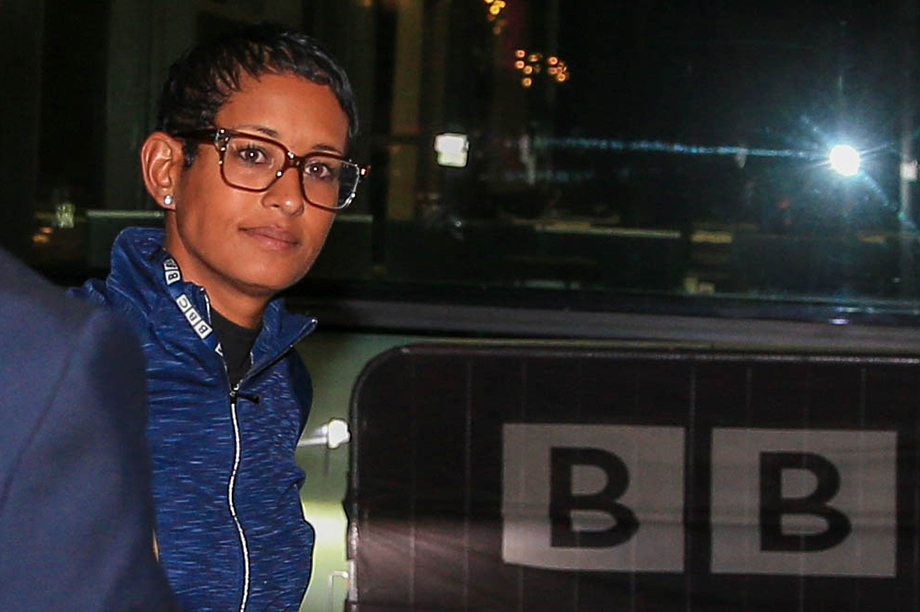 Journalist Naga Munchetty (pictured above) narrowly escaped censure over on-air comments she made while co-presenting BBC Breakfast, which appeared to attribute racist motives to US President Trump when he called on four Democrat congresswomen of colour – three of them born in the US – to "go back" to the countries they "originally came from".

The corporation partially upheld a complaint against Munchetty, but this was swiftly reversed by the BBC's director-general, Lord Hall, after a public outcry.

As someone who has led the BBC's political coverage, Gibb is only too aware of the invidious position in which the corporation finds itself.

The BBC's USP – and part of the justification for charging the licence fee – is its commitment to editorial impartiality, says Gibb, and in his view it should not be possible to know what one of its journalists thinks about an issue.

"The problem for the BBC here was they took a stand on a subject that is incredibly sensitive while having overlooked 'worse' infractions of impartiality in the past… From a communications standpoint, I do think it was right for the director-general, Tony Hall, to reverse the decision; the BBC does not want its commitment to impartiality to be defined by this issue."

If he were advising the corporation on its reputation, Gibb says he would tell it to raise awareness of why impartiality is so important, in an age of fake news and polarised media coverage.

He adds: "I have known Naga for years and have always considered her to be incredibly talented and an impeccably impartial journalist."

But, back to the issue du jour, the one that drowns out everything else until it’s all over: does Gibb think the UK will leave the EU and, if so, when?

"Yes! On October 31. I am a committed Brexiteer, what else would I say?"