Small hack vs All Black

Having once been a hack, Flack knows full well that rule number one when attending a press conference is 'make sure your phone is on silent', especially when it's being used as a recording device.

Unfortunately, one reporter at the Rugby World Cup in Japan this week forgot and, even more unfortunately, it started ringing while 20-stone All Blacks prop Angus Ta'avao was answering a question. Luckily, the big Kiwi played nicely and no further damage was done:

Bit of humour at the @AllBlacks press conference today as Angus Ta'avao took a phone call on behalf of someone who didn't switch to flight mode. #RWC2019 pic.twitter.com/W7iXyHQF4h

Gibb us a clue

PRWeek readers could be forgiven for thinking they were seeing double in recent days.

First our US team reported that Robert Gibbs is exiting his role as EVP and global chief communications officer at McDonald’s.

Just to clear up any confusion, one of them worked for a well-known clown, and the other... (stop please - Ed).

Congratulations Alex Deane (@ajcdeane) for making me and @ayeshahazarika absolutely sick.
I've heard a lot of "excuses" for sexual harassment in my day but this... pic.twitter.com/WojP31s9tp

Alex Deane, senior managing director at FTI Consulting, is not afraid to express an unpopular view (not enough space in these pages – sorry). However, his foray into sexual politics on Monday was akin to watching the right-wing commentator take a running jump off Beachy Head: "Don't do it Alex, you have everything to live for!".

During a two-way interview with Labour commentator Ayesha Hazarika, hosted by Sky’s Kay Burley, Deane attempted to defend the Prime Minister from allegations that he groped a journalist at a lunch during his tenure as editor of The Spectator.

Deane accused his opponent of dispensing with the presumption of innocence and of participating in trial-by-media: so far, so fair.

However, the wheels truly came off when Deane channelled the late Tory MP and serial shagger Alan Clark, who famously had affairs (that we know of) with a South African barrister, as well as her two daughters.

Quoting Clark, Deane advanced the notion: "How do I know my advances are unwanted until I’ve made them?"

The sound of people across the UK burying their heads in their hands was nearly audible.

In addition to the inevitable expressions of outrage and a dishonourable mention in Marina Hyde’s Guardian column this week ("Listen up, girls: you are getting a full house in crap sex bingo if Alex goes straight for your inner thigh") there was also anger from industry figures for plunging the industry into disrepute:

Oh, Alex. This is interview is horrendous on so many levels.

"How do I know my advances are unwanted till I have made them?"

Grabbing someone on their thigh under a table without permission isn't an advance. It's assault. If it's an advance, use your words not your hands. https://t.co/cJb2hUNreY

A chastened Deane took to Twitter the next day to express his regret:

I got it wrong on Sky yesterday quoting Alan Clark - it undermined the point I was making and moreover I shouldn’t have repeated it as it doesn’t reflect my views, as anyone who knows me will know.

However, just to be on the safe side, perhaps female employees at FTI should drop Deane a quick email to make their wishes known – in advance…

Flying in a favour

It’s been a difficult period for the UK travel industry after Thomas Cook collapsed, but one couple had potential disaster averted thanks to some quick thinking – and opportunist PR – by world-famous hotel Caesars Palace.

Sharon Cook and Andrew Aitchison, from Liverpool, spent a year planning their wedding at the iconic Las Vegas establishment, only for Thomas Cook to go bankrupt the week before they were due to exchange vows.

Flack noticed several companies looking to capitalise on the despair of travellers who had their flights and holiday plans dashed, so was quite heartened to hear Sharon and Andrew’s wedding was saved, courtesy of a complimentary flight from Delta airlines.

According to the Metro, Ceasars asked Delta for a favour and they flew the couple and 14 friends and family from Heathrow on Sunday. 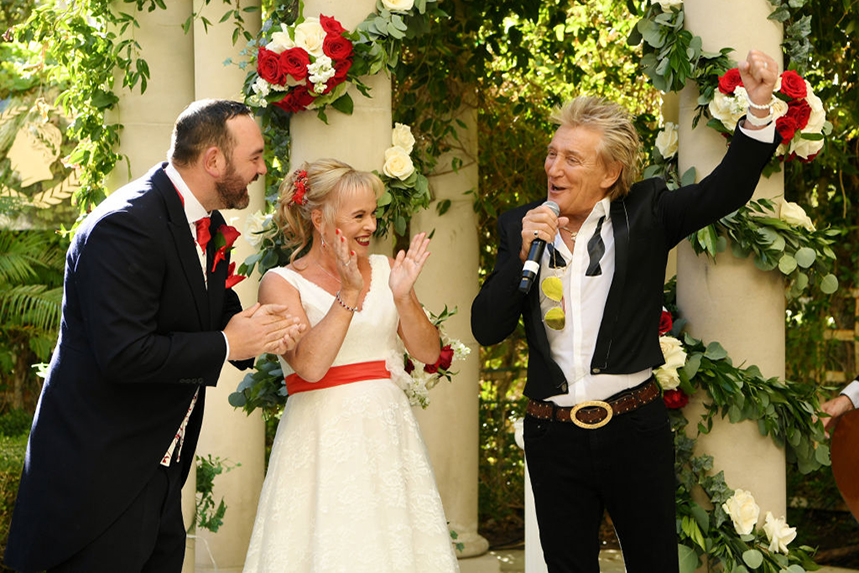 The icing on the wedding cake, however, is that Ceasars also arranged Sir Rod Stewart to give a surprise performance for the lovebirds.

Flack reckons the couple will want to talk about it for quite some time. Kudos to Caesars, Delta and the great man himself for turing a potential catastrophe into a wonderful PR moment.

Back to the Tory Party Conference and, despite every man and his dog have already seen it, Flack couldn't resist one more showing of Boris and his aides channeling The Thick of It...