The campaign, intended to make older people safer, was motivated by figures indicating that most people who die in accidental house fires are over 60.

The main challenge, however, was that the older people the fire service wanted to help were also hard to reach.

SYFR got round the problem by directing messaging at the friends, families and neighbours of the target group – especially those aged 30-50.

Jack Grasby, campaigns manager at SYFR, explained: "We try to link all our campaigns back to our core organisational vision – which is to make people in South Yorkshire safer.

"This one was specifically focused on older people and was based on statistics that said as people get older, their fire risk tends to increase.

"We made our messaging quite strong and hooked into a wider conversation about loneliness to try and get people to sit up and take notice. More importantly, we wanted them to take some sort of action to make their loved ones safer." 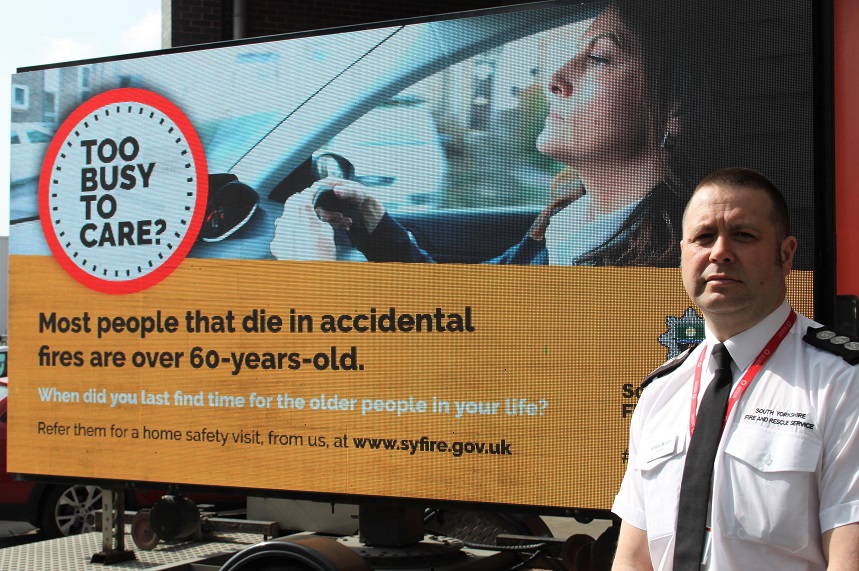 The key message of the campaign – "Find the time" – was delivered through channels including news outlets, such as the Sheffield Star newspaper and BBC Radio Sheffield; local authority and charity partners; and events.

A thought-provoking two-minute film focused on encouraging people to find the time for older family members and neighbours was widely shared across social media, including Twitter and Facebook, as well as on YouTube.

The campaign encouraged people to run through a bespoke checklist with older people to identify any risk issues, help them out by testing their smoke alarms, and book them a free home safety check.

The success of the campaign – which ran from Mother’s Day, on 31 March, to the end of July 2019 – exceeded targets, according to Grasby.

The number of referrals for home safety checks from partners such as the local authority and charities, including Age UK and B:Friend, rose by 43 per cent on the previous year, while referrals from the public increased by 14 per cent.

In total, during the campaign period, SYFR staff completed 5,560 home safety visits – an increase of 41 per cent from the previous year, when 3,941 were carried out.

Most importantly, there were no fire fatalities during the campaign period, which was another target for the service; in addition, there was a 20 per cent reduction in accidental house fire injuries.

"Our goal was a reduction in the amount of people getting injured in fires," said Grasby.

"To do that we wanted to increase the number of home safety check bookings we had, compared to the previous year, by at least 10 per cent.