FedEx is so synonymous with shipping its name has become a verb. Instead of "I’m going to ship a package," people say they’ll "FedEx it."

There’s an element of risk in such recognition. When brands have that much consumer trust and mess up, customers become viscerally shocked and upset.

Add to that risk FedEx’s reach and size — it employs 450,000-plus people in 220 countries and reels in approximately $70 billion annually in revenue — and you have a sizable corporate target.

That was evidenced recently when FedEx got caught up in the Trump administration’s battle with Chinese electronics company Huawei. The incident played out as a mash-up of crushed consumer expectations and international trade dispute when a journalist tweeted about how his used Huawei phone was never delivered.

And when you’re dominant in an industry, there’s always talk of disruption. In FedEx’s case, its proficiency at package delivery has fueled talk it could face serious competition from one of its biggest customers: online retailer Amazon.

EVP Brie Carere, FedEx’s chief marketing and communications officer, is the person charged with guiding the conversation surrounding FedEx, including managing expectations around its capabilities and its reputation as a major American-based international corporation.

When she assumed her current position in January, she brought a long history of institutional knowledge gained in her 18 years with FedEx. With the exception of a short early career stint at Penske Truck Leasing in Canada, Carere has spent her entire professional life at the courier services company. 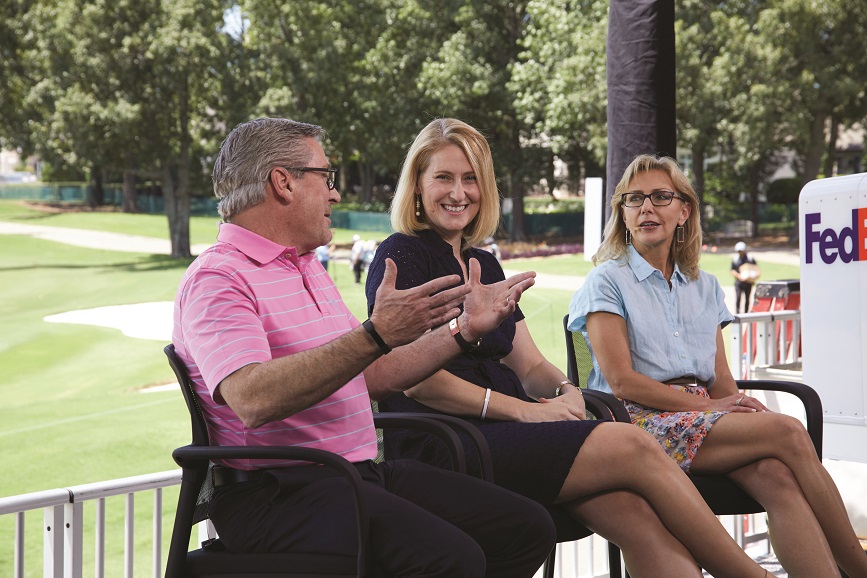 Carere does not have a comms or earned media background and has spent most of her time at FedEx in marketing, starting in Canada in 2001 as a marketing specialist, with stints as global marketing manager in Memphis, director of marketing and then a wide-ranging marcomms, digital, customer service and clearance role at FedEx Canada.

"I grew up in product development and pricing. It was more the traditional Ps of marketing," she said. "But you have to understand your stakeholders, their motivation and have great empathy. That’s what makes a great communicator as well as a great marketer."

Buoyed by the rising tide of e-commerce, FedEx is also morphing from being a solely business-focused logistics company to a more consumer-directed organization.

"We’re no longer just talking to small and big businesses; we’re also talking to consumers," says Carere. "We have to simplify our messaging, talk about the end touch to the consumer and make sure we’re not using product or services jargon that only a logistician would understand."

Part of that transition is ensuring the comms voice FedEx adopts with stakeholders matches the company’s character.

"We’re trying to make sure our tone aligns with the culture and personality of the organization," she says. "I’m a very

matter-of-fact communicator, very straightforward and I ask our comms team to be the same. I try to be concise and use humor, where appropriate."

But Carere understands the trust consumers place in her company. So while humor has a role in FedEx’s communications, the company has a strict no-jokes-allowed policy when it comes to delivery issues.

"When you deliver 15 million packages a day there are going to be challenges and exceptions," she says. "We’ve never used humor when there’s an issue with a package. Every delivery is important to us. And we are spending a lot of time with our team members to understand the importance of tone and context and when humor is not appropriate."

Another comms challenge arises in part from FedEx’s efficiency. The company makes shipping look so easy, says Carere, people assume anyone with large enough pockets can do it.

"One of our challenges is threading the needle," she says. "We do what we do so well every day and it is so reliable that the market sometimes takes it for granted. And that creates poor reporting, frankly, on the idea that others could potentially do some of what we do."

Carere is speaking, of course, about media speculation that online retailer Amazon could pose a competitive threat to FedEx.

As Amazon grew as an e-commerce giant, it relied on FedEx (until FedEx Express dropped the Amazon account in June), the U.S. Postal Service and other delivery companies for shipping. But over the past few years it’s been developing in-house capabilities.

One recent move was offering its U.S. workers a $10,000 incentive to start their own parcel delivery businesses. And, over the past few years, Amazon has invested heavily on shipping, opening sorting centers and delivery stations, leasing jets, exploring self-driving trucks and drones, and hiring mathematicians as full-time logistics experts.

FedEx’s CEO Fred Smith has been quoted saying the Amazon-as-a-threat concept is "fantastical." And FedEx has also been busy rolling out innovations, announcing seven-day delivery in May and unveiling, in February, an autonomous delivery robot named Roxo.

"Most days I don’t need people to understand all of [what FedEx does], but some days I do," Carere says about the Amazon speculation. "When someone feels someone else might be able to do even a small fraction of what we do, as reliable as we do, that’s a challenge for our communicators. They have to go back and say, ‘Here’s what we do every day.’"

If from FedEx’s perspective Amazon isn’t a threat, the Trump administration’s trade dispute with China certainly is.

FedEx told analysts 2% of its revenue, or $1.3 billion, comes from Chinese business. It’s so significant the company filed a lawsuit against the U.S. Department of Commerce over its blacklist of certain Chinese companies.

Business Insider reported FedEx claims the department’s rules would force it to inspect the content of all packages it ships daily, a task it calls "virtually impossible." 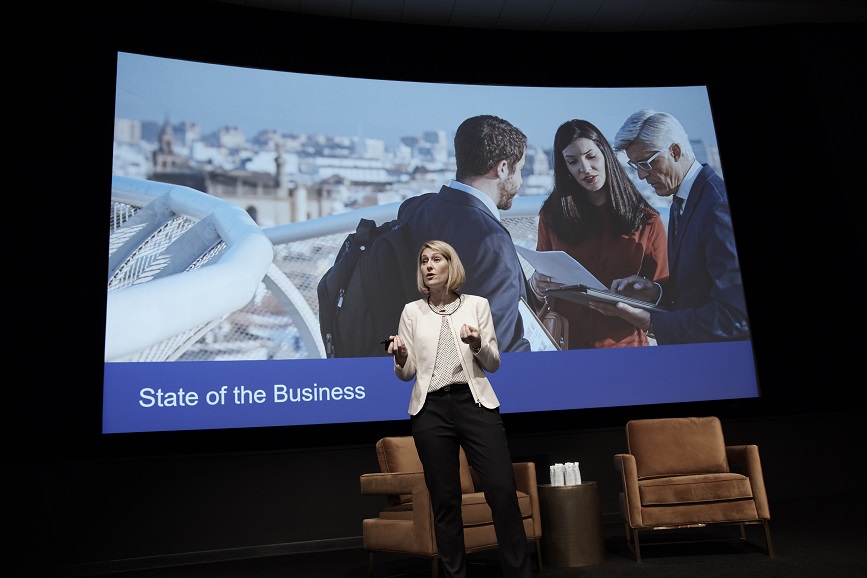 But despite the lawsuit, FedEx still found itself on China’s naughty list. The recent Huawei incident prompted a Chinese government investigation, as well as a Twitter attack from the electronics giant accusing FedEx of conducting a vendetta.

"We are a global business and when you’re at the center of a political discussion it creates a tall challenge for our communications," Carere says.

Carere and her comms staffers again found themselves having to thread a needle. "We need to be very thoughtful about what we say and how that will be reflected in the United States and China," she says. "If you’re a Chinese consumer, your view of the trade conversation is very different than if you’re sitting in Memphis, Tennessee."

When it comes to the Huawei incident, Carere says FedEx told both sets of authorities it has taken pains to follow their laws. But as she points out, FedEx is a global shipping company that can’t survive if there’s no international trade.

"It’s a complex issue from a communications perspective," she adds. "But this is just one of many issues we face as a global company. We are very pro trade and we believe in globalization. We believe trade is the backbone of our purpose, which is connecting people and possibilities. If people trade, communities flourish."

Brie Carere reports directly to FedEx’s president and COO Rajesh Subramaniam. She is responsible for all of FedEx’s global marketing and communications, including advertising, brand and reputation, product and business development, innovation, e-commerce, retail marketing and digital access.

Local teams handle crisis and internal comms, but global marketing and comms are aligned under Fitzgerald. Broadly speaking, he is responsible for maintaining FedEx’s reputation as a respected and valued brand: Carere says she relies on Fitzgerald for overall comms precision and expertise.

When talking about comms people, Carere says staff around the globe are generalists and report up to their regional SVPs.

"We’re trying to have that right blend of local market business expertise as well as functional expertise," she explains.

However, those employees also have a dotted line of responsibility to Fitzgerald if more general comms issues arise.

When it comes to the company’s various business units such as FedEx Freight or FedEx Ground, Carere has crisis and employee comms people embedded in each division.

"Corporate purpose and how we generally connect with consumers is centralized across the companies," she says. "Customers and stakeholders want to understand the value we bring to them, not the nuances of how we deliver that value."