Hundreds of thousands of climate activists joined global climate strike marches across the UK on Friday (September 20), including several prominent agency leaders in the London protest.

This followed an open letter by agency bosses to support climate action. Among those who walked down Millbank in London were staff from Taylor Herring, Manifest, Blurred, The Academy and others.

The march began a week of global climate action inspired by school kids and Swedish activist Greta Thunberg, who delivered an impassioned plea to the UN that young people will never forgive world leaders for inaction.

"People are dying; entire ecosystems are collapsing," she said. "We are in the beginning of a mass extinction and all you can talk about is money and fairytales of eternal economic growth. How dare you."

It was a strong show of support for what many outside of the Brexit bubble believe is the most important issue, but industry leaders warn that much more needs to be done than waving cleverly worded placards and posting angry tweets to make a meaningful change. 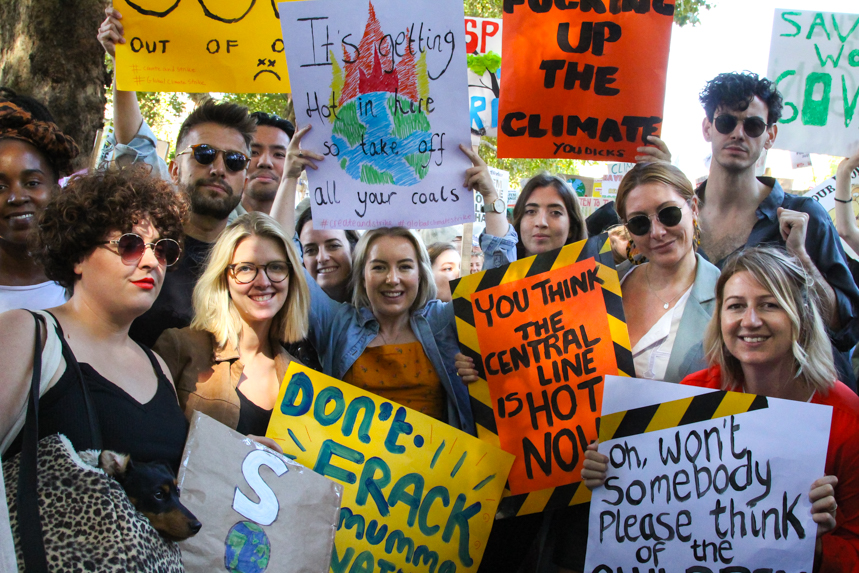 Manifest Group founder and CEO Alex Myers told PRWeek he hopes the day of action is a "starting pistol" for concrete action from the industry.

"As the custodians of brand reputations, we have a collective opportunity to turn sustainable business into a commercial imperative," Myers said.

"From insisting on better standards from our clients to communicating these to an increasingly conscious consumer, we can not only support the changes we all need to see happen, but become a catalyst for them."

Manifest are co-founders of Offset.Earth, an app that provides a simple way for businesses to offset their carbon impact by supporting re-forestation projects across the globe.

"Our mission is for Manifest to be responsible for a forest big enough to be visible from the International Space Station."

Myers is a fan of Blurred’s pledge to only work with clients who commit to the UN’s Sustainability Development goals.

Blurred co-founder Nik Govier admits her agency is "sticking our necks out", but that it’s the right thing to do.

"We’re a purpose-led business and we’re simply practicing what we preach. If we’re going to create change it’s not about just jumping on bandwagons, but actually helping with the solution," she told PRWeek.

Govier believes there is a momentum shift on climate action, with big corporates increasingly realising that it’s not about box-ticking.

"I’m not overstating it when I say the future of the planet is at stake. That’s why we launched what we launched," she said. "We want to use our time, energy and talent to help the kinds of businesses that are doing things, or want to but don’t know how."

Blurred, which has a business model of bringing in expert consultants where required, has several "sustainability world experts" on their consulting list.

Govier explains: "It’s the future of comms because it is all of our futures at stake." 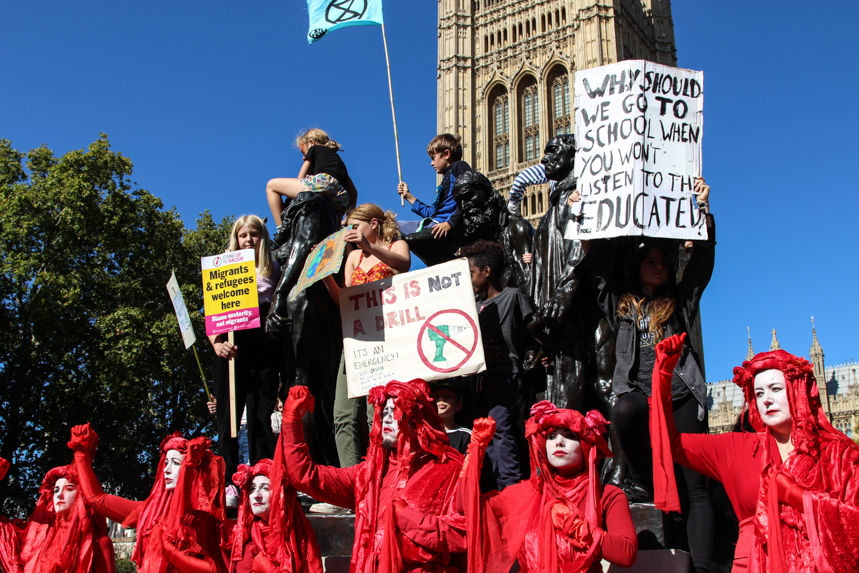 ‘Get over your guilt’

The catalyst of PR’s climate strike pledge, James Herring, said the greatest comms challenge for the industry and, importantly, clients is getting over the guilt that their businesses can never do enough.

"Everybody feels consumed by guilt and that they’re a bit of a hypocrite when it comes to climate change," he said.

"People want to travel the world, and get on planes to do that...they’re using an Uber rather than a tube. But ultimately people need to put that to one side because doing nothing is far, far worse.

Herring believes PR agencies need to put it on the agenda of clients because he’s "not entirely convinced consumers are as woke as the marketing press would have us believe".

"As climates degrade and the natural world suffers, without any doubt [consumers] are going to look at the corporate giants that played their hand in the demise of the planet," he said. "If they aren’t rejecting them now, then that is on the cards."

Herring believes agencies need to have "an honest conversation" with clients about sustainability to ensure "we’re on the right side of history".

"Having said all of that, government has the biggest role to play here. Money talks when it comes to big business. If the Government can properly incentivise them to reduce their energy and waste with decent tax breaks, then stuff would change immediately overnight.

"That’s what’s depressing about this issue, We’ve been squabbling about politics in Europe when this is a much bigger and globally relevant issue that is just sidelined." 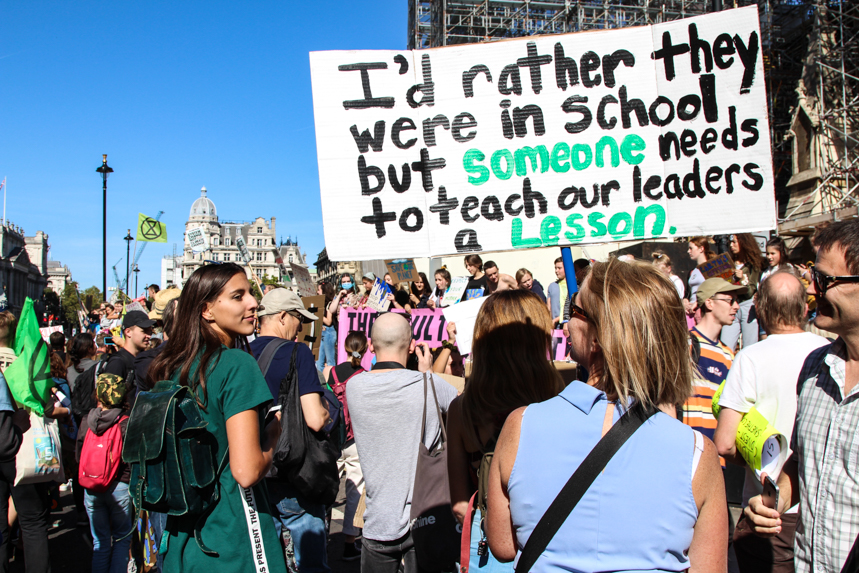 Loads of parents also attended the rally to show solidarity with school children.

‘PR has a key role to play’

All agency leaders that PRWeek approached agree that in the first instance, it’s important the industry gets its own house in order first, before leaning on clients.

This goes beyond reducing waste and an agency’s carbon footprint.

Tin Man creative director James Hoyle said one of the most important reasons why PR agencies should get involved is their employees.

"When you see the enthusiasm of our junior members of staff and how there was no way anything was going to stop them from going...it shows you how ‘woke’ and invested they are in the issue," he said. "This is being driven by our employees and it is second nature to them.

"The creative industries are in the business of reputation enhancement and behavioural change. We need to be part of a broader system that holds ourselves, clients and consumers to account."

But is the communications industry really that well-placed to make a meaningful change?

"The biggest contribution the PR industry can make is by taking on the challenge of getting more brands to get involved and take transformative action – by showing them the dynamite PR they can get if they take big, bold steps – it’s the best path to strengthening a positive reputation that bolsters a business’s value," he said.

"Look at the impact Patagonia and Timberland have got for their challenger climate-change positions. The more ambitious, the bigger the step change, and the more interesting the results become."

Good Business advises businesses on how they can step up to social and environmental challenges.

"PR professionals should be putting climate change on every meeting agenda, asking their clients what their new commitments from 2020 will be, showing them the potential of being ahead of the pack and what it can do for their brand – and the planet," he said.

"The sector has a key role to play in closing the loop on the case for business action, making sure that genuine progress and impact is recognised and rewarded. If the communications industry gets this right, it will act as an accelerator for the next era of climate action."

Check out more photos from the global climate strike march in London, including PR industry placards. 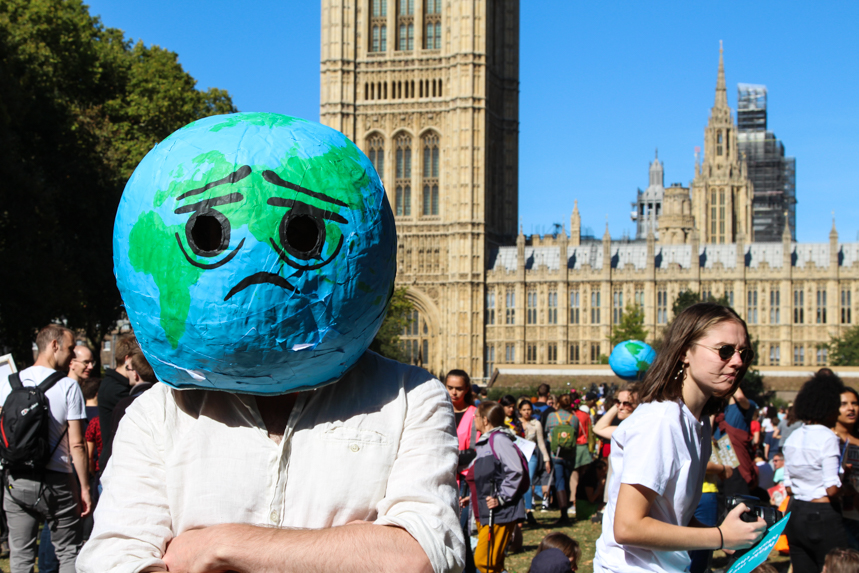