The study polled 25,000 consumers and business decision makers in eight global markets, including 3,704 in the UK.

Eighty-three per cent of global survey respondents believe brands can do more to provide stability (76 per cent in the UK), and 74 per cent globally expect brands to take a stand on important issues.

The research also found that British consumers (67 per cent) are more likely to support brands that combine a great product with a powerful social purpose and activism than in other markets across EMEA (61 per cent), and the rest of the world (54 per cent).

The report provides further evidence that consumers have increasingly high expectations of how brands behave, what values they stand for and authenticity.

Consumers will punish brands if they don’t act ethically. In 94 per cent of situations surveyed, the majority of respondents said they would shame a brand if they perceive them as stepping out of line, and 92 per cent said they would stop using a product or service, even though the report notes that tech giants, such as Facebook and Google, have managed to weather data breaches and other scandals in recent times.

"Being hard to replace isn’t a get-out-of-jail-free card," says Rebecca Wilson, EVP of Singapore and Australia at WE. "Consumers may forgive you in the short term, but they won’t forget. As soon as a more ethical option comes along, they’ll jump ship." 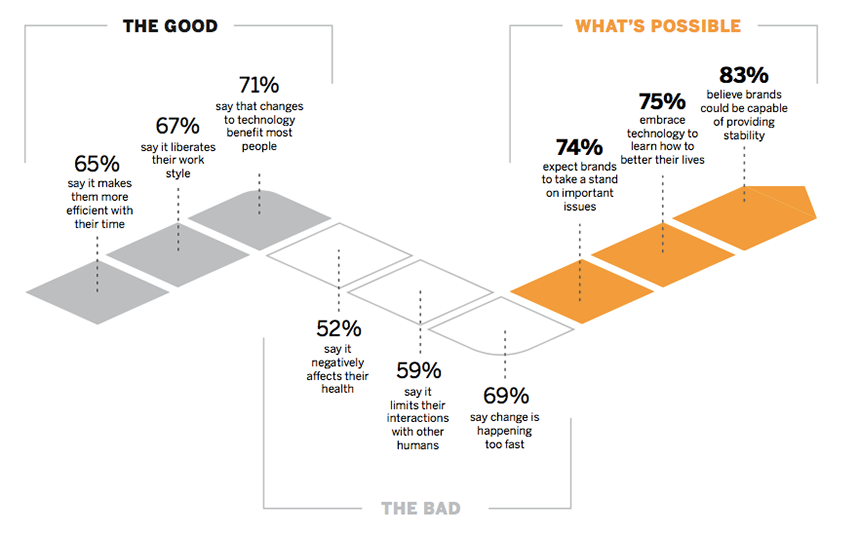 In the report, WE noted there is a ‘consumer uprising’ and said that although brands have never had this much power to create positive change, they’re far more exposed and disposable than ever.

"Last year we said expectations are higher than ever. You had to balance ethics and innovation and show, not tell, consumers your value," WE Global CEO and Founder Melissa Waggener Zorkin said. "This year, consumers are demanding that you do all that and speak your truth as a brand at the same time. They expect authenticity – if you want to tell a story, your brand has to live it first.

Zorkin said that brands face a "high-stakes environment" of "insatiable expectations, a push for accountability from all sides, and a consumer audience that has unprecedented levels of customisation, knowledge and choice at their fingertips".

"To survive and thrive, brands must adopt a higher level of consciousness about how they operate in the world, demonstrating authenticity, and connecting with their customers in meaningful, respectful ways," she added.

This year’s Brands in Motion study took a deeper dive into consumer expectations of how brands use technology.

Nearly all respondents (97 per cent in the UK) believe that companies are responsible for using technology ethically, and if they fell short of ethical standards, 93 per cent would stop using a product or service.

'It's time we called out buzzworthy marketing dressed up as purpose': PRWeek @ Cannes on 'woke-washing'