Our seventh annual group of six inductees will be celebrated at a gala dinner to be held in New York City on the evening of December 9.

The gala dinner is open to friends, family and colleagues of the honorees, as well as any PR pro or interested party who wants to experience - and benefit from - one of the most wonderful nights on the PR calendar.

It will be a celebration of PR legends and institutions as we honor the 2019 Hall of Fame. 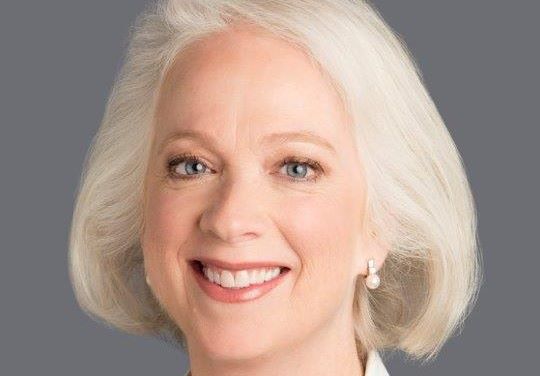 Martha Boudreau is a long-standing leader in the Washington, D.C. communications scene, having worked at top five global PR firm FleishmanHillard for more than 17 years, latterly as president of the mid-Atlantic region and Latin America.

She served on the Omnicom company’s global management committee and was a key figure in growing the firm’s presence in the Middle East and its expansion into LatAm.

Boudreau departed Fleishman and joined AARP in 2014, where she leads the integrated communications and marketing function, providing leadership and strategic direction for overall awareness and brand positioning of the organization that advocates for adults over the age of 50 in the U.S.

The nonprofit, nonpartisan body boasts 38 million members and is one of the most influential groups in the country. Boudreau is responsible for setting enterprise brand and communications strategy and unifying AARP’s voice through social, digital, earned and paid media along with AARP’s leading owned media publications, AARP The Magazine and AARP Bulletin.

During her tenure as GM of Fleishman’s Washington office, Boudreau led efforts to change its offerings to reflect a rapidly evolving communications landscape. She established the firm’s government communications practice, which led to FleishmanHillard becoming the largest PR provider to the U.S. government. For the diplomatic community, she spearheaded a digital diplomacy team that trained ambassadors and embassy staff on using social media to support their traditional outreach efforts in Washington.

In addition to her financial and client service responsibilities, she was also central to the global coordination of client work and new business efforts.

She represented Fleishman at the World Economic Forum in Davos, Switzerland, and was an active participant in regional WEF events as well as the forum’s Global Gender Parity program. Her teams in Latin America handled media and executive communications for WEF events in Peru and Mexico.

Detroit native Boudreau earned her B.A. from the University of Michigan in Ann Arbor. She is a member of the International Women’s Forum and serves on the Advisory Council for Washington Women in Public Relations. She also served on the boards of several organizations in Washington, including the National Press Foundation, the American Heart Association’s mid-Atlantic affiliate and the American Bird Conservancy. 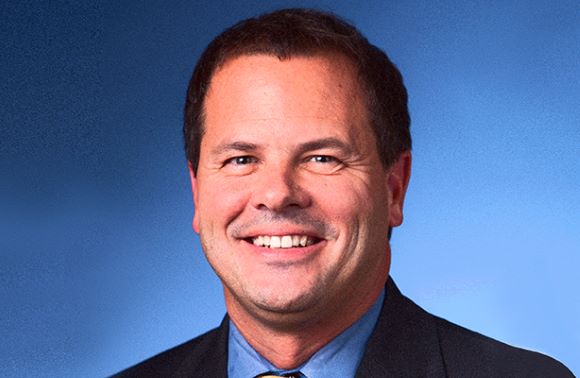 Automotive sector veteran Tony Cervone has been SVP of global communications at General Motors since May 2014, his second spell at the iconic carmaker.

As the Detroit-based behemoth’s top communications executive, he is responsible for overall global strategy and, in October 2015, he assumed responsibility for GM’s corporate giving activities. He is a member of the company’s senior leadership team and a senior adviser to CEO Mary Barra.

Cervone is a communications and global corporate relations executive with a proven record of planning and executing successful, transformational communication strategies. He has extensive experience restructuring corporate PR operations evolving through dramatic change, both at the national and the international level.

Prior to joining GM, Cervone served since 2011 as EVP of group communications for Volkswagen Group of America in Herndon, Virginia, where he revamped the company’s comms activities for its VW and Audi brands.

Before VW, Cervone was SVP and CCO for United Airlines in Chicago from 2009 to 2011, where he helped manage the company’s eventual merger with Continental Airlines.

From 1985 to 1999, Cervone worked at Chrysler Corp. and then DaimlerChrysler in virtually every aspect of auto industry communications, from product and technology to supplier and crisis communications. He managed pre- and post-merger communications related to the merger of Chrysler and Daimler-Benz.

Cervone is a member of PR industry groups Page, the PRSA and The Seminar. He is a board member of The Lagrant Foundation, Plank Center for Communications Leadership and Detroit Children’s Fund.

In November 2017, Cervone was inducted into the Central Michigan University Journalism Hall of Fame, having graduated from there in 1985. 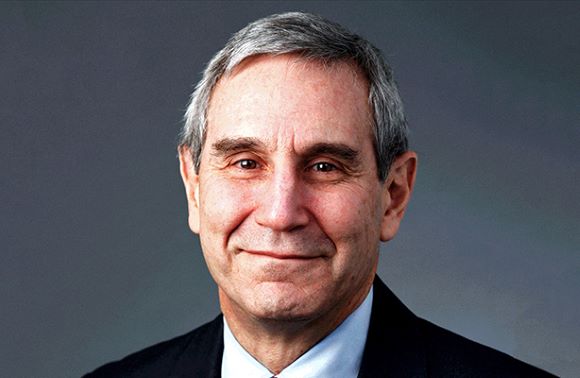 Richard Edelman is the president and CEO of Edelman, the largest PR firm in the world, with extensive experience in marketing and reputation management, having led assignments across major corporations, NGOs, and family businesses in over 25 industries around the globe.

Edelman joined the independent family firm in 1978 having completed an MBA at Harvard University, where he also studied as an undergraduate. He intended to take a job in marketing at Playtex, but his father Dan persuaded him to join the family company instead.

He was an executive at Edelman by 1981 and in 1983 became president of Edelman's New York office. He was appointed president of the company in 1985.

In 1996, Edelman assumed CEO duties of the eponymous agency Dan founded in 1952, growing the firm more than fourfold in the subsequent 22 years, from billings of less than $200 million to over $900 million in 2018.

The agency now employs 6,000 people in more than 60 offices around the world, 600 of whom are creatives, with 700 working in digital. Edelman describes this mix of skills as a communications marketing company, rather than PR, but earned media still runs through the DNA of the agency.

A regular fixture on PRWeek’s annual Power List, Edelman topped the iconic lineup of most powerful industry executives in 2013. He was subsequently inducted into Page’s Hall of Fame in 2014 and has posted weekly to his 6 A.M. blog since 2004.

Edelman’s Trust Barometer was launched in 2000 and is now unveiled annually at the World Economic Forum in Davos, Switzerland. It has become the best-known piece of IP and thought leadership in the PR industry and regularly garners top-level media attention when it is released.

In addition to his business duties Edelman serves on the board of directors of the Ad Council, Atlantic Council, Chicago Council on Global Affairs, Children’s Aid Society, Gettysburg Foundation, 9/11 Museum and the National Committee on US China Relations. He is a member of the Civic Committee of the Commercial Club of Chicago, World Economic Forum and The Seminar. 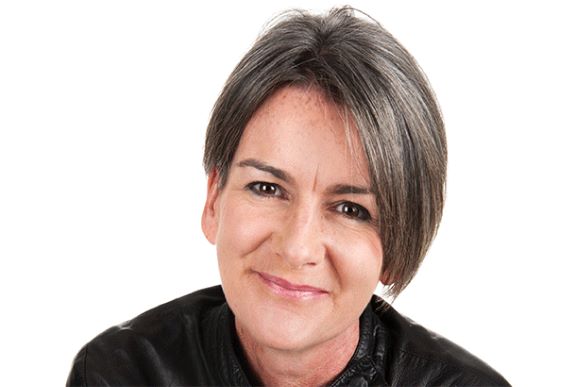 Aedhmar Hynes is a highly respected global CEO and leader in the technology and marketing communications industries, having spent almost 30 years at Text100, a digital communications agency with 22 offices and over 600 consultants across Europe, North America and Asia.

In her current role as chair of Page she is working to harness the power of the world’s best communications executives to transform business, playing an active part in the recent release of a comprehensive survey about the future of the CCO function.

Page is the world's leading professional association for senior PR and corporate communications executives and educators, encompassing almost 800 members from around the globe.

As CEO of Next Fifteen Communications Group subsidiary Text100 until late 2018 she led the growth of a market leader in global marketing communications, partnering with brands across all industries where technology is challenging the status quo.

With her open, direct and authentic style of leadership she is credited as one of the key leaders of change in the industry over the past two decades and a mentor to many PR professionals.

Hynes is also a member of the advisory board of MIT Media Lab, a Henry Crown Fellow at The Aspen Institute, a member of the Technoserve Board of Directors, and sits on the foundation board of her alma mater, The National University of Ireland – Galway.

She was named to the PRWeek Power List for three successive years and won Global Professional of the Year in 2018. She is a past recipient of the Global Technology Award for Communications, Page Society Distinguished Service Award, Plank Center Milestones in Mentoring Agency Award and was inducted into PRWeek’s Hall of Femme.

In August, Hynes was elected to the board of directors of technology-based learning solutions company Rosetta Stone. 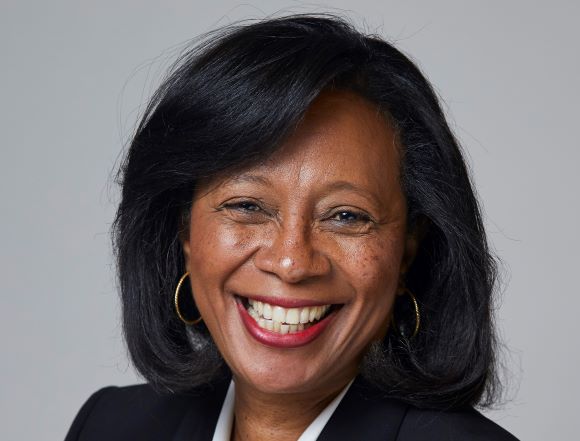 The ACLU’s Michele Moore is a communications professional with a 25-year track record of leadership that spans media relations, crisis communications, public affairs and brand marketing for nonprofits, government, Fortune 500 companies and academia.

Since November 2017, Moore has directed the ACLU’s public messaging in the wake of President Donald Trump’s election, helping position the organization to defend and preserve the individual rights and liberties guaranteed to every person by the constitution and laws of the United States.

Moore joined the ACLU in 2015, bringing a combination of legal training and strategic communications skills to the organization. Prior to that, she held senior leadership roles for the National Urban League, Lifetime Networks, Black Entertainment Television (BET), Nickelodeon and Cox Communications. She also served as press secretary and director of communications for the City of New Orleans under Mayor Marc Morial.

In the early 1990s, Moore helped reshape New Orleans’ public image on police corruption to garner the nation’s All-America City Award based on reducing crime and mobilizing citizen activism. She secured the first story by CBS’ 60 Minutes to feature an African American-owned company, BET, and its chairman Bob Johnson.

She later orchestrated successful publicity launches at Nickelodeon, introducing the world to hits like Dora the Explorer and SpongeBob SquarePants, which became billion dollar global franchises.

Her work at the National Urban League led to the modernization of its brand identity, an expanded digital footprint, increased membership and elevated coverage of its State of Black America report to millions. At Lifetime, Moore directed successful media campaigns for ratings hits such as Project Runway.

In 2013, Moore returned to her public interest work with nonprofit coalitions, helping elevate public awareness for President Obama’s My Brother’s Keeper initiative and a groundbreaking national study by the Institute of Women and Ethnic Studies on the effects of trauma and resilience in communities of color 10 years after Hurricane Katrina.

A native of Los Angeles, Moore earned her law degree at Howard University School of Law and a Bachelor of Arts degree in Communication Studies at U.C.L.A. 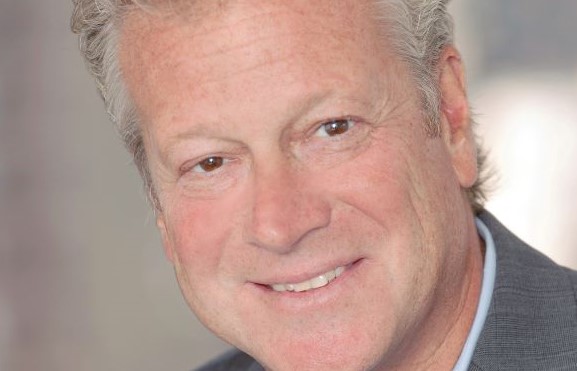 Longtime business partner Gail Heimann, who had served as Weber’s global president since 2013, took over the role of CEO at IPG’s largest PR firm, still reporting to Polansky.

Renowned for his passion for client service, culture and collaboration, Polansky still serves as executive chairman of Weber Shandwick, having been CEO from 2012-2019, a role he assumed from predecessor Harris Diamond, who left to lead IPG advertising agency sibling McCann Worldgroup as CEO.

A PR and marketing service industry leader, Polansky has delivered outstanding results for hundreds of companies around the globe. Under his direction as CEO, Weber Shandwick was PRWeek’s U.S. and Global Agency of the Year four years in a row, from 2015 to 2018.

Polansky led the development of Weber’s client relationship leader program, which was featured as a Harvard Business School case study.

He sits on the board of directors of the Ad Council and board of trustees for the VNA Health Group, one of the nation’s largest nonprofit independent providers of home health, hospice and community-based care.

Prior to joining IPG, Polansky was a municipal reporter for the Bucks County Courier Times in Levittown, PA, a business and feature writer for the Princeton Packet in Princeton, NJ, and a sportswriter at The Trentonian in Trenton, NJ.

He holds a Bachelor of Arts degree from The College of New Jersey and sits on the TCNJ Foundation board of directors.