The request asked county, borough and district councils across the UK how much council comms departments have spent on PR over the last five years, the current size of their comms department, and salary bands.

Out of the 434 councils PRWeek contacted, 373 responded with full or partial data, although since the 2017 general election there have been several council mergers, which has reduced the number of councils to 408.

While larger councils tend to have a comms team that is responsible for PR and marketing, 16 said they have no specific budget for PR. Some include PR under the role of marketing teams and vice versa, others said it was spread across multiple departments.

Hackney Council and Derby City Council also provided incomplete data under the same exemption, while West Sussex County Council refused to provide any information at all.

Councils have spent over £500m over the five-year period, but the data shows a near ten per cent drop in spending overall. 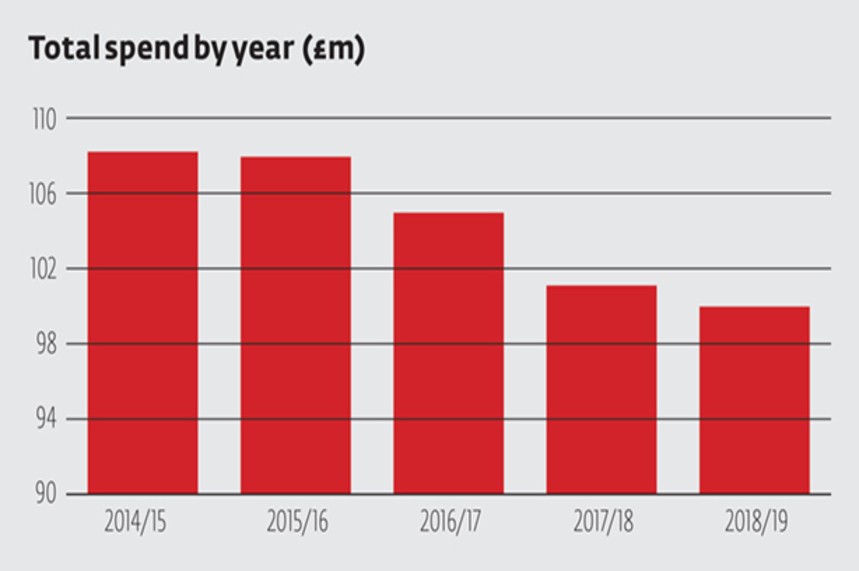 David Holdstock is the director of communications at the Local Government Association. He shared the results of an LGA survey from November last year that showed a number similar trends, including how a quarter of comms chiefs expected a non-staffing budget decrease between 2018/19 and 19/20.

In addition, PRWeek reported that more than a third of respondents (36 per cent) were ‘not very confident’ they had enough resources to meet their authorities’ priorities, and 84 per cent mentioned insufficient people resources as a reason for this lack of confidence.

The cuts to comms budgets come at a time of falling trust and satisfaction in council services - according to the latest satisfaction survey from the LGA in June this year. Cuts to local services are down more than 20 per cent over the last decade.

The London Borough of Hackney’s director of comms, culture and sport Polly Cziok said: "The last decade of austerity has seen severe cuts to local government comms teams across the country, and has seen many councils removing senior comms roles from their structures."

"Citizens have a right to regular information from their local authorities, and to be fully consulted and involved in the decisions that shape the places that they live. In some places, that is becoming increasingly hard to deliver."

Paul Robertson, head of communications and engagement at Newcastle City Council, said his team have managed well despite budgets cuts of around two thirds.

"We still handle comms in-house but outsource design work. It’s about priorities and we need to align with the council and the decisions made in cabinet."

Camilla Mankabady, director of comms at Liverpool City Council, agreed there was pressure to remain on budget.

"One word sums up Liverpool's comms team right now and that is ‘change’. The way we work, the way we communicate and the way we aim to set the agenda is very different from the past," she said.

"With global uncertainty and national political instability I would argue that the need for local government comms teams is more important than ever." 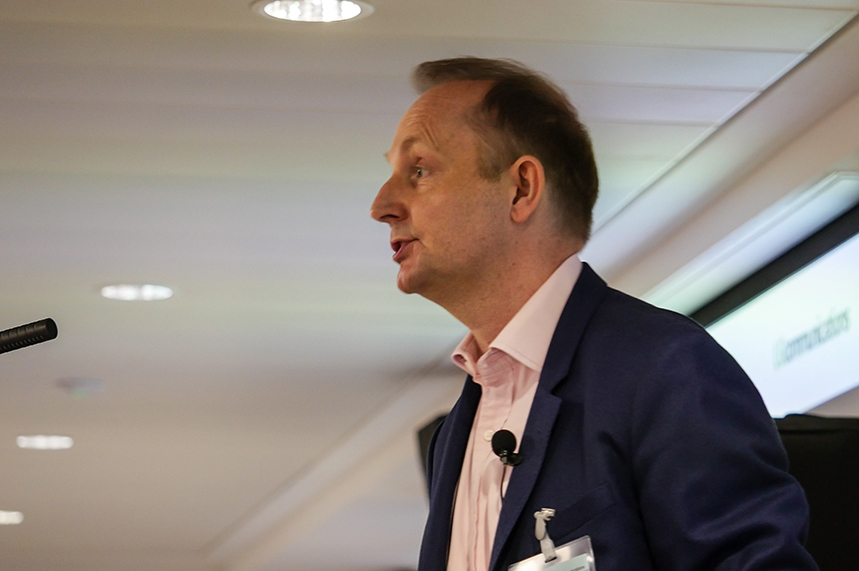 Value in the face of cuts

Simon Jones (pictured), chair of Local Government Comms, said: "We all have to cut our cloth given sharp reductions in government funding, but investment in local government comms can help make savings by managing demand, fostering behaviour change, and building trust."

Jones said an example would be that a council comms campaign to recruit more foster carers could save £25,000 per young person that does not have to go in to the residential care system instead. Plus, health awareness and recycling campaigns also save councils and other public authorities money.

"We need to prove that comms can improve lives and reduce costs," he added.

According to the data gathered in the FOI request, the ten biggest spending councils spent nearly £90m between them over the last five years on comms, including salaries. 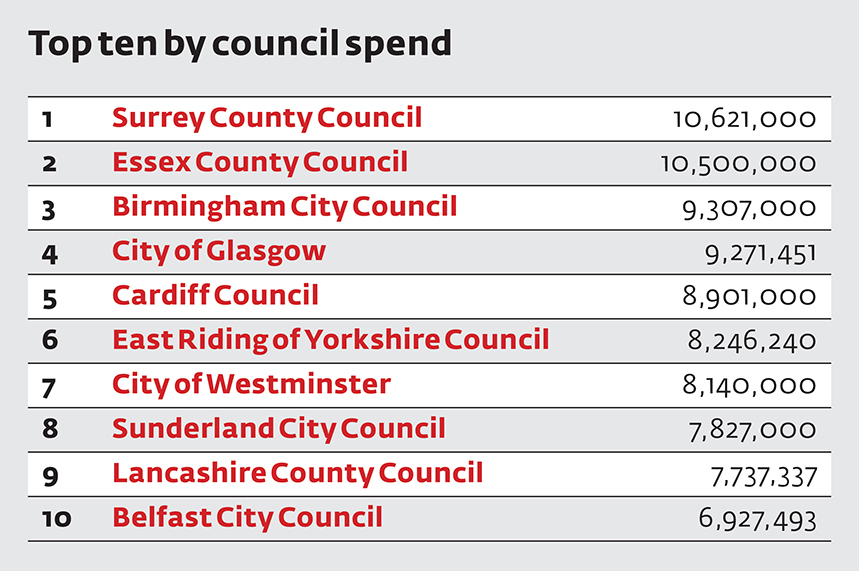 PR consultant and CIPR vice-president Sarah Waddington (below) agreed that PR needed to demonstrate value at a time when other council departments have had their budgets cut.

"Relationships between residents and a council can be fractious if members of the public feel badly served. Good comms helps build trust and increase engagement, enabling councils to be more effective and interact with communities on their own turf," she said. 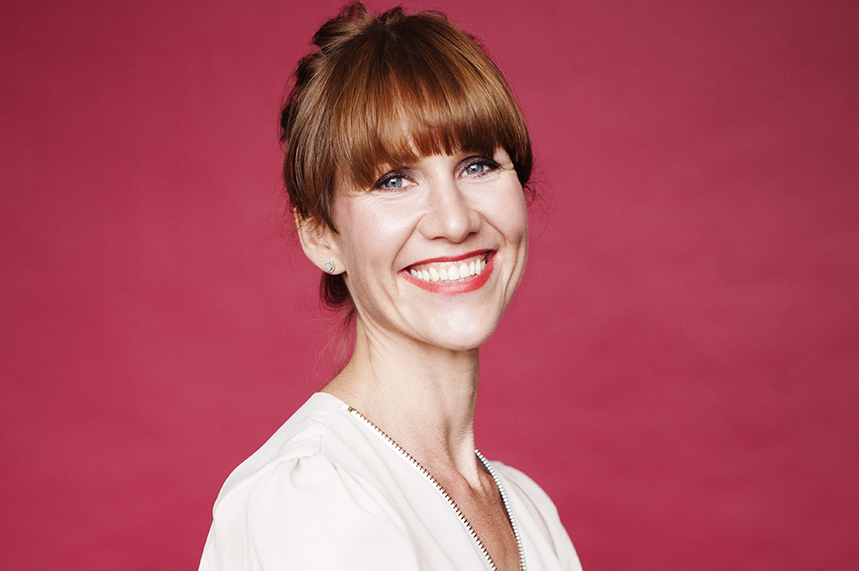 "The issue is that good PR is often invisible. Comms teams need to be much more assertive in demonstrating their involvement and the resultant impact."

Clive Power has headed communications for several local authorities, most recently at Norfolk County Council. He said the problem with understanding PR spending is that people can be unsure about what it covers.

"For example, councils undertake consultations, and some will include that in their PR spend [but] some won’t," he said.

In response to the quality of the data, Power said councils should be more open. "They are on the ball when it comes to answering FOI requests and sometimes can purposely obscure the actual data. I don’t believe any council which said it spends ‘nothing’ on comms or PR – someone is writing its social media posts."

The number of people working in comms roles has fallen by more than a fifth over the five year period.

There was some inconsistency with the way in which the FOI was answered, as some councils provided the number of people it employed to do PR work, and others provided full-time equivalent (FTE) numbers.

PRWeek has rounded up all FTE numbers to the next highest full figure.

However, in 2015 media trade magazine Press Gazette completed a similar request that found 3,443 people in PR, communications and marketing positions between them, from 405 council responses.

Glasgow City Council has the largest comms team. It serves a population of nearly 600,000, has 86 councillors elected across 23 wards, seven MPs, and eight MSPs. 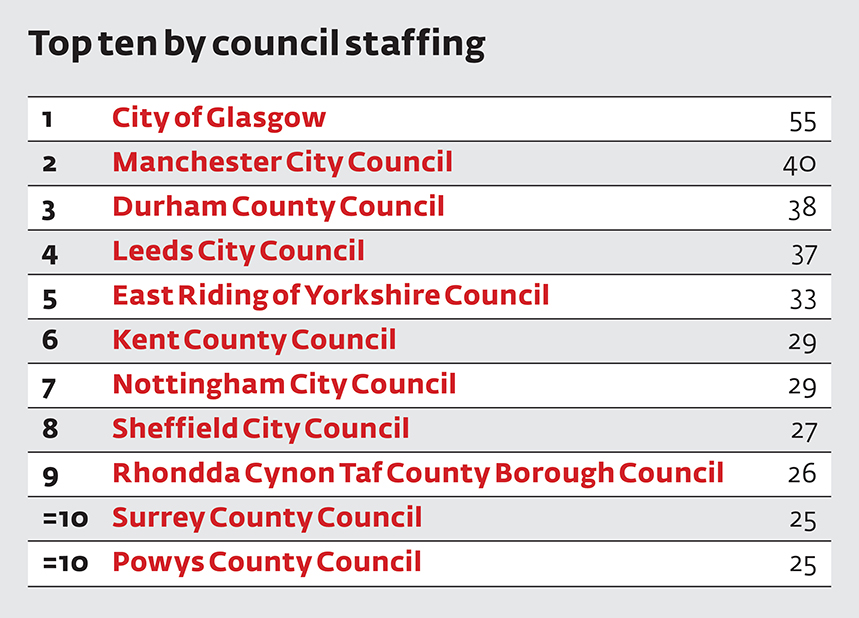 In addition, more than 20 councils have 20 or more communications positions; over 100 councils had five or less staff members in comms roles; and 10 reported one or none at all.

On staffing, Jones added: "We are starting to see a reduction, but don’t want to see any major loss because that would not be helpful in the long term. We need to connect with communities now more than ever."

"It looks like fewer staff are doing more work. We’re worried about the loss of capacity as that would harm our ability to build trust and support public sector campaigns."

Waddington said that employee numbers will continue to drop, while the expectation is that council comms teams can do more with less.

She said: "On the positive side, a big push on professional development has created multi-skilled teams and technology has helped automate time-consuming processes. On the negative side, there’s only so much one team can efficiently and sustainably deliver, especially when there’s no remaining slack."

Waddington warned that constant restructures and static budgets can negatively impact mental health and the quality of work in the long term.