Flack dodged the Brexit protestors in Parliament Square on Tuesday to attend an event by the Broadcast Club in Portcullis House.

The non-profit organisation presented the findings of their inquiry into gender representation of FTSE 100 broadcast media spokespeople. PRWeek reported earlier this week that only 14 companies responded to the survey.

The panel discussion was chaired by BBC newsreader Simon McCoy, who can often be found throwing shade at the Royal family during live announcements.

The panel discussed quotas and the challenges faced with fair representation in broadcasting and McCoy jokingly asked: "Are we not in danger of just targeting middle aged white men?"

Flack is not sure the panel agreed.

Lord Bell continues to be a source of controversy and debate after his passing last month. This week's Private Eye quotes "glowing words" from PRCA boss Francis Ingham about the Bell Pottinger founder, who he described as "an undisputed giant who proved the power of communication".

The publication describes it as a "suitably slippery tribute from one flack to another" (this Flack is not sure Ingham would call himself a flack - maybe Private Eye was getting confused with his namesake Bernard... but anyway).

Private Eye justifies the attack on the ground that the PRCA famously expelled Bell Pottinger in 2017, shortly before its collapse, over the agency's work inciting racism in South Africa.

No-one is arguing that the actions of Bell Pottinger staff weren't horrendous and entirely unethical. But Bell would no doubt point out that he had left the agency by that point and, despite having been involved in securing the account, had publicly disapproved of what took place.

Flack suspects Bell's legacy will be debated for years to come. 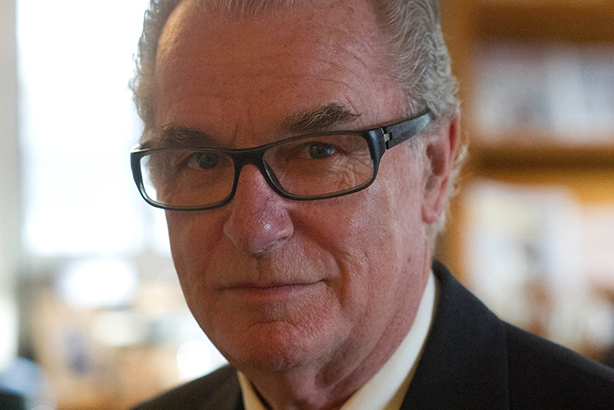 Flack has a perculiar interest in the names given by PR agencies to their meeting rooms (we all need a hobby, right?).

Earlier this year PRWeek reported how Hill+Knowlton has named all 12 rooms at its London office after inspirational authors, for example.

A visit to Fieldhouse's new office space near Covent Garden this week revealed that the tech-focused consultancy has chosen to name its rooms after its first two clients, as a tribute to them showing belief in the business in the early days.

The first room, Macfarlane, is named after Bruce Macfarlane, managing partner at MMC Ventures, Fieldhouse's first ever client in 2012. The other room is called Mills, after Tim Mills, investment director at the Angel CoFund - its second ever client.

Flack is happy to report that both are still on Fieldhouse's books. Almost too lovely for words.

Flack was drawn to a stunt promoting the launch of the UK's first nhow hotel, in London, last weekend. While disappointed that it wasn't being floated down the Thames, attention was still piqued by a giant, 8-metre chameleon making its way up the Old Truman Brewery's chimney.

Before ascending the landmark, the lizard apparently 'paid homage to London, travelling to iconic viewpoints such as Trafalgar Square, St Paul’s and Tower Bridge'.

What next? Snakes in the Houses of Parliament?

Want to know how the chameleon got there? Check out this video: