Social media, reflecting growing distrust and polarisation of public opinion, has contributed to a shift toward corporate honesty and brave campaigns as PR embraces equality, purpose and sustainability.

When Domino’s Pizza admitted that its product was crap in a campaign at the beginning of the 2010s it was, perhaps, the start of a different approach to PR and communications – in this case, brutal honesty in an age when the public increasingly distrusts companies, politicians and even the institutions on which society is based.

For Nik Govier, founder and chief executive of ‘corpsumer’ agency Blurred, this honesty, coupled with the rise and rise of purpose-driven campaigning, is one of the trends that will come to define this decade.

Before launching Blurred in 2018, Govier was co-founder of multi-award-winning firm Unity, with her then-business partner, Gerry Hopkinson; she stayed for 12 years.

Unity was the agency behind Marks & Spencer’s ground-breaking, big-budget 2014 Christmas campaign ‘Follow the fairies’ – the epitome of a modern integrated campaign, led by PR.

We’re in an airy, plant-filled room on the top floor of the latest, Mayfair-based incarnation of women-only members’ club The AllBright.

The club and its members are themselves a reminder of the decade we are living in; a departure from the stuffy establishments of another age.

Govier, an early investor in the enterprise and a firm supporter of its ethos, is unapologetic about the relentless rise of ‘purpose’ in PR and comms.

She says: "It massively makes people roll their eyes, but they’re going to have to just suck it up, because it’s not going anywhere and it will continue to be a huge thing for decades to come."

There are strong drivers for this purpose-driven atmosphere, not least of which is the environment and a new generation of consumers who understand the power they wield.

"We’re on the cusp of climate disaster and everyone’s waking up to that, not just consumers," says Govier. "Pressure is coming from markets, and shareholders… everyone wants to know how [businesses] are contributing from a sustainability perspective."

But back to that crap pizza, and Govier is recounting some of her favourite PR and communications campaigns of the decade to date.

"Domino’s had a huge market share but its product was quite shit," she says. "It put out a series of campaign films in which the CEO said: ‘We’ve let you down, our pizza is crap and we should do better.’ It turned that business around, absolutely revolutionised it and nobody really knows about it."

For Govier, this was the start of something new, and its influence continues to reverberate in campaigns at this end of the decade – one being last year’s KFC ‘FCK’ crisis comms exemplar after its chicken distribution failed, another being Carlsberg’s campaign quoting consumers insulting its standard lager – for example, saying that it tasted like "cat piss" – earlier this year.

"It’s that notion of honesty in an age of distrust – that’s the age we’re in now," says Govier.

By 2010, platforms such as Facebook, Twitter and LinkedIn were already established but, as a comms tool, social media was still in its relative infancy. Govier has enjoyed watching the evolution in its use by the industry, in particular the shift away from a fear of giving offence.

"A few years ago, brands would have thought: ‘ We don’t want to offend people,’ but in a world where there’s such division now, globally, I love it when people know who they are and they’re brave enough to say that on social."

Govier cites campaigns by Nike, featuring the American footballer Colin Kaepernick, Adidas’ ‘There Will be Haters’ and ‘Are You Beach Body Ready?’ by Protein World, which was banned from poster sites on the London Underground after a public backlash.

"[The campaign was] used as an example of ‘how not to do it’… then lo and behold, six months later, [Protein World] released its figures and they’d gone through the roof. It realised it’s not for everyone and didn’t care about offending some people… My point is, know who you are and don’t be afraid to say it."

The polarisation of public opinion is not just a characteristic of social media, of course; it is, for Govier, a defining aspect of the 2010s. 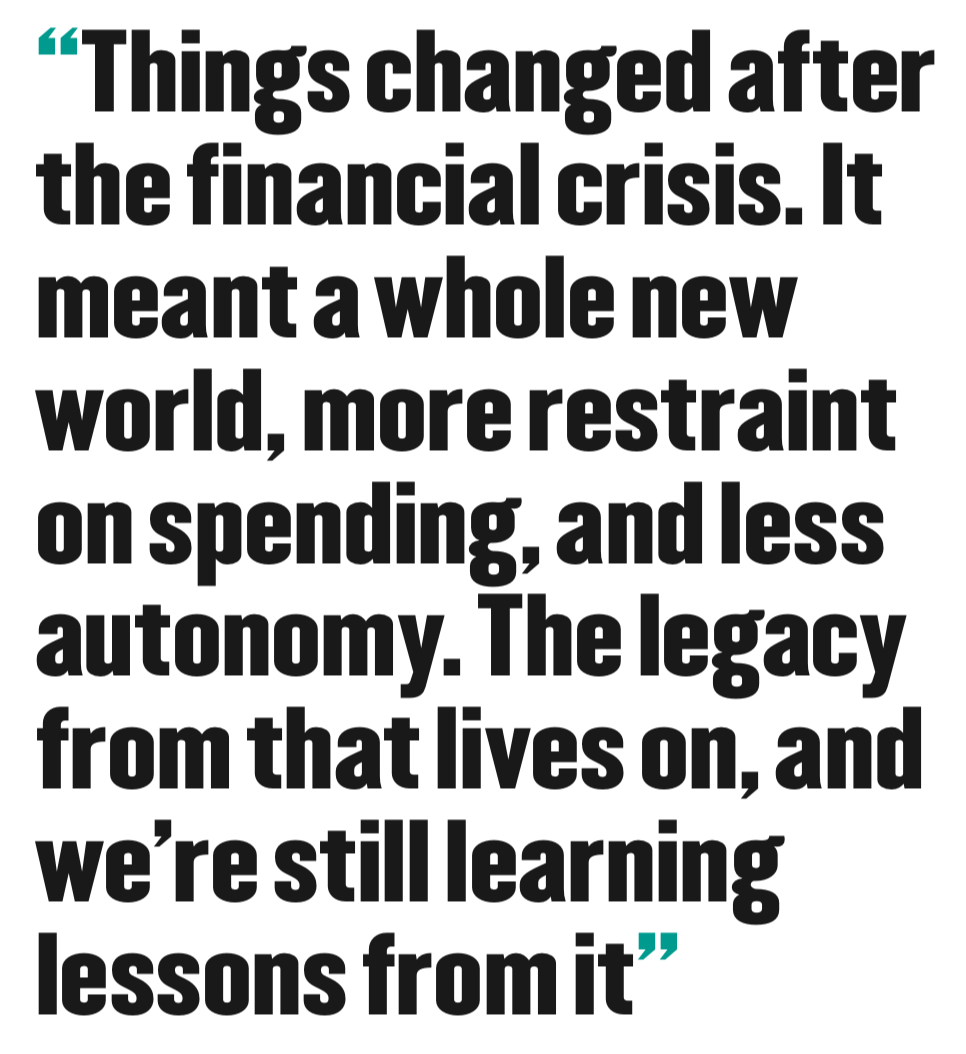 "We have never been more divided," she says. "We have Trump versus The Squad in America, Brexit here – and just this notion that we’re trying to break ourselves up into little pieces."

Reassuringly, Govier thinks we are on the cusp of a backlash against this sense of division, anger and polarisation, and raises HSBC’s campaign in the UK, ‘We are not an island’, as an example of brands responding to this sentiment.

"Of course, [HSBC] tried to claim it didn’t have an underlying political message, but I loved the bravery of that campaign," she says.

For Govier, equality is another thread running through the decade’s public discourse, as well as the industry’s work.

"We’re seeing that run through all sorts of marketing and, while none of this is new, I think we’ve arrived at a tipping point," she says.

Equality has also had a hand in the evolution of the agency model, with the rise of virtual agencies such as The Difference Collective, headed by Angie Wiles, as well as others set up by – and specifically targeting – members of ethnic minorities, such as Asad Dhunna’s The Unmistakeables.

"Angie would have been laughed out of the room a decade ago, but now people realise it’s a great way to tap into a talent pool of smart women who have to juggle work and childcare," says Govier. "It’s a way of tapping into social situations that the world has led us to. Likewise, I think what Asad is doing is brilliant – creating an agency around something that’s crying out to be addressed."

The decade to come

Govier predicts that in the 2020s brands will place an even sharper focus on purpose and the global issue of sustainability, and that it will be not just ‘conscious consumers’ who demand it, but every type of audience.

Another trend for the industry will be a talent flight from the capital to regional agencies and outfits that are a better fit for their work-life balance.

This decentralisation is unlikely to prove as much of a problem as one might imagine, however: Govier doesn’t believe clients will care, because they don’t want to pay exorbitant fees in order for agencies to have a Covent Garden office and beautiful flowers in reception – "as long as they can get access to smart people who can change on a dime".

What will we think was quaint about this decade in PR in the years to come?

Govier says: "We’ll laugh at the fact that we thought that the channel or the type of marketing was the idea."