PRWeek's five favourite campaigns in August was eventually won – with the remarkable total of 1,436 votes – by The Ruth Strauss Foundation's #RedForRuth campaign, the centrepiece of which took place on the second day of the England vs Australia Ashes test, and involved turning the ground red via a range of initiatives, all to raise money for a rare form of cancer. Hanover agency The Playbook partnered the foundation on the campaign.

In a second, with another huge slice of the vote, was The Store of Modern Childhood – a two day pop-up, which sold stab vests and other items to highlight the 'harsh reality of being a youth in Britain today'. The campaign was produced by W Communications for the Children's Society. 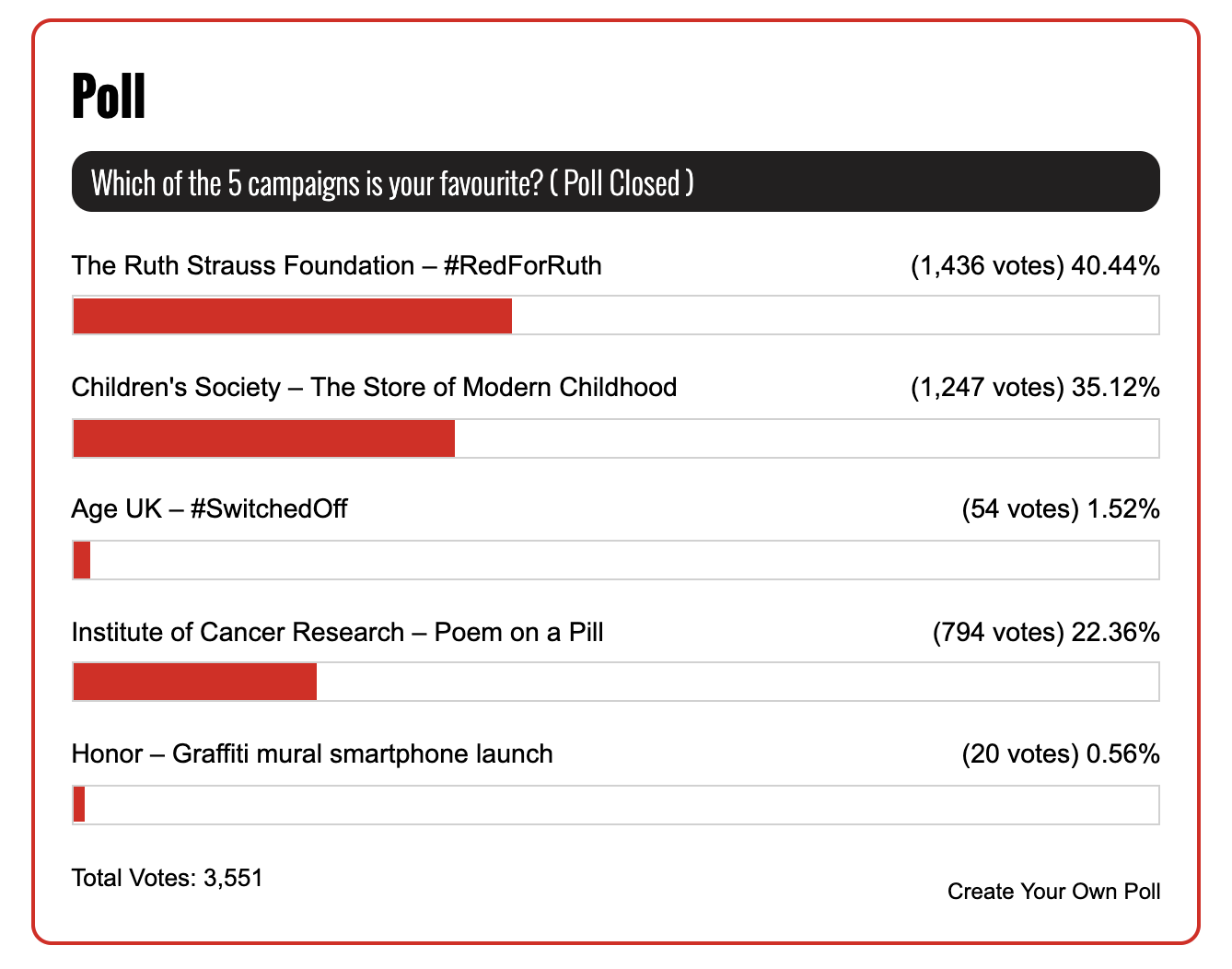 The second day of the Lord's Ashes test match between England and Australia saw the famous ground turn red as part of a campaign to raise money for the Ruth Strauss Foundation, set up by former England cricket captain Andrew Strauss in honour of his wife, who died of a rare form of lung cancer in 2018.

The campaign, in conjunction with the Playbook, encouraged spectators to wear red, teams to sport red numbers and match sponsor Specsavers to turn its branding red, along with various other activations on the day. It achieved widespread media coverage and had raised more than £500,000 for the charity at the time of writing.

In case you missed it: Five Campaigns We Liked in July: your winner revealed