PRs may not mourn many lost aspects of the business before email (faxes, anyone?), but the shift in focus from a social life to social media means it can seem less spontaneous than in those 'Technicolor' years.

Public relations in the 1980s was about relationships and manual labour. In the decade that preceded widespread use of the internet (the World Wide Web was invented in 1989), PR involved endless phone calls, faxes and stuffing envelopes with press kits or fancy invitations.

According to Lynne Franks – the doyenne of PR in this era – the technology is the key ingredient that makes comms a very different beast to today.

"We didn’t use emails; it was fax, fax, fax. It was insane, because you’d be sending 12 faxes to the same office to different journalists," she recalls.

"When we ran events such as London Fashion Week… we’d have a team of couriers waiting. We’d put [printed invitations] into envelopes and then they’d steam them off around to the hotels and journalists’ offices. It was all manual labour."

Although the delivery channels were quite labour-intensive compared with email and social media, Franks believes that PR has become far too "mechanical" and "lacking in spontaneity".

"Back then we were starting it; we didn’t know what we were doing, it was a huge amount of fun and it was very effective," she says. "Now if you go to any event or launch, there’s these sponsors and they’ve got their names on the backdrop. And then you get these paid personalities to stand in front and have their picture taken with big cheesy smiles and it’s so lacking in spontaneity.

"Back then half the time we wouldn’t even let the paparazzi in, let alone posing for them... most of the time people didn’t want [their pictures] on the diary pages… sometimes you didn’t even have diary pages, and definitely not social media. We’ve lost a lot. It’s become so prescriptive and boring."

Franks was 21 when she founded Lynne Franks PR. Arguably the most famous consumer agency of the 80s, it was certainly a powerhouse in fashion PR. Other boutique agencies and specialists in fashion, music and entertainment included The Outside Organisation’s Alan Edwards; holding-group PR firms tended to serve corporate clients.

Franks’ agency was the biggest consumer shop in the industry, employing 50 to 60 staff and handling media relations, advertising, consumer events, and even providing materials to shops – a service she ran with her then-husband Paul Howie, who ran a menswear store in London.

The agency worked with big brands including Harvey Nichols, Tommy Hilfiger, Brylcreem, Raleigh Bicycles and Swatch. The watchmaker was a highlight due to its "courageous campaigns", such as a takeover of Covent Garden Piazza where graffiti artists would create a ‘time theme’ and an enormous Swatch mural on the side of the Royal College of Art building in Knightsbridge.

Her agency represented some of the biggest names in fashion, including Katharine Hamnett, Jasper Conran and Jean-Paul Gaultier, as well as entertainers such as Dawn French, Jennifer Saunders, Annie Lennox, Lenny Henry and Ruby Wax.

The firm broadened its remit into food and drink and other categories in the mid- to late-80s, and even worked briefly with the Labour Party ahead of the 1987 general election. 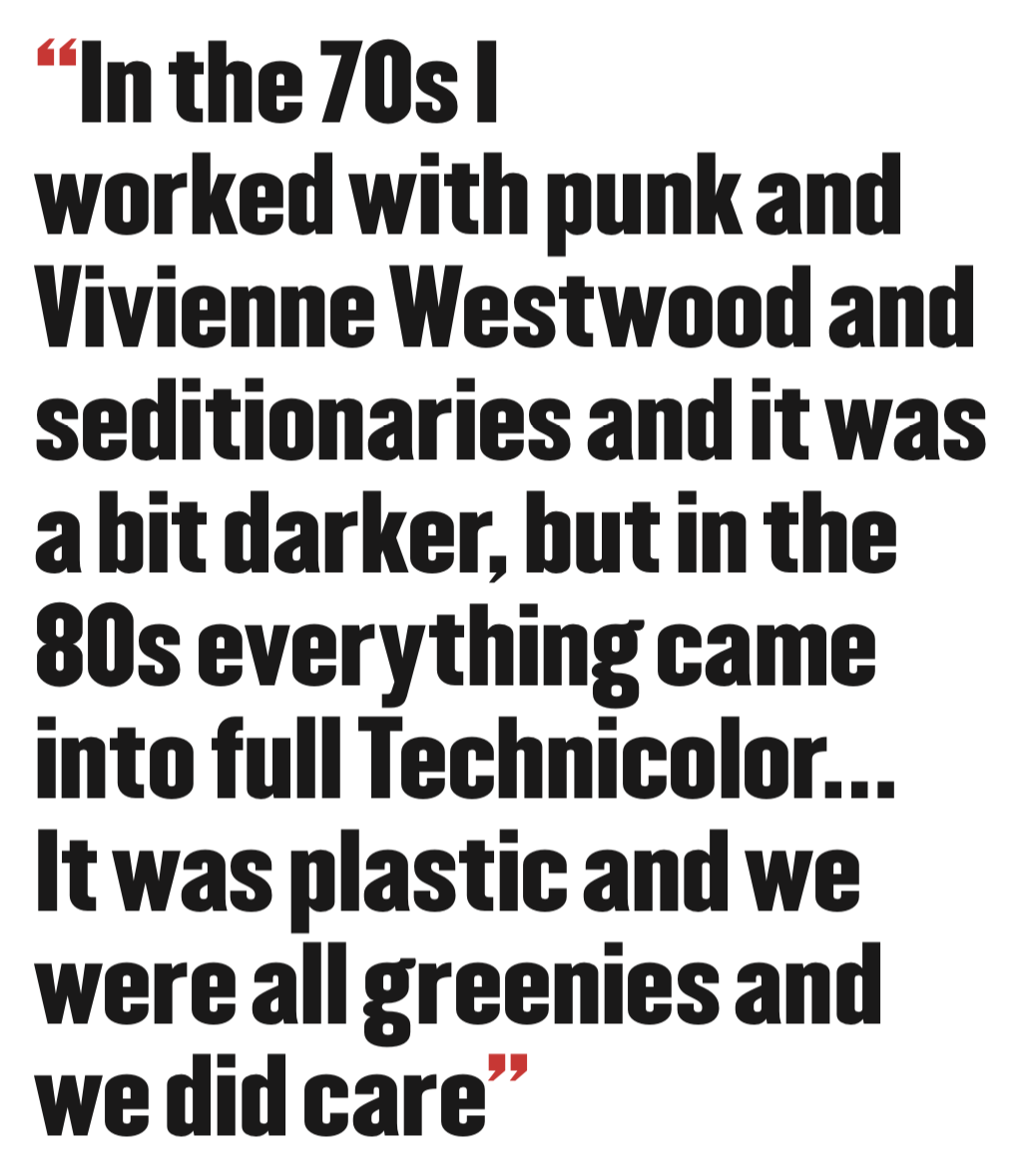 It was her fashion work for which Franks was best known. In 1984, she played a pivotal role in persuading fashion and lifestyle power Murjani Corporation to sponsor the first London Fashion Week – outside the Commonwealth Institute.

Franks also provided pro bono work to Greenpeace, Amnesty International and Oxfam, among other charities. An example is one of the biggest global AIDS awareness and fundraising campaigns, Fashion Cares, which has raised $10m and still runs, with support from MAC Cosmetics.

In 1985, Franks helped in the promotion of Live Aid and worked with Bob Geldof and Harvey Goldsmith to create Fashion Aid.

Franks has also been a strong advocate for women’s empowerment and developed the idea for SEED – Sustainable Enterprise and Empowerment Dynamics, which draws on feminism, sustainability and empowerment dynamics as a model for business – work she continues today.

Franks says working on causes such as these have helped her to "balance out the insanity" over the years. "In the 70s I worked with punk and Vivienne Westwood and seditionaries [and] it was a bit darker, but in the 80s everything came into full Technicolor – that’s how I always think about it. It was plastic and we were all greenies and we did care," she says.

So what was it like leading a hot consumer PR shop back then? Franks describes the era as "full-on". Aside from the ‘office hours’ work, most evenings there would be some sort of event she had to attend. These ranged from industry bodies’ committee meetings to dinner and drinks with clients – and, of course, parties, launches and events.

A typical week could go from "sitting around a table with men in suits at a big corporate briefing" to going with "some of the most creative and fun people in the world to parties and clubbing".

"I was a part of that whole fashion, ravey, Boy George, London club scene," she says. "It was very easy to be drinking too much. I really couldn’t, because I didn’t really like it that much, but you’d walk in somewhere and get a glass of Champagne shoved in your hand and it’s constantly filled."

Franks says her relationship with Fleet Street was generally positive, to the extent that she considered many journalists to be close friends – a sentiment that is not always mirrored today.

"Selling-in was really based on relationships," she explains. "I was always very strict with my team that they must tell the truth. That doesn’t mean you tell the whole story, but you certainly don’t go in there with a load of rubbish. Also not doing gimmicks and stunts for the sake of it."

The seemingly hedonistic lifestyle of a fashion PR agency boss was reflected in the hit sitcom Absolutely Fabulous, created by Jennifer Saunders and based on a sketch she wrote with Dawn French, which many believe was inspired by Franks.

"Comedians use their life as fodder, so it’s not surprising that it happened, but it was weird at the time," Franks says. "Even though it’s a parody, it was representative of a time when there was all of this exaggerated insanity."

Now in her early seventies, Franks cites the social aspects of the job as among the things she misses most about PR life in the 80s.

"For me it was about friendship and parties and having fun and being creative and creating attention [for] the causes I believed in," she says.

"I could be doing PR for something completely random, but weave it into a narrative about responsible living. It’s about how we can make a difference in society and do our jobs well and still have fun to create values and change."