The games console’s launch was a phenomenon, in the UK as much as anywhere. The dark and ‘edgy’ branding, depicting the PS2 as existing in a "sinister, dreamlike" third place between work and home, was stylish, but the PR campaign really helped generate feverish anticipation. Nuggets of information started to be drip-fed to the media a year before the launch, and the media narrative about demand meant publicity continued in the run-up to Christmas. In the UK, the release date was postponed from 29 October to 24 November, with Sony citing excessive demand in Japan, where the global roll-out had started in March.

Relations between the royal family and the media following the Princess of Wales’ death in 1997 were strained at best. The many challenges included encouraging the acceptance of Prince Charles’ relationship with Camilla Parker Bowles. Paddy Harveson, Clarence House comms director, deserves credit for his work evolving the image of Prince Harry, often depicted as a ‘wild child’. An ITN documentary about his trip to Lesotho was agreed and photos taken by the prince were made available to the media, allowing Harry to display his dedicated, compassionate side with children where he was volunteering. Challenges would remain, but this proved a watershed moment. 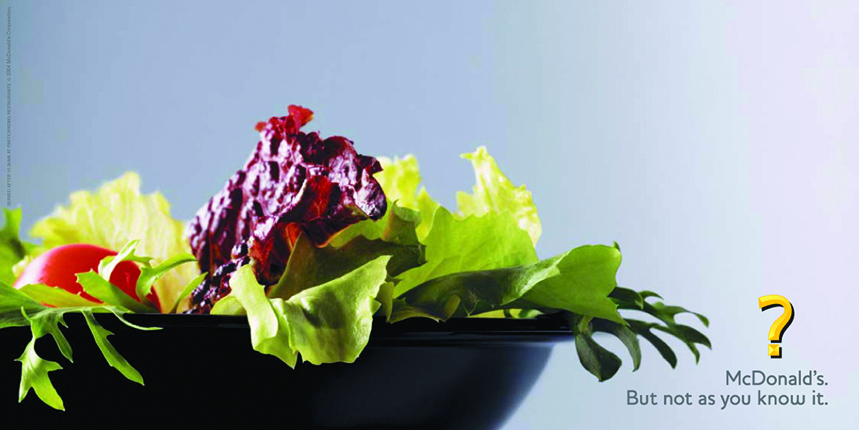 In the early 2000s McDonald’s became the whipping boy of the anti-obesity movement and health campaigners, especially after the release of 2004’s critical documentary film Super Size Me. The brand’s recovery – in a reputation and business sense – has been notable. The chain acted – for example, by lowering the salt content of menu items and introducing healthier options – while tackling criticism head-on in the media and politics. Meanwhile, the firm reacted to the rise of the pejorative term ‘McJob’ by emphasising the prospects available – the UK business even lobbying to have the dictionary definition of McJob changed. UK revenue and profits surged by the end of the decade. 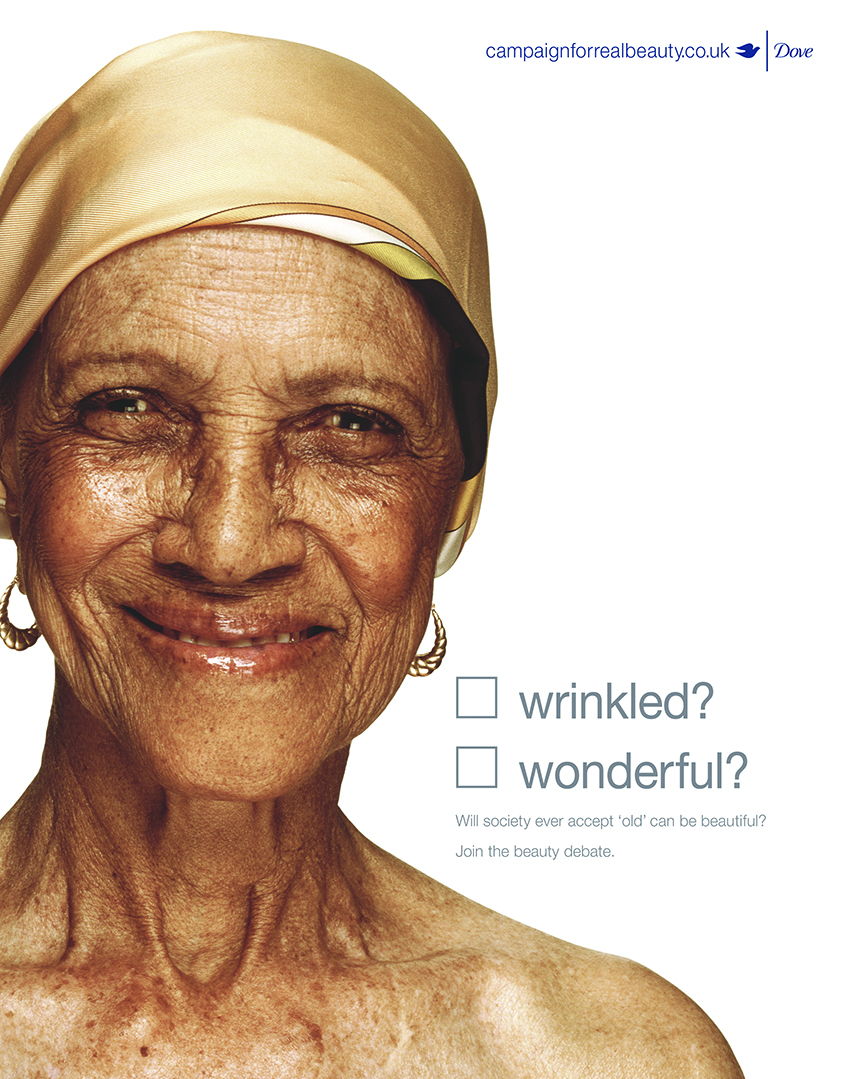 With the theme of female empowerment so popular today, it’s easy to underestimate how revolutionary Unilever brand Dove’s ‘Campaign for Real Beauty’ was in the mid-2000s, when thin, young models were ubiquitous in campaigns for cosmetics and toiletries. The initial campaign, featuring six curvy women, became a talking point across the media and led to a 700 per cent rise in sales in the first half of 2004. Later billboards included one with a shot of an older woman, asking: "Wrinkled or wonderful?" The campaign – by Ogilvy and Edelman – is ongoing, and among the best examples of a PR-led, long-term initiative that helped position a brand at the forefront of a social movement while lifting sales. 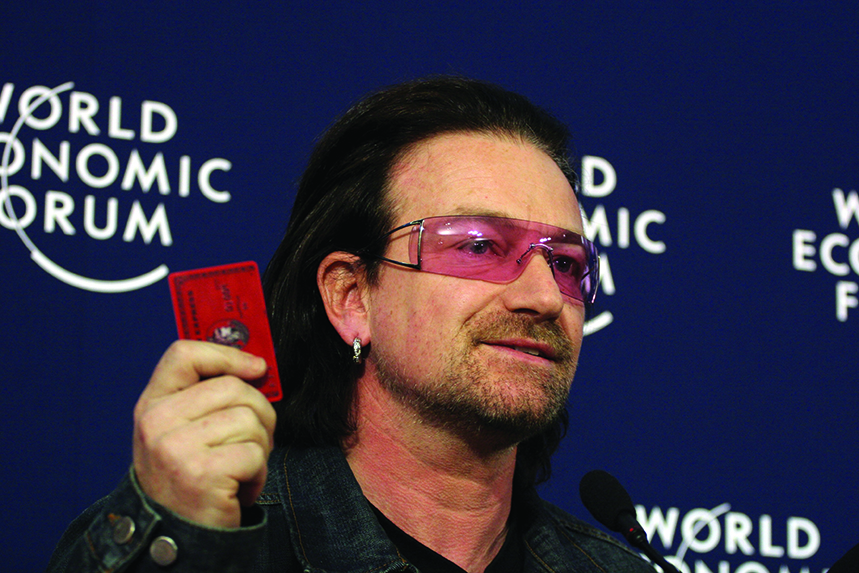 The power of celebrity and corporation combined to create Product (Red), which aimed to raise awareness and money for HIV/AIDS programmes in Africa through the sale of (Red)-branded products. Founded by Bono and activist and attorney Bobby Shriver, with partners including American Express, Gap, Converse and Giorgio Armani, it launched with a big fanfare at the World Economic Forum in Davos. PR – provided by Freuds - was key, and media involvement crucial; examples included Bono editing the ‘Africa Issue’ of Vanity Fair, and The Independent producing a Product (Red) edition designed by Armani. Some claimed Product (Red) was less efficient and effective than direct donations, given the adspend, and brands were too focused on pushing their own products – but it was a true innovator in charity comms.

CRUK used a multifaceted PR and lobbying drive to achieve one of the most significant pieces of public-health legislation yet enacted. The CancerCampaigns website, promoted by emails targeting 40,000 people, encouraged members of the public to contact their MP through the portal. Fiona Castle – widow of entertainer Roy, she continued to campaign for a smoking ban after his death from lung cancer in 1994 – delivered a pro-ban petition to Downing Street. Stunts included a tug-of-war outside Parliament between a people dressed as cigarettes and others as food to ridicule a plan to exclude pubs that didn’t serve food from the ban. MPs and media were sent a fake cigarette packet bearing a warning that "secondhand smoke kills barworkers". MPs voted for a complete ban in England by a majority of 200 in February 2006. Of 646 MPs, 595 were contacted via CancerCampaigns an average of 15 times.

Movember – a sponsored moustache-growing event to highlight men’s health issues – started in 2003 when Australians Travis Garone and Luke Slattery sought to revive a facial hair trend while raising money to fight prostate cancer. Officially launched in the UK in 2007 with The Prostate Cancer Charity, Movember succeeded because participation and support were open to all, it had a good story and good humour at its heart, and its rise coincided with the spread of social media. Movember also lent itself to tie-ins – with brands from HP Sauce to Gillette – helping to grow a grass-roots movement into a global men’s health charity that continues to fight for the cause. 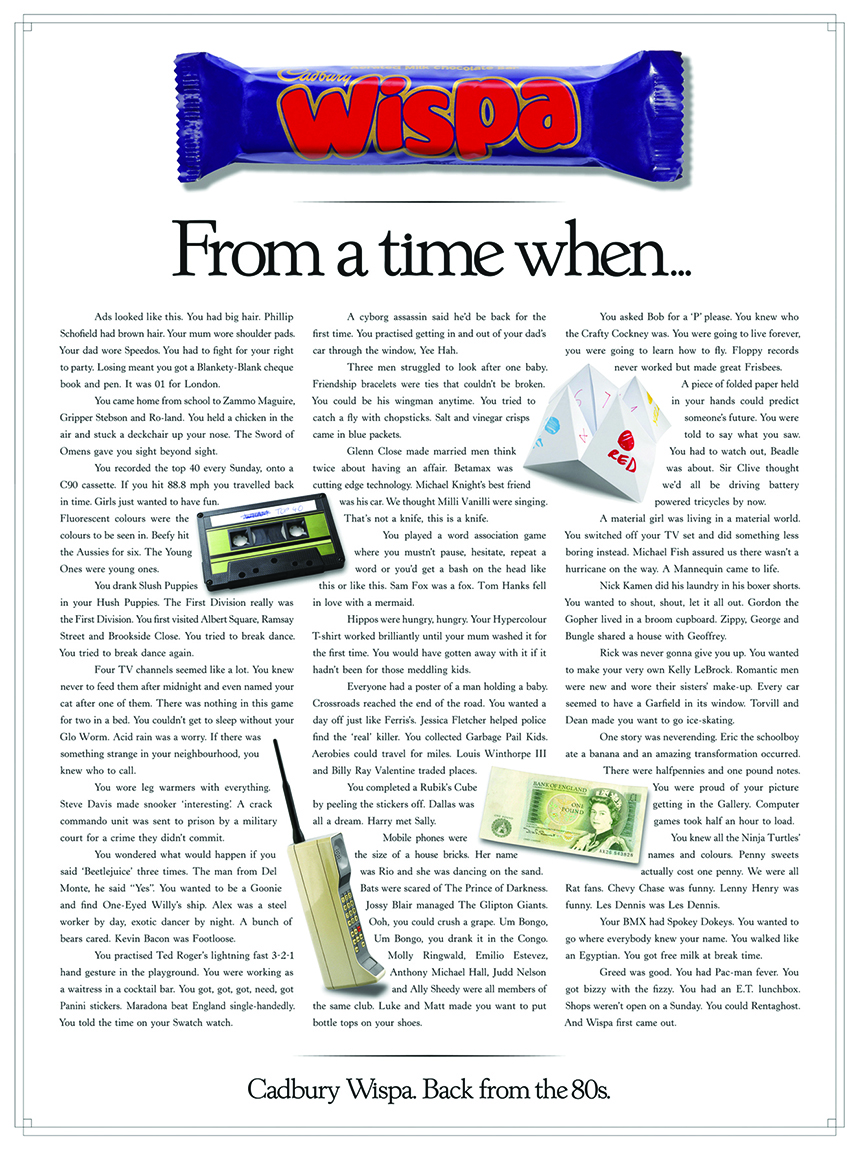 This campaign was among the first UK examples of a company reacting to social-media buzz. Cadbury brought the Wispa bar back after thousands of people on Facebook, MySpace and Bebo called for it. Borkowski PR, the agency advising Cadbury, said Wispa, which had gone out of production four years earlier, would be back on sale for a limited period. Some doubted how independent the campaign was, but it was certainly effective: 20 million bars were sold over a seven-week trial period, and Wispa returned to Cadbury’s full line-up in 2008. 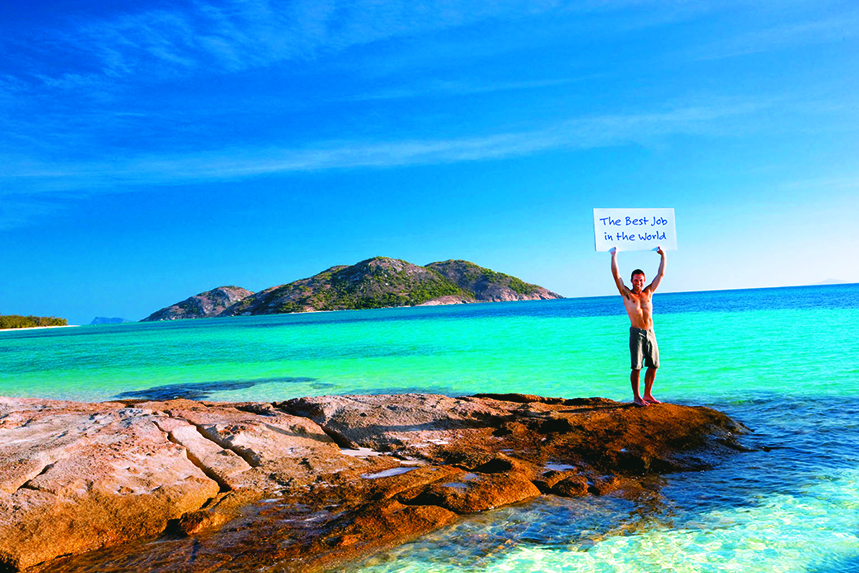 Winner of the first Cannes Lions PR Grand Prix, this campaign, by London’s Hills Balfour Synergy, captured the world’s imagination by positioning a caretaker role on the Great Barrier Reef as the "best job in the world". Combining intensive media relations with social-media activity, candidates applied with videos, which were used to promote the campaign. Specialist media linked to candidates’ interests were targeted, plus mainstream press. The finalists’ visit to Hamilton Island was covered by more than 22 media crews and 86 broadcast interviews were given over three days. More than 34,000 people applied for the job, 475,855 voted for their favourite candidate and visitor bookings rose 82 per cent.

The actor, named Communicator of the Year at the PRWeek Awards 2009, was a formidable force in the campaign to grant UK settlement rights to former Gurkha troops. Able to move seamlessly from media scrum to heavyweight politics programmes, she had the clout to secure meetings at the highest level. Her campaign, which led to a government U-turn, had a strong argument at its heart, but the star’s profile and media skills were vital in pushing the issue up the agenda.