The Big Breakfast burst onto UK screens in September 1992, offering a very different morning TV experience with its humorous and often anarchic style. First presented by Chris Evans and Gabby Roslin – the Channel 4 show soon gained a following. It was made by Bob Geldof’s production company, Planet 24, which hired Freuds for the launch and initial period, helping establish the agency as a serious player in media and entertainment. Part of the PR operation involved publicising what had happened in the ‘Big Breakfast house’ to tabloids eager for celebrity news and gossip. It became the UK’s most-watched UK breakfast TV programme at its height, with two million viewers tuning in each day.

The ultimate one-man-brand and master of the eye-catching photo shoot, pre-knighthood Richard Branson had become a byword for the go-getting, entrepreneurial high-flyer in the 80s, an image he continued to cultivate in the following decade. A key facet was his ‘anti-establishment’ image, which was heightened after he won a payout in a High Court verdict against British Airways for libel over his rival’s ‘dirty tricks’ campaign against Virgin Atlantic. BA apologised "unreservedly" for its activities and agreed to pay £500,000 damages to Branson and £110,000 to his airline. Among other things, BA was accused of undermining the Virgin founder and his company’s reputation in the City and the press – BA had earlier accused Branson of being a publicity-seeker.

The UK’s National Lottery was a staggering success in its early years. Set up by John Major’s government and franchised to the operator Camelot, the launch show was watched by an incredible 25 million people, with almost 49 million tickets bought for the first draw. The PR campaign stoked huge media interest, particularly its focus on happy winners, while "It could be you" proved an inspired, aspirational slogan. The campaign shrewdly focused on money raised for good causes to counter critics who claimed it promoted gambling. In the first year, £267m was raised for good causes, with a further £154m donated to charity.

Floating Jacko down the Thames (1995) 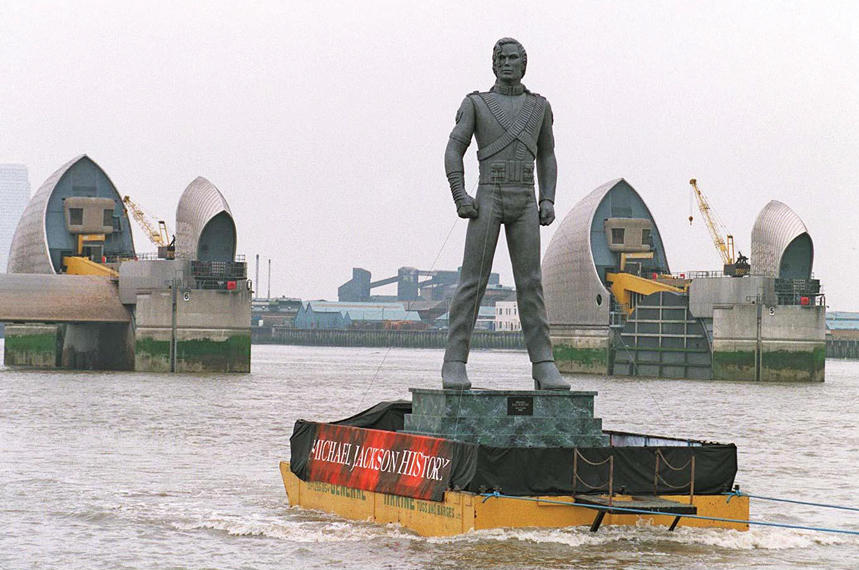 Creative types, cover your eyes. Nothing has become more of a byword for hackneyed publicity stunt than launching something eye-catching and usually oversized onto London’s famous river. While we can’t say Jacko was the first example of the genre, this iteration certainly popularised the craze that can – for good or ill – still be effective. The stunt was to promote Jackson’s 1995 HIStory tour, attracting 4.5m people to its 82 dates.

Not since Richard Branson had an entrepreneur engaged in personal branding as well as flamboyant Greek millionaire Stelios Haji-Ioannou, who launched his low-cost airline, with its distinctive orange livery, in 1995. Like Branson, Haji-Ioannou, near-universally referred to only by his first name, pitted himself as plucky David to industry goliaths. He told PRWeek in 2002: "The problem is that when you start a company you never have enough marketing budget and the media are more interested in people. The person behind the company is more likely to generate free publicity… I decided the way of improving my chances of success was to try and personalise the business." Successful early campaigns focused on flights from Luton to Glasgow and Edinburgh being "as affordable as a pair of jeans – £29 one-way". 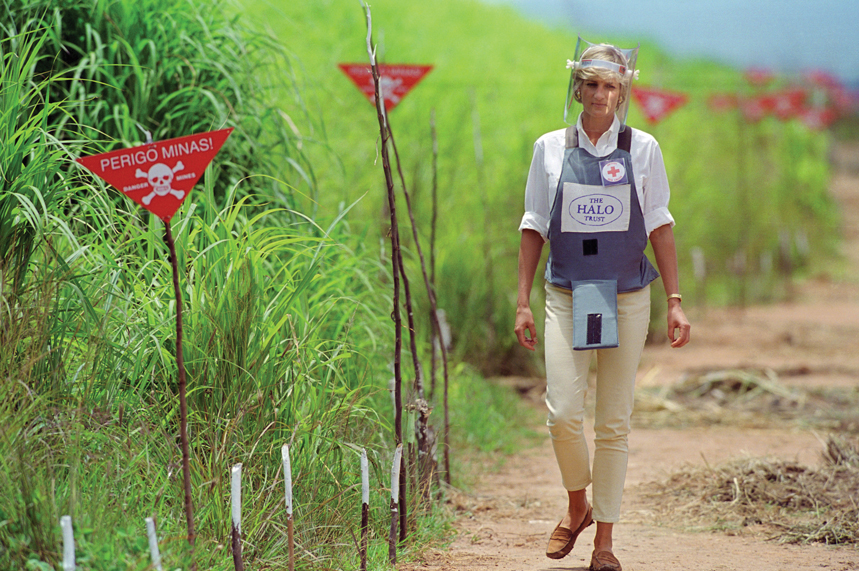 Has the support of a celebrity done more to advance a cause so quickly? Months before her death in 1997, Diana, Princess of Wales, became the face of the campaign to ban landmines. In January the world’s most famous woman catapulted the issue into the global public consciousness by walking through a live minefield in Angola, an event arranged by humanitarian landmine-removal charity The Halo Trust. Media coverage was huge, and by the end of the year, 122 governments signed up to the Ottawa Treaty to eliminate the production and use of mines. The International Campaign to Ban Landmines won the 1997 Nobel Peace Prize. 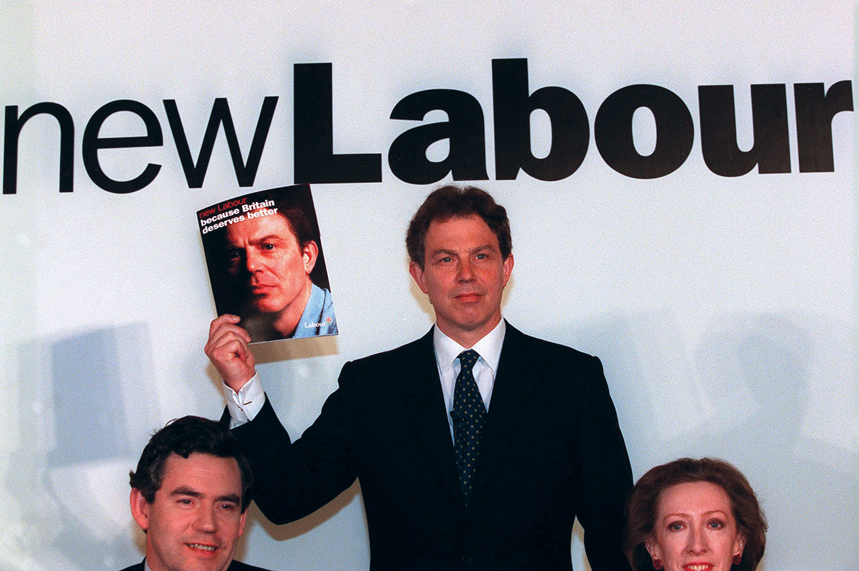 Labour’s 1997 general election campaign was among the most impressive to date. The party’s savvy rebranding as New Labour suggested a break from the seemingly unelectable party of the Militant years. In Tony Blair, it had a fresh-faced and charismatic leader with an optimistic programme – encapsulated in the adopted theme song 'Things Can Only Get Better' – that was the polar opposite of the tired, scandal-hit Conservatives. Of course, it also had a master of media relations in campaign director and former Mirror political editor Alastair Campbell. Getting The Sun to back the party was the biggest single media coup as the New Labour message resonated beyond the party’s traditional base and swept Blair to power. 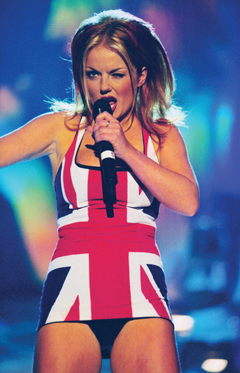 The UK’s biggest pop act of the second half of the decade was also a marketing and PR masterclass, as The Spice Girls, managed by pop svengali Simon Fuller, became a headline-writer’s dream. Epitomising this was Geri ‘Ginger Spice’ Halliwell’s performance in a Union Jack minidress (with CND sign on the back) at the 1997 Brit Awards. The 90s Britpop boom, the rise of New Labour and the ‘end of the Empire’ as the UK left Hong Kong had spurred countless discussions about the national identity. The dress idea was apparently Halliwell’s. "She had a real sense of what would catch on in the press," fellow Spice Girl Melanie Brown said later.

Greenpeace was at the forefront of shifting public opinion away from ‘cheap food at any cost’ in the late 90s to a point where supermarkets were forced to acknowledge consumer pressure and take steps to remove genetically modified (GM) products and ingredients from their shelves. The group campaigned on various fronts, including direct dialogue with supermarkets, manufacturers and consumers. It conducted GM ‘supermarket tours’, highlighting the GM ingredients on sale, and created a traffic-light system on its website putting the spotlight on retailers that used such products. The term ‘Frankenstein foods’ began to appear in the media, and the arrest of 28 protesters in 1999 for destroying GM crops in Norfolk met with some sympathy.

What started as a quirky, risqué, local charity calendar became a global media phenomenon. Eleven friends from the Rylstone Women’s Institute in North Yorkshire posed naked (with strategically-placed items to preserve their modesty) to raise money for charity Leukaemia & Lymphoma Research after one member lost her husband to non-Hodgkins lymphoma. Their calendar,launched in April, sold 88,000 copies that year alone; another 240,000 were sold in the US in 2000. A hit film and stage musical followed, plus numerous copycat calendars. If PR is the art of storytelling, this had it all.