The late 1970s were difficult for The Rolling Stones, who were portrayed by the media as ‘dinosaurs’, while drug reports had limited their commercial prospects. In 1981 the band embarked on an ambitious stadium tour of North America and Europe, and an experiment in how to communicate about a rock band. Mick Jagger hired young music PR Alan Edwards, and they made media relations a top priority, with advance press tours that displayed the same ambition and focus as the live shows. The wider comms campaign was unusually professional and sophisticated, with a vibrant-yet-controlled approach. It also embraced new types of visual branding, sponsorship and affiliate marketing, opening the eyes of marketers everywhere. The 1981 US tour generated more than $50m in revenue, twice that of any previous tour, and there were innovative spin-off products. A 60s counter-cultural phenomenon had been transformed into a thriving modern business.

'Friendship, parties and being creative' - Lynne Franks on 'technicolour' PR in the 1980s

The introduction of the BBC Micro represented a revolution, aided by a PR campaign to shift perceptions of computers. For its Computer Literacy Project, the BBC teamed up with British company Acorn Computer to create a system billed as both fun and educational; a departure from the games-focused machines on the market at the time. Crucially, the government, keen to improve IT skill levels, offered schools funding to buy BBC Micros. It caught the zeitgeist, and in late 1984, Acorn said it was delivering 40,000 machines a month, accounting for an estimated 85 per cent of computers in British secondary schools. 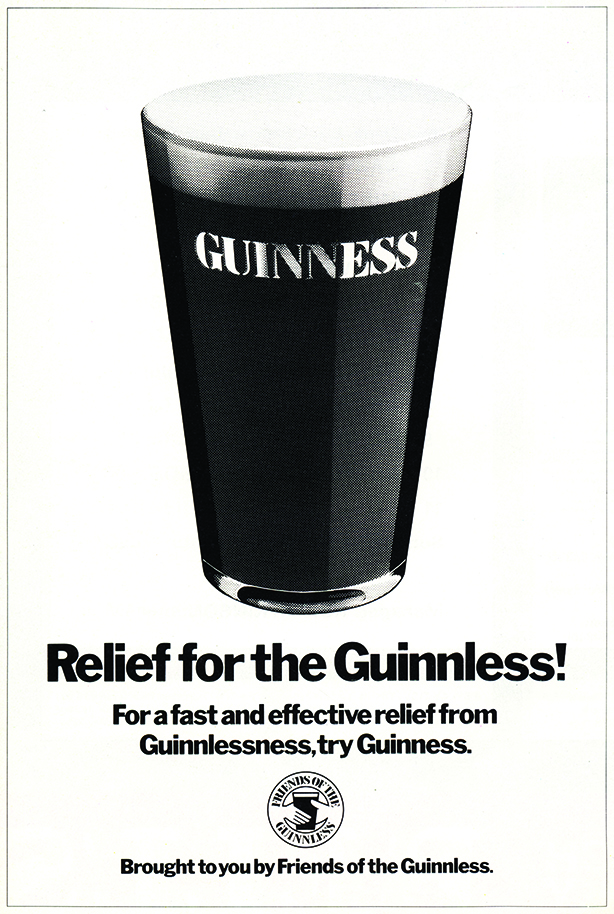 Shortly before the barnstorming Guinness ads of the second half of the 80s and the 90s, it ran a campaign that, unlike many of its classic executions, had a clever PR message at its heart. The famed ‘Guinness is good for you’ slogan was twisted to create ‘Guinnless isn’t good for you’, a play on the idea that advertising regulators would no longer accept the original tagline. Aimed at non-Guinness-drinkers, ‘Guinnless’ focused on those who had ‘gone too long’ without the drink. The campaign, supported by activities including the Guinnless Games sports contest, helped to arrest a sales decline. 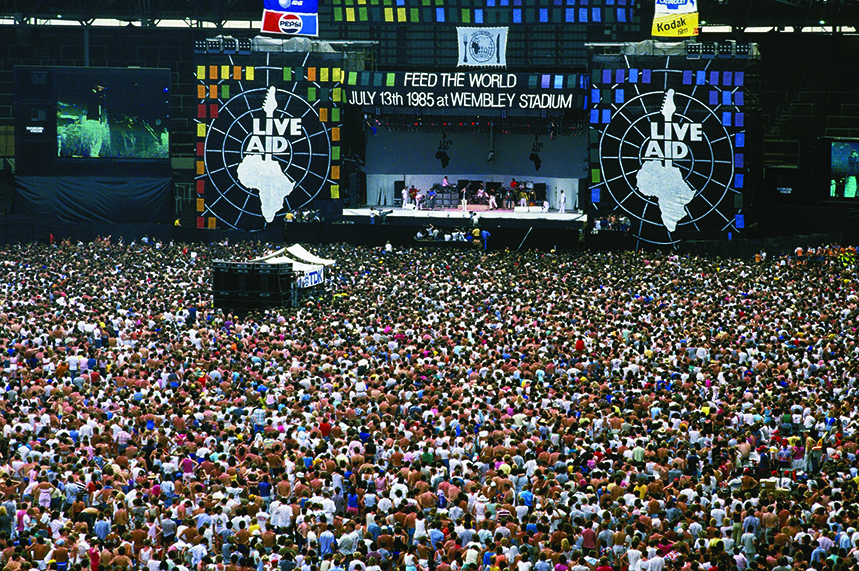 PR was at the heart of arguably the most prominent charity movement ever. Michael Burke’s harrowing 1984 BBC News report on Ethiopia’s famine sparked action, led by Bob Geldof and Midge Ure, that harnessed celebrity and influence to great effect. Band Aid’s multimillion-selling Do They Know It’s Christmas? featured some of pop’s biggest names. Live Aid – two concerts held simultaneously in the UK and US on 13 July 1985, organised by Geldof and promoter Harvey Goldsmith – is estimated to have directly raised £150m for famine relief. Live Aid would be criticised, not least for perpetuating negative stereotypes about Africa, but as an event that captured the zeitgeist with dramatic impact, it was a PR dream.

The 1980s was a decade of charity extravaganzas, and Comic Relief was another such initiative – created in response to the famine in Ethiopia, but also tackling problems in the UK. Founded by charity worker Jane Tewson, comedy writer Richard Curtis and others, Comic Relief was launched on live TV – during BBC One’s flagship Noel Edmonds’ Late Late Breakfast Show – from a refugee camp in Sudan, on Christmas Day 1985. It quickly established itself as an annual (later biennial) event, fuelled from the early days by media buzz about the shows and fundraising endeavours of its high-profile participants. Lenny Henry, Rowan Atkinson, Stephen Fry and Billy Connolly were among the stars of the inaugural live show in 1986, and the concept developed during the decade – the first live Red Nose Day telethon, in 1988, raised £15m. A natural successor to Amnesty’s Secret Policeman’s Ball, Comic Relief was less overtly political and had a broader humanitarian purpose. With a simple message – that every penny raised goes directly to help those in need – delivered by household names, it was a PR triumph.

The archetypal ‘purpose-led’ business, the skincare and cosmetics firm, founded by Anita Roddick in 1976, came into its own in the 80s through its overt ethical positioning. Notable activities include its campaign against animal testing and its ‘Trade not aid’ push to source ingredients directly from native communities. But this was The Body Shop’s first major social activism campaign – an alliance with Greenpeace to campaign against whaling while promoting substitutes for the whale oil used in cosmetics products. This was no ‘woke-washing’; from the outset Roddick’s vision had been to sell ethically sourced, cruelty-free products with natural ingredients. And while she didn’t like to advertise, the founder was never one to turn down an opportunity for publicity.

In the Thatcher-led era of privatisations, the Department of Energy needed a strong selling point to encourage investment in the public offer for utilities. The ad campaign, by Young & Rubicam, created awareness, while the PR push outlined the timetable and reasons to get involved. The ‘If you see Sid, tell him’ slogan assured the public that the share offer was huge, and millions approached the British Gas Share Information Office to apply. The campaign’s comms team was led by Tony Carlisle, then chief executive of Dewe Rogerson. 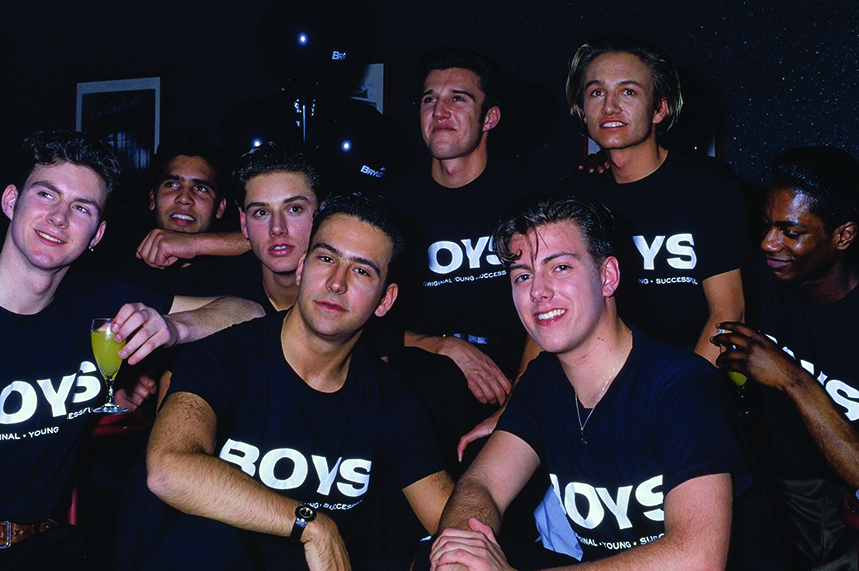 One of the best brand rejuvenation campaigns ever and, according to PR guru Mark Borkowski, the first example of successful guerrilla PR. Brylcreem sales were flagging by the mid-80s, with the hair product being firmly associated with older generations. Lynne Franks PR devised the Brylcreem Boy competition, whereby handsome, intelligent young men could appear in ads for the brand, in a tie-up with Boots. Candidates queued in their thousands for the chance to take part in regional finals. This generated posters, local media interest and a magazine, featuring clubs, bands, gadgets and music. The national winner was unveiled at a photocall in London, accompanied by the original ‘Brylcreem boy’, Denis Compton – in 1950 the brand had been one of the first to sponsor sports stars, when it reportedly signed the former England cricketer and Arsenal footballer to a nine-year deal, worth £1,000 a year, to promote it.

Ian Botham crosses the Alps on an elephant (1988) 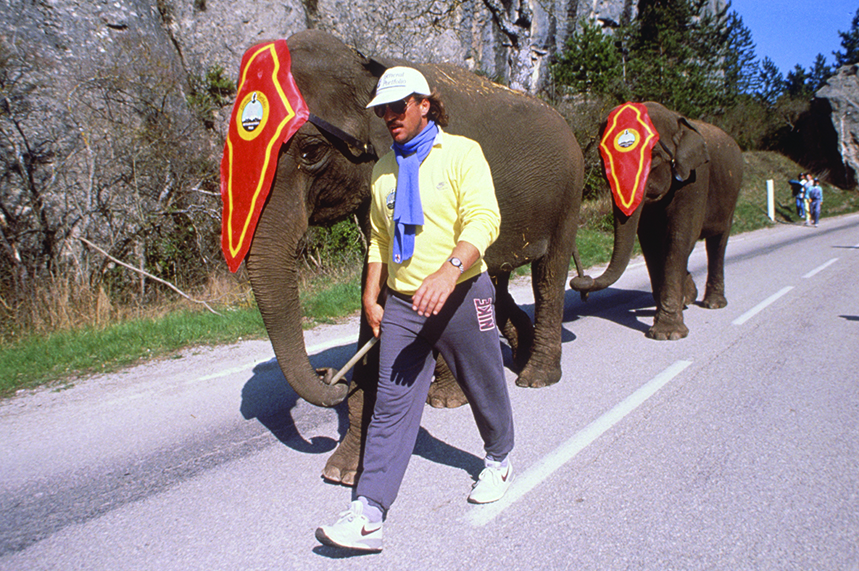 England cricket star Ian Botham performed a remarkable image makeover in the 80s, from drinking, weed-smoking ‘bad boy’ sportsman to serial charity fundraiser for leukaemia research and all-round ‘man of the people’. His epic charity walks began in 1985 with a hike from John O’Groats to Land’s End, but his most eye-catching escapade came three years later, when ‘Beefy’ tried to recreate Hannibal’s crossing of the alps with elephants, aided by PR man Mark Borkowski. The resulting images were seen far and wide. 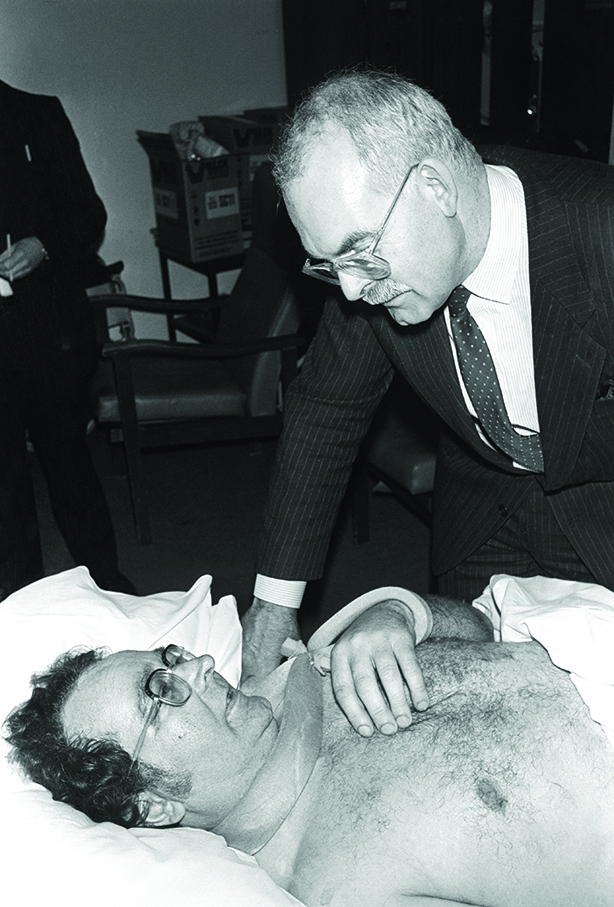 On 8 January 1989, 47 people died when British Midland Flight 92 crashed near Kegworth, Leicestershire, while attempting an emergency landing at East Midlands Airport. The response is seen as a crisis communications benchmark to this day, combining fast and honest responses to the media delivered with compassion. British Midland chairman Michael Bishop began briefing media in the car on the way to the scene, emphasising that he understood how passengers’ relatives must feel because he knew the crew members. He later cut a sympathetic figure at a 4am press conference. Visiting survivors in hospital, praising emergency services, and offering an interim £5,000 payment to victims’ families also emphasised his compassionate side. Ticket sales at British Midland actually held steady after the disaster and later grew.

PRWeek made the final selection, but which campaigns did we miss? Let us know by tweeting @prweekuknews, or email John.Harrington@haymarket.com