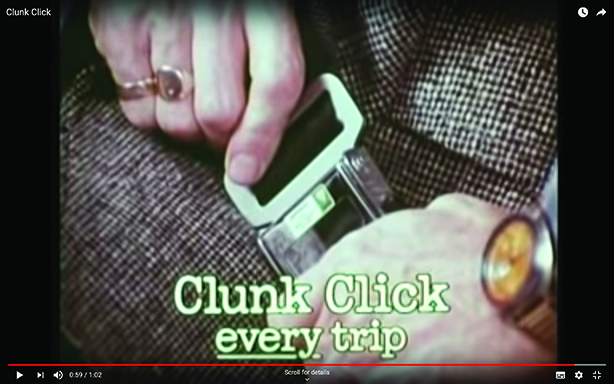 Among the most prominent and memorable road-safety campaigns of the era, ‘Clunk click’ was as much a PR initiative as it was advertising-led. With its catchy use of onomatopoeia in the slogan, representing the sound of the closing car door and seat belt fastening, it helped normalise seat-belt use before laws made it compulsory for those in the front seats of a vehicle in 1983 (it did not become compulsory in the back seats until 1991). Public information films shown on TV highlighted the danger of being thrown through a car windscreen in a collision, while publicity for the cause was heightened after the government began the annual reporting of road deaths and serious injuries.

On 15 February 1971, coinage used in the UK for generations was abolished, meaning goodbye to the shilling, half-crown and sixpence and hello to the "new pence". This change was heralded by a major publicity campaign, with the involvement of TV channels crucial. In the weeks before implementation a series of five-minute information shows called Decimal Five were aired by the BBC. ITV, meanwhile, showed a drama called Granny Gets The Point about a woman getting to grips with the changes. A song by entertainer Max Bygraves, Decimalisation, became the catchy theme tune to the overhaul, and on the big day, BBC1 broadcast a schools programme called New Money Day, featuring a puppet teaching children about the new coins. The change-over was widely viewed as smooth.

'You nearly killed me!' - from brilliant to disastrous... PR pitching in the 1970s 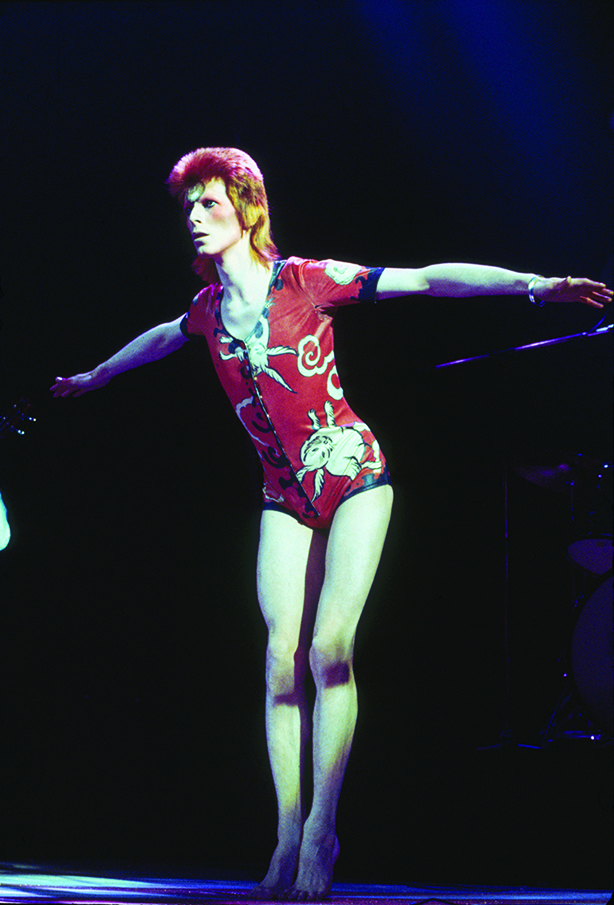 Few musicians have matched Bowie’s ability to draw publicity, and his decision to perform in the guise of Ziggy Stardust proved a PR as well as a musical triumph. The move contained that important PR facet: an engaging, mysterious story. The narrative, that Ziggy was an omnisexual alien rock star sent to earth as a messenger for hope, was relayed during media interviews, creating mystique and anticipation for the album The Rise and Fall of Ziggy Stardust and the Spiders From Mars. Bowie knew how to generate headlines, telling Melody Maker before Ziggy’s debut that he was gay (despite being married to a woman at the time, with whom he had a young child; in a 1976 Playboy interview he declared himself bisexual, and in 1983 told Rolling Stone he was "always a closet heterosexual"). There was just one year of ‘Ziggy mania’ before his farewell performance in 1973. Bowie’s career would continue into the stratosphere, however. 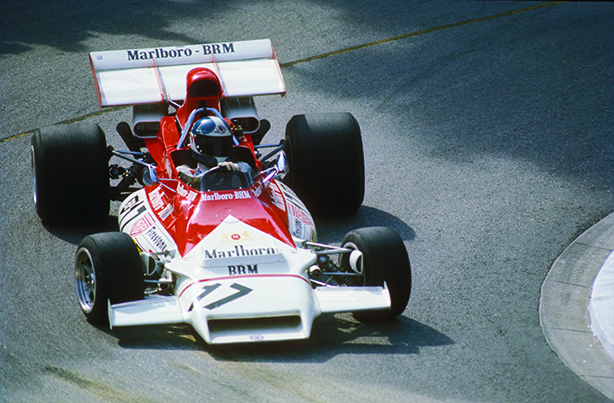 It may be anathema these days, but Marlboro’s involvement in motor racing proved a big brand-building opportunity in the 70s. Activity started in 1972 with sponsorship of F1 team BRM, and the Philip Morris cigarette brand later backed the Frank Williams Racing Cars team (the cars registered as Iso-Marlboro), then McLaren. Images of superstar driver James Hunt winning the 1976 World Championship in a Marlboro-branded McLaren generated massive exposure. A ban on tobacco brands advertising at sporting events – and therefore sponsoring motor racing – came into force under UK and EU law in 2005. 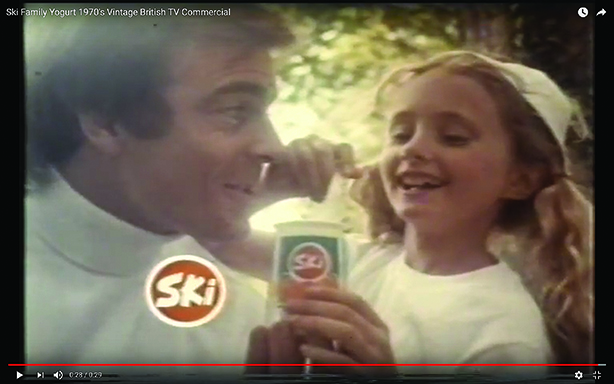 Yoghurt is a staple of British fridges these days, but it was the talk of the kitchen in the 70s thanks to a successful media-relations programme for sister brands Eden Vale and Ski, then owned by Grand Metropolitan. The campaign, by Kingsway Public Relations, was led by Betty Jakens, board director of the food and drink division, account director Maureen Gillespie, and a young home economist – called Mary Berry. They created diets, nutritional guidance and recipes as part of an extensive publicity drive credited with establishing the product. 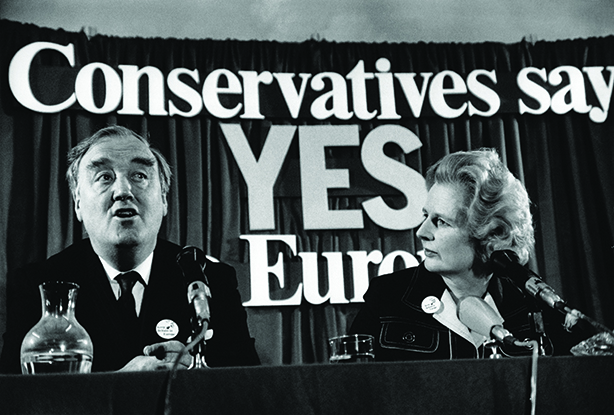 Long before Brexit, there was the campaign to stay in the European Economic Community (as it was then called), which the UK had joined in 1973. Unlike in 2016, ‘big business’ overwhelmingly favouring membership was crucial in 1975, with major firms openly backing the Britain in Europe campaign. From WHSmith to Rio Tinto, British businesses spread the message, canvassing staff and their families, customers and shareholders. Posters backing membership, distributed by the CBI, relayed the message. Margaret Thatcher was among the politicians who supported the campaign, as did most national newspapers. Voters approved continued membership by 67 to 33 per cent.

A precursor to awareness- and fundraising events such as Live Aid and Comic Relief, Amnesty International’s Secret Policeman’s Ball series of benefit gigs features performances by stars of the day to generate big publicity for the charity. The original show – A Poke in the Eye (With a Sharp Stick) – was conceived to mark Amnesty’s 15th birthday, with a line-up of stars including members of Monty Python and Peter Cook. The release of a film and album of the performances helped sustain interest. The show’s success led to a second, The Mermaid Frolics, in 1977 and The Secret Policeman’s Ball, a run of four shows, in 1979, which spawned irregular series in a similar vein. Amnesty said awareness of its work grew 700 per cent between the first and last of the early shows (1976-1981), while Bob Geldof, Bono and Sting are among those to have cited them as an inspiration for their charity work.

Masterminded by manager Malcolm McLaren, everything about the seminal punk band seemed designed for maximum media exposure, from aggressively anti-establishment lyrics and fashion to swearing on live TV. Then there were the stunts, including the public signing of the band’s short-lived contract with A&M Records outside Buckingham Palace in March, and a performance of God Save the Queen on the Thames on Jubilee night in June. Despite being banned by the BBC, other broadcasters and some stockists, the single sold more than 150,000 copies. The Sex Pistols shone brightly before collapsing in 1978, but in their prime, few acts courted publicity so effectively.

Among abiding memories of Margaret Thatcher’s first general election victory was the Tories’ ‘Labour isn’t working’ poster, depicting a snaking dole queue. But underpinning the Saatchis’ eye-catching creative was a well-targeted PR campaign – overseen by Conservative director of publicity Gordon Reece, aided by a pre-knighthood Tim Bell – which from February 1978 helped the Iron Lady win over the media. In a campaign dominated by TV as never before, Thatcher was seen drinking tea in a factory, swinging her shopping bag and even cuddling a lamb. Controversy from the ‘queue’ poster rebounded positively for the Tories; Labour’s Dennis Healey denounced it in Parliament, claiming the people in the ad were actors, which gave party spokespeople a platform to discuss Labour’s record and the Conservatives’ policies. 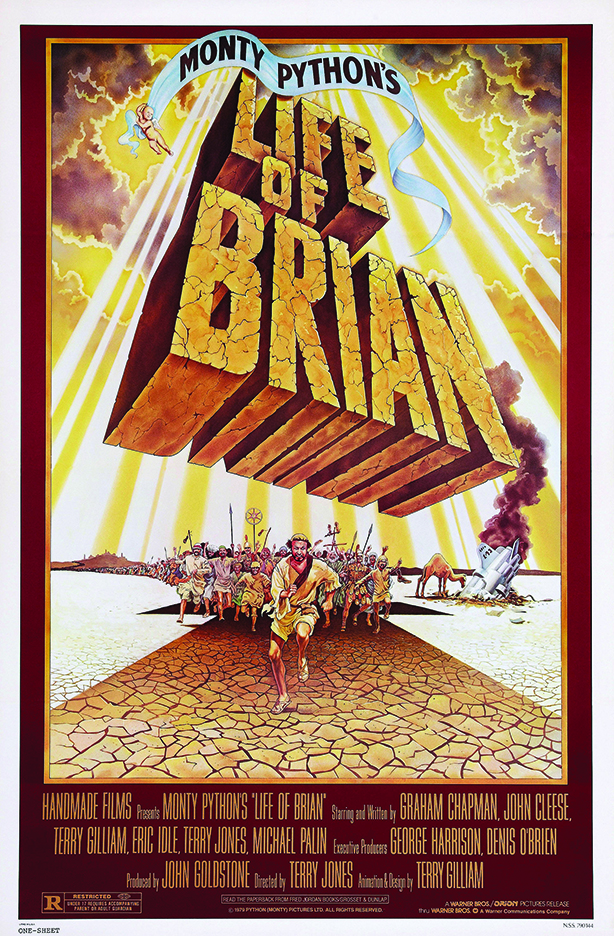 Blasphemy, censorship, stars and one of the best comedy films ever – Life of Brian had it all. The release of the Biblical satire generated countless column inches. It was banned by 39 UK councils, and elsewhere, and protests kept it in the news for months. Python Terry Jones said the ban in Swansea was "excellent publicity", and the controversy was gleefully exploited with the line: "So funny, it was banned in Norway!" The Pythons discussed the issues in highbrow settings such as BBC2 debate show Friday Night, Saturday Morning, where John Cleese and Michael Palin deftly countered claims from the Bishop of Southwark and Malcolm Muggeridge. Life of Brian was the fourth-highest-grossing film in Britain in 1979, despite having been released only on 8 November.