Since it is the dog days of summer it seems appropriate to celebrate this week’s National Dog Day with some canine-oriented marketing. Pet-product DTC subscription service BarkBox enlisted the New York City Gay Men’s Chorus to create custom "praise songs" for dogs, timing its #PraiseDog campaign for Monday‘s National Dog Day. Dog owners could get the chorus to sing a song about their pet by replying to @barkbox on Twitter with their dog’s name, a photo and description of why they deserve praise. Hallelujah to that. Check out more on BarkBox and the communications strategies of other DTC brands in our recent in-depth feature, which you can find here.

PR legend in the house 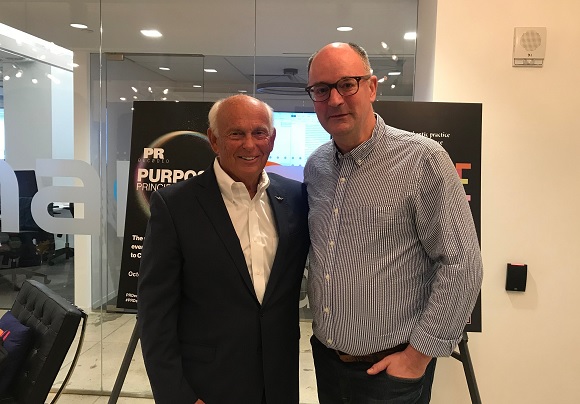 PRWeek was delighted to host former Burson-Marsteller CEO Chris Komisarjevski in the office this week. As a father to nine children and former Vietnam War helicopter pilot Chris K is a legend in more contexts than just the PR industry, and news of his visit shared on LinkedIn was greeted warmly by Burson persons and other former colleagues. "One of the PR world’s great pragmatists. Always clear. Always on point," said comms veteran Steve Hoechster. "PR legend indeed and most importantly a wonderful, classy individual," said BCW Global EVP and MD Steve Naru. "First class. Mentor and coach to many," said former Burson, now Edelman executive Jorge Ortega. And Burson alum Erin Rice-Mills summed up: "Your genuine caring of people, down-to-earth leadership, vision and values are what made you our great CEO." 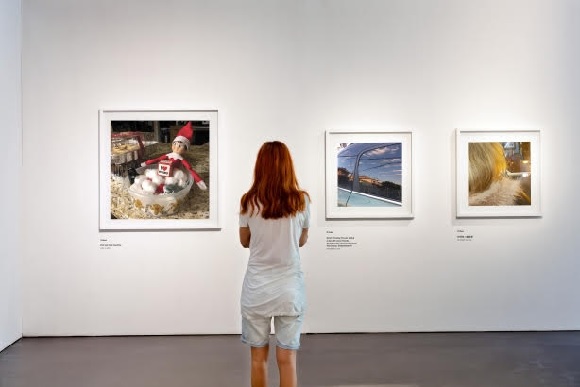 Our featured campaign this week profiled an on and offline art exhibit curated by Pernod Ricard’s Mexican coffee liqueur brand Kahlúa highlighting Instagram posts that received zero likes on the social platform. Droga 5 and Ketchum teamed up on the Zero Likes Given exhibition to noodle around the serious side of Instagram that prioritizes likes over everything else and add playfulness into the scenario. Kahlúa became the most-talked-about alcohol brand on social media following the launch and the activation earned 70 pieces of media coverage. 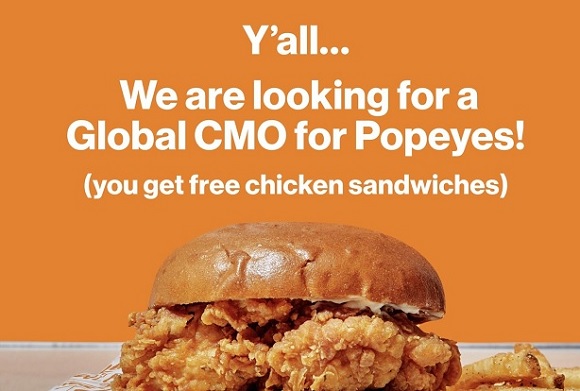 Popeyes offered free chicken sandwiches as a perk for the person who comes in as its new global CMO, flagged up on LinkedIn by parent company Restaurant Brands International’s CMO Fernando Machada. Twitter was the forum earlier this month for chicken sandwich wars between Popeyes, Wendy’s and Chick-fil-A, which led to Popeyes selling out. Machada has already worked some social media magic for RBI’s Burger King brand that saw it do well at Cannes for things like its Whopper Detour campaign.

Marketers rise up to the C-suite

There has been much talk about the role of CMOs recently as companies including Johnson & Johnson, McDonald’s, Uber and Lyft all scrapped the role. There was an interesting sidebar this week when Arby’s promoted its CMO Jim Taylor to president, reporting to Paul Brown, CEO of Arby’s parent Inspire Brands. An Arby’s rep told PRWeek Taylor will tentatively continue with his CMO responsibilities, so it’s still unclear whether that role will be formally replaced. Taylor replaces another former Arby’s CMO Rob Lynch, who joined Papa John’s as CEO after a tumultuous year for the pizza chain in which founder John Schnatter was embroiled in controversy around the use of racial slurs. So, CMOs are moving up the executive food chain, but not necessarily being replaced, which likely means bigger roles for the companies’ respective communications leads. 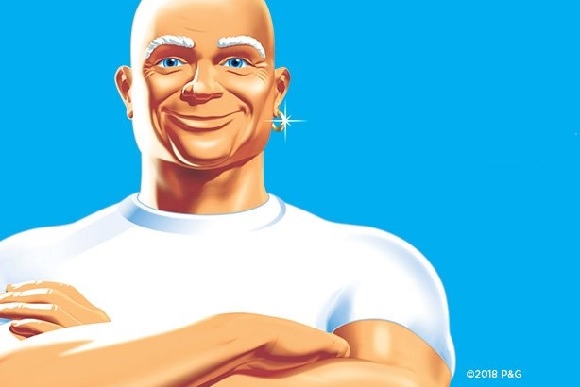 Procter & Gamble has selected MSL to work on its surface care business, which includes the products Swiffer and Mr. Clean. The Publicis firm already works on P&G's feminine, baby, personal health, family care and oral care portfolios. MSL hired Marina Maher executive Diana Littman as its new U.S. CEO in January this year. MMC responded by poaching away MSL’s P&G account lead Rema Vasan in June. Nicole Scull took over Vasan’s duties and it will no doubt have been reassuring for the Publicis firm’s execs that they have absorbed the loss of Vasan and still managed to win further P&G business. 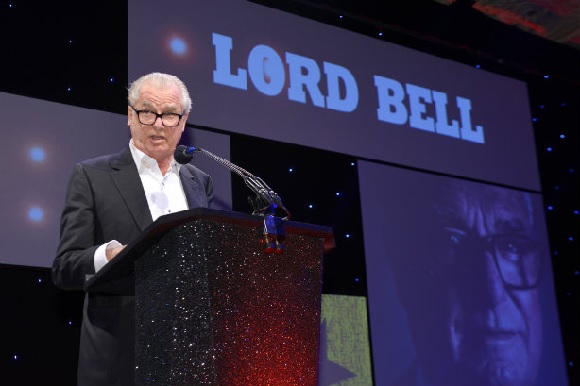 The larger-than-life and eccentric doyen of U.K. PR and advertising clearly divided opinion, but his influence was undoubted. One of the best and most nuanced appreciations of his career I read was penned by PRWeek U.K. editor Danny Rogers – you can read it here.

Enjoy the last official long weekend of summer and let’s reconvene full of energy and raring to go in September!